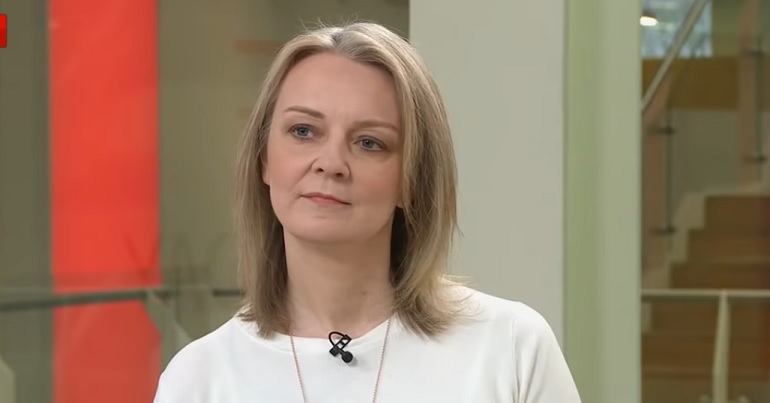 On 31 January, foreign secretary Liz Truss outlined to the House of Commons her plan to impose sanctions against Russia should it invade Ukraine. But she was heavily criticised over her failure to comprehensively deal with money laundering by Russian-linked oligarchs in the UK.

Truss also failed to address the large donations given to her Conservative Party colleagues by some of those oligarchs.

Sanctions have been known to crush the poorest populations while having little impact on the leaders of their respective countries. Although shadow foreign secretary David Lammy welcomed the sanctions, he commented on how:

London is the destination of choice for the world’s kleptocrats. We are home to the services and enablers who help corrupt elites to hide their ill-gotten wealth

He also pointed out that legislation to prevent such money laundering was lacking:

Labour’s Anna McMorrin pointed out that:

More than £4 million has been donated to Tory MPs, including to a quarter of the current Cabinet, by Russian-linked individuals

Meanwhile Labour’s Ben Bradshaw commented on how the US is saying “any new sanctions would be worthless as long as London remains the main international laundromat for dirty Russian money”.

But it was left to Green Party MP Caroline Lucas to go for the jugular:

The Government’s attempt to claim some kind of moral high ground on Russian sanctions is sheer hypocrisy when the right hon. Lady’s party has accepted donations from oligarchs and her Government have turned a blind eye to the Kremlin meddling in our democracy and have held open the door to Putin’s cronies to have their money laundered in London.

illicit finance could be recycled through what has been referred to as the London ‘laundromat’. …

In brief, Russian influence in the UK is ‘the new normal’, and there are a lot of Russians with very close links to Putin who are well integrated into the UK business and social scene, and accepted because of their wealth.

It is not just the oligarchs either: the arrival of Russian money resulted in a growth industry of enablers – individuals and organisations who manage and lobby for the Russian elite in the UK. Lawyers, accountants, estate agents and PR professionals have played a role, wittingly or unwittingly, in the extension of Russian influence which is often linked to promoting the nefarious interests of the Russian state. A large private security industry has developed in the UK to service the needs of the Russian elite, in which British companies protect the oligarchs and their families, seek kompromat on competitors, and on occasion help launder money through offshore shell companies and fabricate ‘due diligence’ reports, while lawyers provide litigation support.

The ISC press release that accompanied the report referred to members of the House of Lords who “have business interests linked to Russia, or work directly for major Russian companies linked to the Russian state”.

Moreover, leaked testimony (redacted by The Canary) by anti-corruption campaigner Bill Browder to the Home Affairs Select Committee named UK firms, with connections to peers, that were hired by Russians to advise on avoiding sanctions.

These UK-based commercial organisations have derived financial benefit from alleged Russian criminals, and have potentially received proceeds of crime as remuneration for their advisory services

One firm named was CTF Corporate and Financial Communications (CTFCFC). This firm was co-founded by Lynton Crosby, who worked on Conservative Party election campaigns.

In November 2019, The Canary published names of Russia-linked oligarchs who donated funds to Tories or their constituencies and the amounts donated. They included: Lubov Chernukhin, George Piskov, and Alexander Knaster.

openDemocracy claimed that the Tories had received more than £3.5m from Russian funders since 2010 as of 2019.

And Reuters reported that according to the Electoral Commission records, Alexander Temerko and UK companies linked to him made:

donations to 11 individual MPs, including [then Conservative Party chair Brandon] Lewis, the chairman of the Tory Party, while helping fund as many as 27 local branches of the Conservative Party in areas where Tory MPs won election in the north of England, Wales and London.

In another article, The Canary published details of leaked files that showed Russian oligarch and Putin ally Suleyman Kerimov donated millions of pounds to Chernukhin’s husband. Searches conducted by The Canary showed Chernukhin donated 43 separate sums, mostly to Conservative Party central office. The total came to over £1.2m from April 2012 to July 2019.

Reuters further asserted that a “senior Conservative Party member” claimed Temerko was “very much behind the attempt to oust” Theresa May as prime minister. Moreover, Reuters suggested there was a coup led by “Temerko’s allies” who “are at the helm of Johnson’s campaign”. This reportedly included former defence secretary Gavin Williamson, Crosby, and “a group of East European businessmen”.

Temerko is known to be a good friend of Johnson, and it’s claimed he has financed the Conservative Party by more than £1m. Reuters claimed Temerko financed Johnson’s allies too, including James Wharton, who ran Johnson’s leadership campaign.

And then there’s Russian Embassy senior diplomat Sergey Nalobin. His father worked for the KGB and his brother for its successor the FSB. Nalobin arranged the launch of the Conservative Friends of Russia (CFR) group, of which Pro-Brexit MP John Whittingdale was honorary vice-president. Additionally, Matthew Elliott, who launched Brexit Central, was a founding member of CFR.

It’s all about dirty money and how those at the centre of power are benefiting, says Browder:

London is one of the main outposts for Russian financial and political influence programmes in the west. It’s floating on a tide of dirty money. All the oligarchs have bases there. They all have homes. All the professional service firms are in London – lawyers, investigations agencies – all running private influence ops on behalf of the oligarchs who are working on behalf of Putin. There’s a huge reluctance in Britain to strangle the golden goose. Because a lot of people very close the centre of power are financially benefiting.

A diplomatic source in Washington told the Times on 4 February:

The fear is that Russian money is so entrenched in London now that the opportunity to use it as leverage against Putin could be lost.

Whether or not Russia invades Ukraine, the question remains: will sanctions be applied against these and other oligarchs? If not, arguably the threat is empty. Though if Truss really does follow the money, she will undoubtedly find it leads to some very uncomfortable places.

Meanwhile the standoff between NATO forces and the Russian Federation remains, with the prospect of war still threatened. And if there is war, there will be no winners.