Nadine Dorries wades into yet another gaffe - The Canary 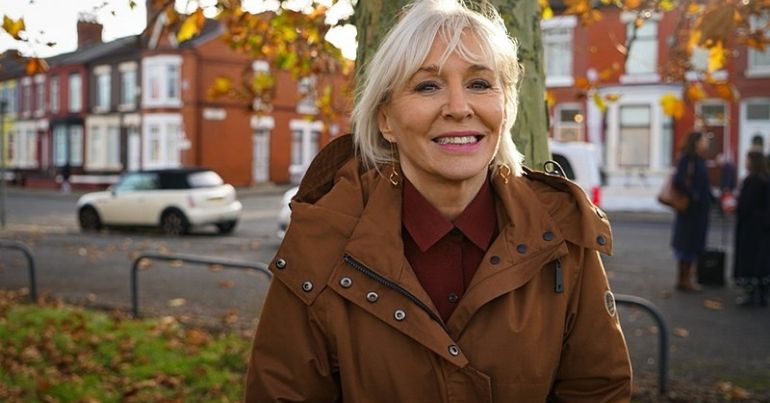 Culture minister Nadine Dorries is no stranger to a gaffe. But her latest error is really stirring up a storm. Dorries is talking up the Tory plan to privatise Channel 4. Her latest outing was an interview with Iain Dale on LBC.

Pink News CEO Benjamin Cohen was among those who picked up something odd in Dorries’ argument:

I love how @NadineDorries justifies privatising Channel 4 by claiming that Channel 5 was privatised 3 to 5 years ago. Channel 5 launched in 1997 as a private business as a result of a franchise auction but I guess you couldn’t expect the Culture Secretary to know this 🤷‍♀️ pic.twitter.com/9kbQVHZM3t

That’s right. Dorries tried to cite Channel 5 as a postive model of privatisation. But there’s a problem here. Channel 5 has been privately owned since it was founded… in 1997.

Cohen also pointed out that Channel 5 was hardly a good example of privatisation being better than non-privatised media. After all, Channel 4 makes several times the revenue of Channel 5:

What is also confusing is that Channel 4’s revenue is about four times that of Channel 5 so I’m not sure why this would make the latter more successful?

Naturally, social media users were quick point out the culture minister’s errors. In fact, even the media correspondent from the right-wing Times newspaper waded in:

In making the case for selling Channel 4, Nadine Dorries points to the success of Channel 5's privatisation, not once, but twice. Channel 5 has never been owned by the government. pic.twitter.com/Ru927I9dO7

As another journalist pointed out, Channel 5 was bought out by a US firm not too long ago. The results are hardly an argument for selling off Channel 4:

Channel 5 launched in 1997 as a private broadcaster @NadineDorries.

They did get bought by a US multinational 5 years ago, so it appears you're saying want Channel 4 getting bought by a foreign company whose interest is profit, not programming. https://t.co/Sjulli9Ayb

Others were even more critical of Dorries. One suggested that the minister might need the UK media landscape explained to her in crayon:

Not only did Nadine Dorries think that Channel 4 was publicly funded, she now thinks that Channel 5 was publicly owned and privatised "3 or 5 years ago" (It's a limited company, and always has been). Someone needs to explain stuff to her – preferably in brightly coloured crayon. pic.twitter.com/qbjSip7nRg

Meanwhile, another person feared that Dorries was a character in some bizarre fever dream he was having:

I've come to the conclusion that I have a terminal illness, and that @NadineDorries is merely a character in some terrible fever dream. It has to be this. Nobody could be so fucking thick and be in public office. She thinks CH4 gets public money and Channel 5 was privatised.

One Twitter user lamented Dorries’ suggestion that Channel 5 was a successful model of neoliberal television by comparing it to Netto, a defunct supermarket chain:

Nadine Dorries points to the privatisation of never publicly owned Channel 5 as a success story of privatisation. 😂

Has anyone ever watched Channel 5? It's like hailing Netto as a successful supermarket.

It was also pointed out that the privately owned Channel 5, unlike Channel 4, was not exactly known for its weighty contributions to culture:

Dorries later claimed to have misspoken, and that her error did not alter her point. True to form, she branded the criticism she had received as personal attacks. However, a number of her critics were not convinced:

Misspoke? And how on earth didn’t it alter the substance of [your] point? You specifically used the “successful privatisation” of Channel 5 to justify why the privatisation of Channel 4 will also be a success. Trouble is Channel 5 wasn never publically owned. Please explain?

But underpinning all of this is the Tory claim that Channel 4 provides biased, liberal coverage while receiving public money. This claim itself is strongly contested, for example, by the fact checking service Full Fact. According to Full Fact:

This is not true in the usual meaning of that phrase. Channel 4 funds itself with commercial operations. Its debt appears on public accounts, but it also pays tax.

So it looks like Dorries, and the Tories generally, are less concerned about turning Channel 4 into a profitable business. It is more likely that they are far more interested in shutting down even vaguely critical media coverage.

So much for their commitment to free speech. It’s just business as usual for the Nasty Party.