Queen's Speech: more corporate fascism on the cards in the UK 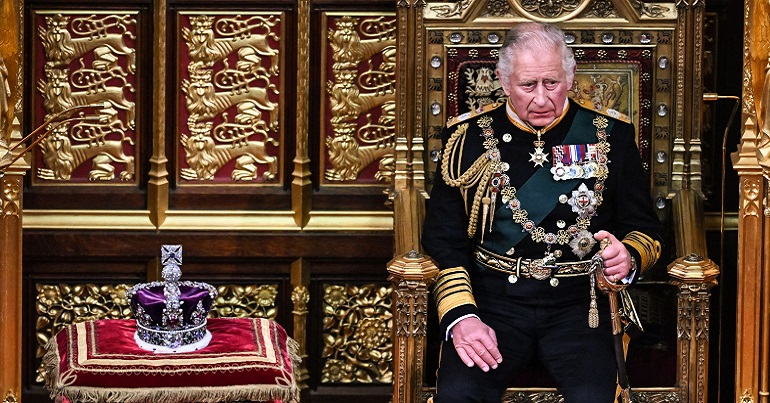 With one relic replacing another (Her Maj was off sick with “mobility issues“), prince Charles filled in for his mum at the Queen’s Speech on Tuesday 10 May. However, the future king was merely a mouthpiece for the Tory government’s ongoing games of class war and corporate fascism. The legislation he revealed will further the UK’s descent into both.

As PA reported, the main takeaways from the Queen’s Speech were:

OK, so there were a few good points – namely action on the P&O Ferries workers’ scandal and a ban on “no-fault” evictions. But overall, the Queen’s Speech was little more than an all-out assault on our freedoms. It also had no action for the poorest people in the UK.

As The Canary has been reporting, the Tory-led government has all the signs of a corporate fascist regime. This is:

a form of oppressive regime that removes civil liberties while handing corporations huge wealth from the public purse as well as giving them power and control over all of us.

The government has already brought in legislation that is corporate fascistic in nature. For example:

Now, with the Queen’s Speech, it’s nearly job done for the Tories. The proposed laws will need organised and radical opposition that aims to disrupt the entire system the government operates within. As The Canary said in February:

Now, all of that needs to go up a gear.