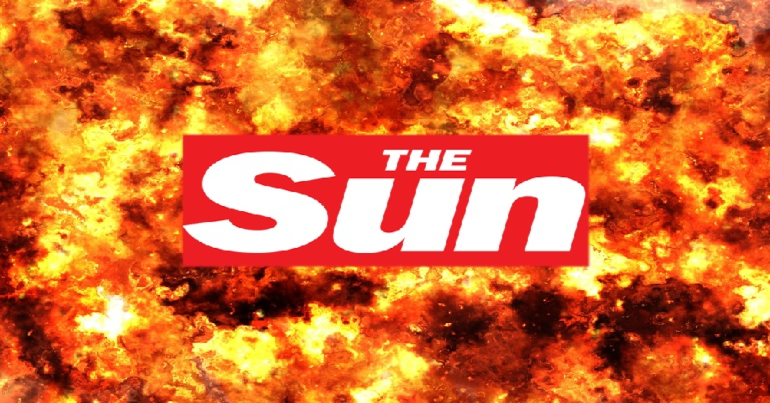 Last Summer Indigo Bond’s photo was plastered over the pages of right-wing newspapers. She was accused of urinating on a police officer.

However, on 10 May, a jury at Bristol Crown Court found Indigo not guilty of public indecency.

Indigo was arrested after the 21 March 2021 confrontation between the police and Kill the Bill protesters outside Bristol’s Bridewell Police station. She was 19 at the time. Indigo is also charged with riot, and the jury is still deliberating over its verdict for the riot charge at the time of writing.

You can read The Canary‘s previous coverage of her case here and here.

Predatory tabloid photographers snapped pictures of Indigo outside her court appearance last year. Her picture ended up being published by the likes of the Bristol Post and The Sun.

Indigo’s supporters said prior to her trial that she had already been judged by the mainstream media (MSM). The news of her arrest resulted in her being kicked off her course – which she loved – in Circus and Physical Theatre.

The right-wing media’s treatment of Indigo was indicative of the MSM’s approach to the Bristol Kill the Bill defendants. The MSM swallowed the rhetoric of the cops and the Tories whole. Protesters were called a “mob of animals” by Avon & Somerset Police, and ‘thugs’ by Priti Patel.

In fact, the protesters of 21 May were fighting for our freedom, and against an ever-encroaching police state

Eliza Egret wrote for The Canary wrote at the time:

Being featured in a police press release doesn’t mean a person has committed a crime, yet it does scare people. Governments of domination rely on fear to keep their populations obedient. By publishing these images, the media is helping the state to control its people by attempting to make them so terrified that they won’t dissent.

Accused of urinating on a police officer’s boots

Indigo has been on trial in Bristol Crown Court since 2 May, accused of urinating on a police officer’s boots.

Indigo denied the charge, saying in evidence that she had a weak bladder, and had relieved herself on the street as there were no public toilets accessible nearby.

Two police officers – PC Rogers and PC Hume – gave evidence to the effect that Indigo had deliberately peed on them.

However, defence barrister Russell Fraser pointed out several inconsistencies in the officers’ evidence, including that one officer said Indigo was wearing a skirt when she plainly wasn’t. Fraser argued that the “mechanics” of the alleged urination on the police line didn’t seem physically possible from one of the officer’s descriptions. He said that Indigo just “needed to urinate plain and simple”.

The jury in the case announced a majority verdict of not guilty on the afternoon of Tuesday 10 May.

They are still considering their verdict for the riot charge against Indigo.