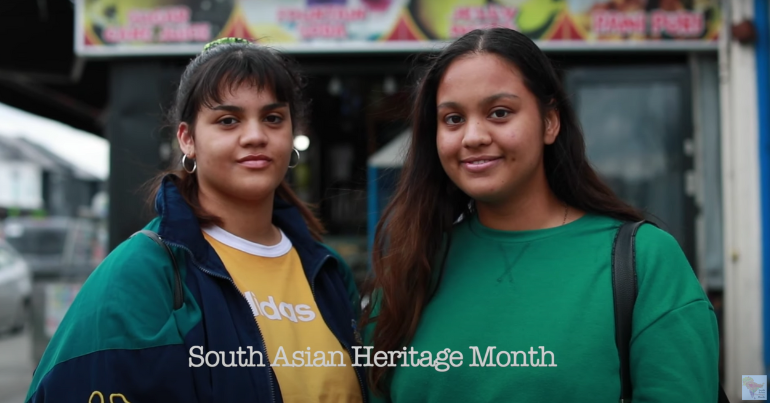 A number of activists and community groups have put forward an open letter that shares their concerns about this year’s planned South Asian Heritage Month. The month will run from mid-July to mid-August with a theme of ‘Journeys of Empire’. Its site explains:

From empires such as the Mughal, the Duranni, the Vijayanagar and the British, from indentured labourers forced to travel to the Caribbean to the journeys that South Asian families made to the UK with just £3 in their pockets, we have all been affected by the journeys of empire.

However, some activists and groups have shared a number of concerns regarding both the organisation and the delivery of the project.

The Canary spoke to The Rights Collective to ask why it put the open letter together:

The Rights Collective team decided to write the statement on SAHM because, after our confusing experience with the organising body in 2020, we started to hear from others who were being excluded, ignored or actively harmed by SAHM. Some people tried to reach out to the SAHM team because there was a sense of wanting to be able to talk through our concerns and possible alternative approaches. Unfortunately, there wasn’t much engagement from SAHM. It didn’t feel, to us, like they were ready to have that open dialogue or to co-create something better, something that actually challenged the systems of oppression that our communities live in.

South Asian Heritage Month had not responded to a request for comment at the time of publication. However, it is still important that we have an open discussion about how to make events like this welcoming for as many South Asians as possible.

The ongoing impact of colonialism is something which white British people, in particular, repeatedly fail to reckon with. As The Canary’s Afroze Fatima Zaidi wrote:

why is learning about British colonial history so important? Haven’t we moved on and left those attitudes in the past, where they belong? The short answer is: no. Having history, any history, taught truthfully is an important goal in itself. But with colonialism, it becomes even more pertinent, given the lasting damage it has caused and its ongoing legacy.

South Asian Heritage Month’s choice to look at coloniality is an important one and is sorely needed in Britain. However, the open letter brings forward a whole host of concerns which bear reflection.

The Rights Collective – a group of feminist South Asians – published the open letter. It also made it clear that it had already tried to address these concerns with the organisers of the heritage month. It made the point that disagreements are welcome:

We are not a monolith and, as such, our experiences and perspectives will not be uniform. In that vein, it is also okay if you disagree with some of this statement or if you have had a different experience.

The level of racial literacy is so poor in Britain that every marginalised group is often treated as a monolith. As such, when concerns arise within communities, these are often missed entirely by the mainstream media. So, what are the problems listed by the Rights Collective?

The Rights Collective noted that the core team of organisers behind South Asian Heritage Month:

It also explained that this led to a bias towards Indian and Pakistani content throughout the month. This is often the case with events that label themselves as ‘South Asian’.

The collective also noted that South Asian Heritage Month’s apparent exclusion of Kashmir speaks to the wider problem of erasure:

We need to make equal room for Kashmiri and other marginalised voices. In this case, by choosing not to engage critically on topics relevant to Kashmiris, SAHM has missed an opportunity to explore topics such as the Indian military occupation of Kashmir, its subsequent colonisation by India, the role of Kashmir in facilitating and embedding Hindutva ideology across India etc.

This also highlights what happens when cultures are treated as monoliths. South Asia is not one single thing. And the complex politics within the continent involve the deprivation of the working classes, an ignorance of the struggles of Kashmiri people, the erasure of Bangladeshi culture, and much more.

The WOC Azadi Collective, one of the signatories, told The Canary about how harmful erasure of different types of South Asians is:

The South Asian diaspora also does not just exist in South Asia, and it is troubling that the heritage of South Asian people across the globe, such as Afro-Asians and Indo-Caribbean people for example, seem to have been erased by SAHM.

For a South Asian history event to be successful, it is vital that we confront both the spectre of colonialism and how colonialism has facilitated the cultural privileging of India and Pakistan at the expense of other parts of South Asia.

Another pattern which is common for South Asian representation in the West is the platforming of light-skinned South Asian people. Colourism is complex, and an event like South Asian Heritage Month would seem like the perfect opportunity to discuss how it affects our communities. Again, colourism has its roots in colonialism. The closer someone’s skin is to whiteness, the easier it is for them to move through the world. South Asian Heritage Month’s choice of ‘Journeys of Empire’ as a theme is vitally important. However, that journey must involve confronting colourism, or it fails to understand a central part of empire.

The Rights Collective also brought up a lack of discussion around caste-based discrimination. It said:

By holding a month-long series of events about South Asia without mentioning caste, SAHM simply reinforces the idea that caste-based discrimination and harm is not important…Within SAHM, the voices centered are those of dominant caste individuals, who by virtue of their positionality can already exert a considerable amount of power and privilege.

The Rights Collective noted that Chronically Brown – a disability organisation – was set to deliver an event for South Asian Heritage Month last year, but:

After significant lack of communication in the build-up to the event, the event was removed on the day by SAHM without the Chronically Brown team being informed.

It detailed how contact from the organisers at South Asian Heritage Month was last-minute and ignored accessibility requirements. It said:

The performative action of trying to host such an event without actually taking a disability justice approach was not taken well by Chronically Brown or the panellists invited to take part.

Generally, disability groups tend to erase, exclude, and ignore disabled people of colour. To see allegations that an organisation like Chronically Brown was treated in such a manner is frustrating and infuriating.

The Rights Collective also spent some time sharing its concern for the motivations behind the heritage event:

The SAHM founders have shared that Black History Month’s existence was a major catalyst for them, leading them to question why there isn’t an equivalent for South Asian people.

While we absolutely support learning about our history and heritage, modelling our own endeavours on the long-standing political work of Black people does not sit well with us, especially when SAHM itself seems to shy away from political or anti-oppressive approaches itself.

Indeed, at last year’s heritage month, one event promised to look at the relationship between police and race. The Rights Collective said that this event:

seemed to be framed more for improving police relations than critiquing the systemic violence enforced by such bodies.

It is, sadly, becoming all too common for non-Black people of colour to wait until Black heritage events are running to complain about wanting events for their own communities. The least that South Asian Heritage Month could have done in this instance was to engage critically with colourism and anti-Blackness in South Asian communities, and to provide events which cover just that.

Given how widespread and sharp anti-Blackness is globally, it is wholly unacceptable to cite Black History Month as an influence without doing any work that addresses anti-Blackness meaningfully.

The Rights Collective’s open letter gave more detail on how attempts to address the above issues have not been picked up. It expressed its hope for the future that this may change:

This is also not an attack on those who chose to participate, but a critical lens we wanted to provide for people to think through on their own. We know the amount of effort and time that goes into organising something like this, and we are hopeful about the potential this initiative holds to be truly educational, celebratory and even transformative for our communities and beyond.

There are certainly valuable and worthy elements of South Asian Heritage Month. The Rights Collective and the signatories of the open letter, however, are pushing for a more radical politics that would help to more fully capture the legacy of South Asians in Britain.

we would love to see more of our radical history incorporated and focused on during SAHM 2022, looking at events such as uprisings in Northern mill towns, interrogating how privileged class and caste folks in the UK have impacted the state today… with recognition given to South Asian-led grassroots organisations.

Playing the role of the good immigrant who only wants to talk about the food and clothes of South Asia does a disservice to the people who actually eat the food and wear the clothes of their ancestors. In Tory Britain, where South Asians are often amongst the poorest and most marginalised people, we need collective radical action that brings forward too-often-hidden discussions about what it’s like to be South Asian in Britain.