Finland will join NATO, but some question where it will lead - Canary 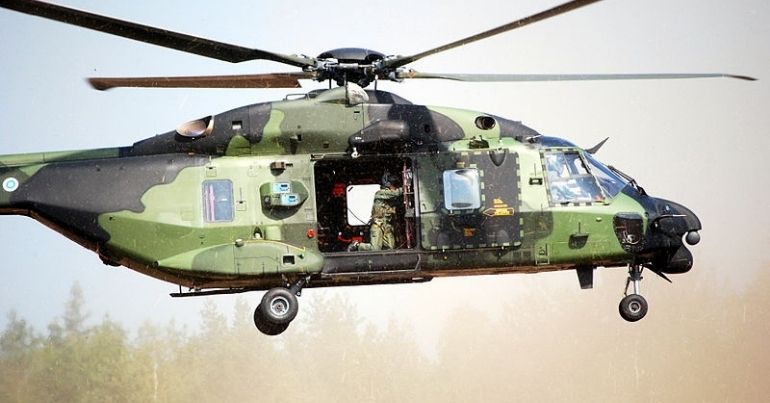 Finland will apply to join NATO, the country’s leadership has announced. Sweden is expected to follow suit. Both nations have historically been neutral, but the Russian war in Ukraine has shifted attitudes. In Finland, according to some figures, support for NATO membership shot up to 76% after the Russian invasion.

On Thursday morning, Finnish president Sauli Niinistö said he had spoken with Ukraine’s Volodyymr Zelenskyy about the application:

I spoke with President @ZelenskyyUa and reiterated Finland's firm support for Ukraine. I informed him of Finland's steps towards NATO membership and he expressed his full support for it. pic.twitter.com/AubTdsDq9I

Boris Johnson has been a central figure in the decision. On Wednesday, he pledged the UK would respond with force if Finland was attacked. This effectively makes Finland a NATO member already:

The security declaration I signed with President @Niinisto in Finland today is an enduring assurance between our two nations.

An assurance that brings us even closer together as we face the challenges of today, the threats of tomorrow, side-by-side.

The principle of collective defence is at the very heart of NATO’s founding treaty. It remains a unique and enduring principle that binds its members together, committing them to protect each other and setting a spirit of solidarity within the Alliance.

Others have questioned whether the move would increase the likelihood of war:

Boris Johnson & his Govt will go down in British history as a self-serving corrupt & destructive failure for the British people. If he’s encouraging Sweden & Finland to join NATO be warned his motivation is to increase British arms contracts & perpetual war, not security or peace

While some suggested that the trade-off wasn’t worth it, especially given that Russia is unlikely to invade Finland:

Another social media user suggested that if Donald Trump were to be re-elected in the US, he might leave NATO, leaving the countries unprotected anyway:

Strongly in favor of this but I also worry about the consequences if Trump wins in 2024 and leaves Nato – Finland and Sweden could well end up antagozing Russia and not having a Nato security guarantee – the worst of a worlds. https://t.co/7ZLf06gzgk

Tomorrow morning 🇫🇮 will officially announce its intention to seek @nato membership. And 🇸🇪 will follow within days.

This is significant because Sweden has been a neutral country since the 1800s. As such, joining a military alliance would be a serious change in the balance of European politics.

However, as one Twitter user pointed out, Russia’s Vladimir Putin is likely to cite the new applications as evidence of NATO expansion:

Russia will be angry. But they cannot really be surprised, and in any case will militarise or not regardless of the decision. In a way, a nice rhetorical win for Putin as he can keep claiming NATO expansionism etc

Sweden and Finland have the right to apply for NATO membership. With the Russian invasion of Ukraine, it is understandable that such a move would have public support. However, it is also true that Europe is becoming increasingly militarised as what looks like a new Iron Curtain hardens across the continent.

Featured image via Wikimedia Commons/David Smith, cropped to 770 x 403, licenced under CC BY 2.0.