If in doubt, compare things to WW2 - the Tory guide to public communications - Canary 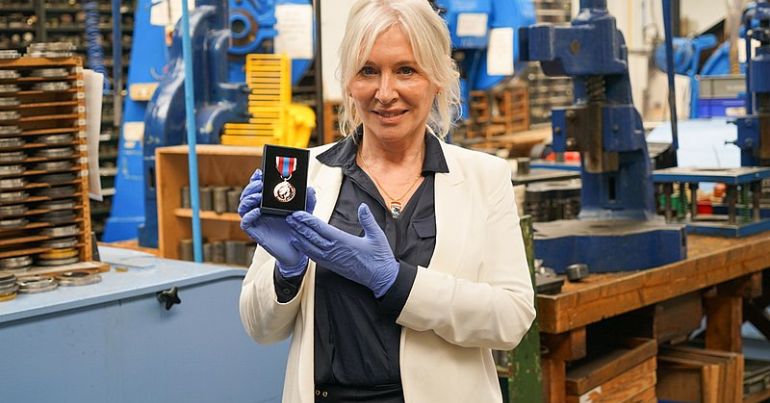 What do you do if you are part of an embarrassingly bad government populated by posh chancers? On the evidence we have, you must constantly compare everything to WW2. Or, if you are culture secretary Nadine Dorries, even go all in and cite World War Eleven.

Yes, this most hilariously gaffe-prone of Conservatives has done it again. In a three tweet thread detailing her incredibly well-thought out analysis of world politics, Dorries argued that today is very much like “WW11”:

3/3 This gov will remain relentlessly focused and continue to deliver for people during a post pandemic, mid-war, global cost of living challenge which no Prime Minister or gov has faced the likes of since WW11.

It is hilarious in itself that she is citing a war which hasn’t happened yet while trying to instrumentalise one that has. And naturally, Twitter was on hand to point out the error of her ways.

The rationing of food was a major feature of wartime Britain and so someone dug up what may be original footage of Nadine tucking in to some tasty 1940’s scran:

Nadine Dorries tucking into her rations during World War 11. pic.twitter.com/YxeLV99QaA

Footage of Dorries serving in the jungle in WW11 was also located and brought to the public’s attention:

Nadine Dorries WW11, 2012.
Navigating her way through one of Australia's rainforests after getting lost from her unit. pic.twitter.com/x9CzhcGq6m

Another veteran of the 11th world war posted an image of themselves during the conflict, riding atop a tank from Labour’s 123rd Future Armoured Division:

I remember World War 11 very well too, I was there pic.twitter.com/x89eTlG6j6

Others were so distraught by Dorries’ latest clanger that they smoked their entire ration of cigarettes in one:

One cat appeared confused to have popped off for a bit of shut eye only to discover upon waking that they’d missed no less than eight major global conflicts:

When you go for a "10 minute nap" and wake up and realise you've missed 8 World Wars and we're now on World War 11 pic.twitter.com/MA5qBHrbp1

The Fast and the Spurious

Someone moonlighting as a government minister reminded us of the details of World War 11. Which in all fairness was actually really high octane:

World War 11 was the one where Vin Diesel saved the planet from an alien invasion by driving an HGV through the Matterhorn and into a floating Aztec pyramid. Much, much better than World War 10. pic.twitter.com/1JtpALHysJ

The banter developed so rapidly that some were left struggling to contribute. Another case of wartime rationing methinks:

sorry I've just got here, are there any World War 11 jokes left

One Twitter user reminded us that the World War 11 documentary, presumably by Ken Burns, is in fact available to watch. Thought it doesn’t sound like his best work:

Has anyone else seen that new History Channel documentary, 'World War 11 in Colour'? If not then I wouldn't bother. It's just 13 episodes of footage showing nothing except Nadine Dorries flinging her own shit at a wall. #ByeByeBoris #byelection2022 #JohnsonOut151 https://t.co/upF1wgBSD3

And we were reminded that we must always keep in our hearts and minds those who sacrificed their lives for our freedom, secretly, nine more times than we originally thought:

Solidarity with our veterans, they've done our country proud and kept us from turmoil. We owe our gratitude to them for fighting 9 additional world wars in Nadine Dorries's head. World war 11… https://t.co/3Z35pRXXXV

This has been The Canary. That’s been Nadine Dorries. Until the next time she opens Twitter, stay safe, respect the fallen and don’t fret. Because Britain is in safe hands.