Labour sends the clearest signal yet that it doesn't support strikes 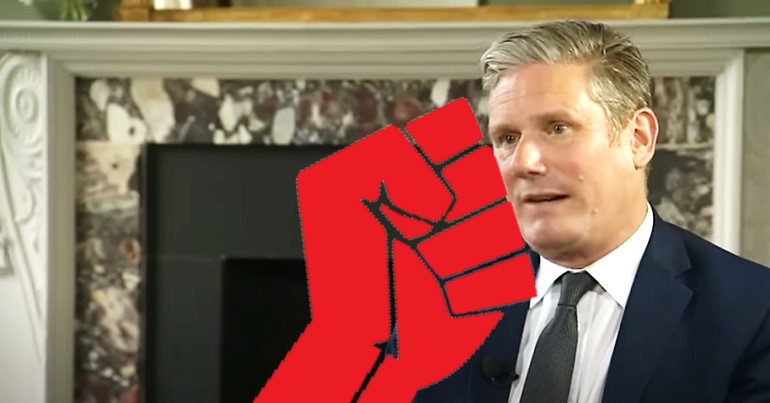 Some trade unions have signalled that they are moving towards striking over pay. This comes as others are either actively taking industrial action or balloting members for it. However, once again Keir Starmer’s Labour Party has made its position clear – it’s not the party of industrial action. So, it’s time for unions to ditch the party for good.

Strikes across the UK

At the minute, several unions are striking. These include:

Other unions are currently balloting, or have balloted, members on strike action. These include:

On top of all this, several other unions are making noise about potential strike action. These include:

This is perhaps looking set to be the largest-scale series of strikes since 2011. But will the alleged ‘party of working people‘, Labour, support all these strikes? Probably not.

So far, Keir Starmer has made it clear that his party doesn’t support the RMT strike. He even tried to stop his frontbenchers going to picket lines. Then, on Tuesday 28 June, Labour’s shadow economic secretary Tulip Siddiq was on Sky News. She said of the RMT action:

We didn’t support the strikes, as they happened now, because we felt they were very disruptive to the country.

I support a situation where we pay people properly.

Yes, Siddiq really did say that. You’d be forgiven for thinking those words came out of a Tory’s mouth.

If Labour was living up to its founding principles, then as a minimum it would support every strike. In an ideal world, it would be calling for a general (national) strike – as some unions have already hinted at.

Given the surge of ongoing and potential industrial action, unions would do well to call a general strike. If Labour won’t support it, or any other action, then so be it. Working-class people don’t need a Tory-lite party to be able to affect change.

Power lies within the hands of the people. Now, the unions need to step up and bring the UK to a standstill – while ditching Labour at the same time. Nothing less will do.