Shell made £8.2 billion profit in the last quarter and still got a UK tax rebate - Canary 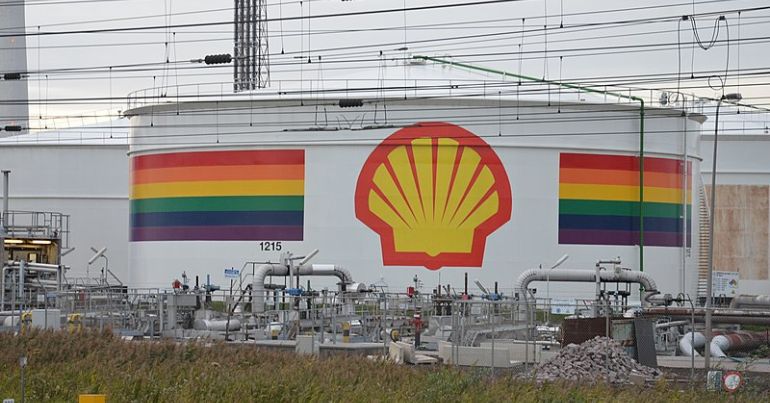 Energy giant Shell made £8.2bn in the last quarter despite the ongoing energy crisis. Initial reports from The Times indicated that they hadn’t paid any tax at all on this massive profit margin.

But, it’s even worse than that. It turns out Shell actually received a tax rebate from the UK government for the firm’s North Sea operations:

As the tweet shows, Shell’s global profits were $30 billion this year. None of which has any direct bearing on you, because neither you nor your chilly grandma will see any of it.

Experts have suggested it might be time to enforce a windfall tax. Do you think? The New Economy Organisers Network tweeted that government excuses for letting global mega-corporations off the hook weren’t adding up:

Shell have doubled their profits in just 3 months to £8.2 billion. The government is saying it has to make difficult choices, but here's a really easy option to help out families who are struggling this winter – a windfall tax on windfall profits.@tessakhan of @ThisWinterUK pic.twitter.com/xdqjDjtPhA

Tessa Khan of the campaign group Warm This Winter told Talk TV that energy companies were benefitting without doing any work:

These are really classically windfall profits, or excess profits as they have been described.

She added that even despite the government price cap:

Seven million households are still going to be in fuel poverty this winter.

Shell’s outrageous profits were analysed by commenters like trade unionist Howard Beckett, who marvelled at the hourly profit rates:

UK Shell Oil have just this minute announced a further doubling of their profits.

We are being ripped off.

One social media user quipped that it was good to see Shell’s struggling shareholders finally get a pay rise:

Some good news at last today. Shell Oil has made £8bn in profits on top of the £28bn it made a few months ago. It's about time those struggling share holders had a decent pay rise. £1000 per second in profits will keep the wolf from the door. pic.twitter.com/Wl7DAXirWy

Shell and the rest of the energy giants are clearly getting mate’s rates from governments – including our own. They’ve done nothing to deserve what are effectively doubled profits. And even when they do pay a bit of tax, they get a rebate from the British state. That’s the same British state which could intervene and set fair energy prices, but has chosen not to despite the implications for people who can’t afford to heat their homes.

Even a modest windfall tax could help millions of households through the winter if it was enforced properly – but, of course, that must be the first step in a move away from fossil fuels altogether.