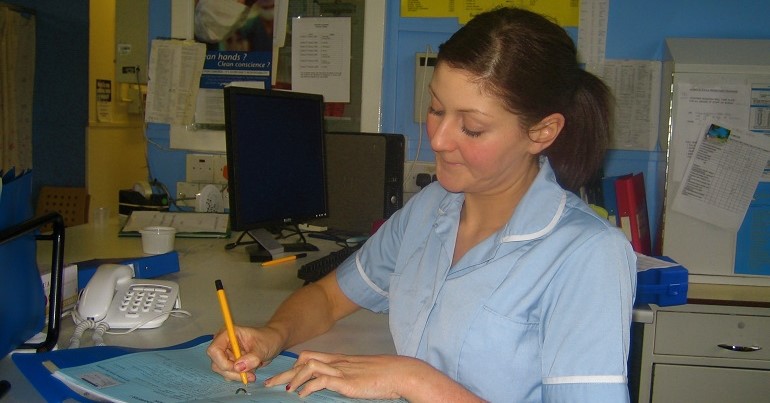 Nearly two million public sector workers are thinking about quitting their jobs, with nearly half saying it’s because of pay. These are the results of new research from the Trades Union Congress (TUC), which says the Tories are causing a “mass exodus” of workers from the public sector. And it’s the NHS which will be the biggest casualty of over a decade of Tory-led pay cuts.

Successive Tory governments have repeatedly cut public sector pay in real terms. For example, the then-coalition government froze pay in 2010 for two years. Then, it imposed years of real-terms cuts by freezing pay rises at 1%. As the TUC noted, the end result is that the Tories – for the NHS, compared to 2010 – have cut:

It’s a similar story in education, where the Tories have wiped 25% off teachers’ pay since 2010. However, this year has been particularly brutal. The Tories have capped NHS pay rises at 4% for most staff, while inflation is over 10%. The TUC noted that this means the Tories have cut £1,100 off nurses’ pay and £1,500 off paramedics’ pay. So, workers have had enough.

Workers have had enough

YouGov did polling for the TUC. It found that among public sector workers, 1.8 million (32%) said they were thinking of quitting their jobs. Of the people YouGov surveyed, it found that:

The impact of all this is already clear. The TUC noted that:

Latest data shows that NHS England is operating short of almost 130,000 staff due to unfilled vacancies. This represents a vacancy rate of 9.7 per cent. In the education sector, one in eight newly qualified teachers (NQTs) leave the profession after one year in the job, with almost one-third of NQTs (31%) leaving within their first five years.

are now at breaking point because of a toxic mix of low pay, unsustainable workloads and a serious lack of recognition. After years of brutal pay cuts, nurses, teachers, refuse workers and millions of other public servants have seen their living standards decimated – and now face more pay misery. It is little wonder morale is through the floor and many key workers are considering leaving their jobs for good.

Strike against the Tories

However, public sector workers aren’t taking the Tories’ pay assault lying down. As we’ve seen in recent months, strike action in the private sector has taken off. Now, in the public sector, the Royal Colleges of Nurses and Midwives, the National Education Union (NEU) and Unison have been balloting members on strike action. As O’Grady summed up:

If there is large-scale public sector strike action over the months ahead, the government only has itself to blame… [It has] chosen to hold down public servants’ pay while giving bankers unlimited bonuses. Ministers must change course. Without decent pay rises for key workers in the public sector, we face a mass exodus of staff.

However, given that the Tories have already signalled that more austerity is on the cards, they’re unlikely to put in place a fair public sector pay rise. That means workers will have to continue to strike until they force the government to change course.