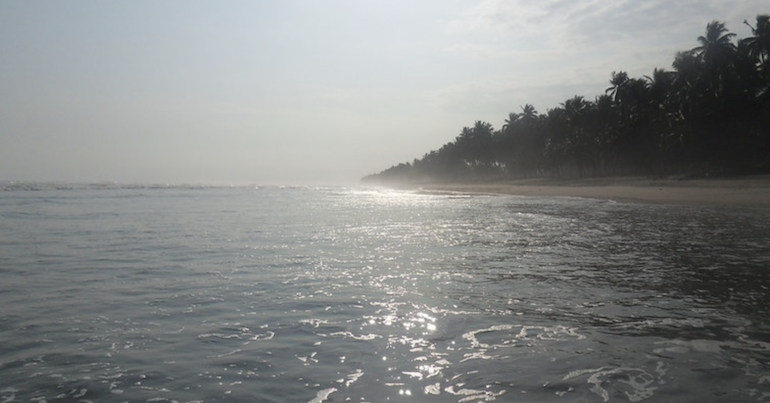 The ocean is in crisis. Global warming is taking a severe toll on the ocean, as are plastics and agricultural pollution. Fishing, or more specifically overfishing, is also ravaging the ocean. According to the United Nations (UN) Food and Agricultural Organization (FAO), over 35% of fish populations face extraction at unsustainable levels.

Illegal, unreported and unregulated (IUU) fishing contributes to overfishing. The Pew Trusts reported that around one in every five fish is caught illegally. A recent report has dug into the question of who is behind the practice.

The Financial Transparency Coalition (FTC) asserts that companies from European nations are among the top offenders. Moreover, it says that IUU vessels are excessively targeting African waters, where millions of people are dependent on small-scale fishing for food and livelihoods.

The FTC is a global network of civil society organisations. The network released its report, titled Fishy networks: uncovering the companies and individuals behind illegal fishing globally, on 26 October. FTC said that its findings are the result of the “most extensive analysis of IUU fishing cases to date”.

The report asserted that almost half of the industrial and semi-industrial vessels it identified target Africa. This is the case with West Africa in particular, it said, with 40% operating there. The FTC named 10 top companies allegedly involved in IUU fishing. It highlighted that these companies:

own 23.7 percent of total vessels involved in IUU fishing for which the beneficial owners were identified

Beneficial ownership means the ultimate owner or controller of a company or asset. The companies include Spain’s Albacora SA, a tuna giant, along with eight Chinese companies and one from Panama.

In its research, FTC found almost a thousand industrial and semi-industrial fishing vessels between 2010 and May 2022 that were reported to be operating illegally. Overall, 54.7% of those detected carried flags for Asian countries. Additionally, 16.1% had flags for Latin American countries, 13.5% for African countries, and 12.8% for European nations, including the UK.

In a comment to the Guardian, Albacora SA said:

IUU fishing is a very grave matter, which this company takes very seriously. We deny any accusations related to this.

IUU fishing encompasses a number of different practices. These include illegal activity, such as operating in contravention of the relevant national and international laws. The term also covers the failure to report fishing activity where necessary. It further refers to vessels fishing in areas beyond the jurisdiction of any individual nation or regional fishing authority, in a manner that violates their country’s conservation responsibilities under international law.

The practice can, to some extent, involve small-scale fisheries. The FTC report stated that:

The elicit trade is robbing many poorer nations and regions of income, the report further highlighted. Africa alone is losing out on up to $11.49bn, with West Africa suffering the bulk of those losses. Executive director of the FTC Matti Kohonen said:

Illegal fishing is a massive industry directly threatening the livelihoods of millions of people across the world, especially [those] living in poor coastal communities in developing countries already affected by the Covid-19 pandemic, the cost-of-living crisis and the impact of climate change

This can have knock-on effects for other environmental and health issues. A 2016 study highlighted that overfishing by foreign vessels has led to the increased hunting of wildlife in some instances, as communities seek out alternative protein when their fish catches are reduced. This, in turn, can put them at greater risk of contracting zoonotic diseases.

Some international measures to tackle the problem of IUU fishing are meant to be forthcoming. The World Trade Organisation (WTO), for example, agreed a deal on fishing subsidies in June this year. WTO members still need to ratify the deal, but it would ban subsidies for IUU fishing. It would also ban subsidies for fishing on the high seas, meaning all of the ocean that lies over 200 miles from shores.

However, China Dialogue Ocean reported that countries failed to reach an agreement on stopping subsidies that “contribute to overfishing and overcapacity”. These subsidies can enable extensive fishing by industrial vessels in distant places, in essence facilitating overfishing.

Nations have also been negotiating a high seas treaty at the UN that could potentially impact some industrial fishing. Member states have yet to conclude an agreement on this, however, with further negotiation needed.

The FTC argued that it’s also imperative that countries increase transparency in the fishing industry. Kohonen said FTC’s probe indicated that with few countries requiring ownership information for vessels and licences, their beneficial owners operate with:

complete impunity, using complex company structures and other schemes to hide their identity and evade prosecution

The network singled out the US, Europe and Japan for having a particular responsibility to enforce robust registries on vessel ownership. Lakshmi Kumar, from FTC member Global Financial Integrity, pointed out that:

The US, EU, and Japan together account for over 50% of global seafood consumption and therefore directly contribute to the shocking food insecurity and natural resource depletion that this report highlights.

IUU is a serious problem that urgently needs resolving. The industry overall desperately requires an overhaul in terms of its practice, governance and regulation.

Only around 7% of fish populations face extraction at levels below what authorities allege is the maximum they can withstand. This means that most fish populations are extracted at the highest level possible, with many already being fished at much higher levels. And that’s without taking the climate crisis, and the added resilience fish populations need to survive that, into account.

Nonetheless, as FTC highlighted, authorities don’t even categorise fishing as an extractive industry. This only goes to show how far we are from getting real about our relationship with – and impact on – the ocean.