NHS patients are already at risk says nurse, hence we may strike 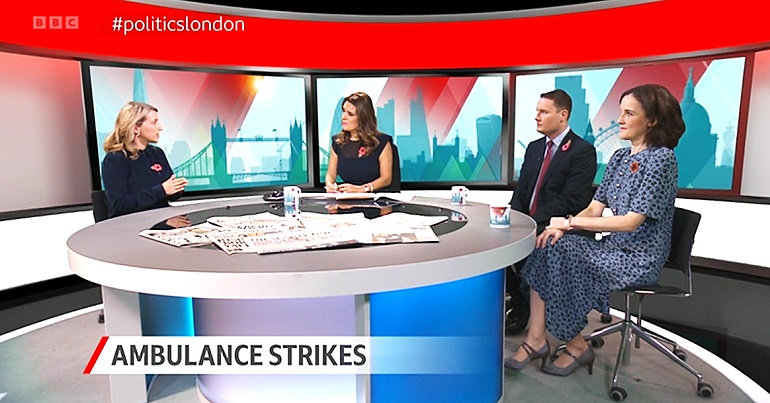 The Royal College of Nurses’ (RCN’s) ballot on strike action closes on Wednesday 2 November. The result may well be a walk-out by hundreds of thousands of NHS nurses. At the same time, other healthcare trade unions are balloting their members for industrial action. And one healthcare professional made the case brilliantly for NHS staff to strike, specifically paramedics, live on the BBC.

Successive Tory governments have decimated NHS staff wages. In 2010, the coalition government froze public sector pay for two years, then imposed a 1% fixed increase. This year, the Tories have capped NHS pay rises at 4% for most staff, while inflation is over 10%. The end result is that since 2010, the Tories have cut around £4,300 from nurses’ real-terms pay. So, the workers and their union have had enough.

We are understaffed, undervalued and underpaid. For years our profession has been pushed to the edge, and now patient safety is paying the price. We can’t stand by and watch our colleagues and patients suffer anymore. Though strike action is a last resort, it is a powerful tool for change. And we must demand that change. Enough is enough. I urge you to vote ‘yes’ in this ballot.

The union is balloting over 300,000 members. If they vote ‘yes’, it would mean the number of staff walking out could be huge. However, to get an idea of why healthcare workers are considering this, we need to listen to them.

“Patients are already at risk”

Holly Turner is an NHS nurse and co-founder of campaign group NHS Workers Say No! She was on BBC Politics Live London on Sunday 30 October, in her capacity as GMB London regional organiser. The union is balloting 15,000 paramedics over strike action. Turner said that NHS workers need a pay rise because:

They’ve faced over a decade of cuts to their pay, and the situation that’s left us with is 135,000 vacancies… We know there’s seven million people sat on waiting lists, and when we talk about ambulances specifically, we’re talking of people waiting up to 30 hours for an ambulance…

This is a dispute about pay, of course… but it is as much about safety as it is about pay.

The host put it to Turner that if paramedics go on strike, people will die. Turner pointed out that:

This is not a decision any ambulance crew would take lightly. If this national ballot passes, it will be the first ambulance strike in 30 years… [Paramedics] will be agonising over making this decision. But things can’t carry on.

Save the NHS for all our sakes

On Sunday 30 October, it emerged that a baby died in September, after waiting 30 minutes for an ambulance. It should have arrived within seven minutes. This is not the paramedics’ fault. This is the fault of government underfunding to the tune of around £240m. It’s also because of low pay, which means people don’t want to do the job, and because of a culture of outsourcing services to the private sector.

As Turner summed up, striking:

is the last bit of leverage that these workers have got left. What else are they expected to do?

The NHS is crumbling around us, which puts most of us at risk. Central to this is Tory underfunding and cuts to wages. If we want the NHS to be a functioning health service, then the government has to treat staff fairly as a starting point. Currently, it’s not – hence, we must all support NHS workers going on strike. They’re doing it for all of us.

I was on BBC Politics London this morning talking about the possibility of NHS ambulance strikes. No one wants to strike but if this is what we have to do to protect our patients and ourselves, then so be it. #SOSNHS
pic.twitter.com/px3bfBs4Kt