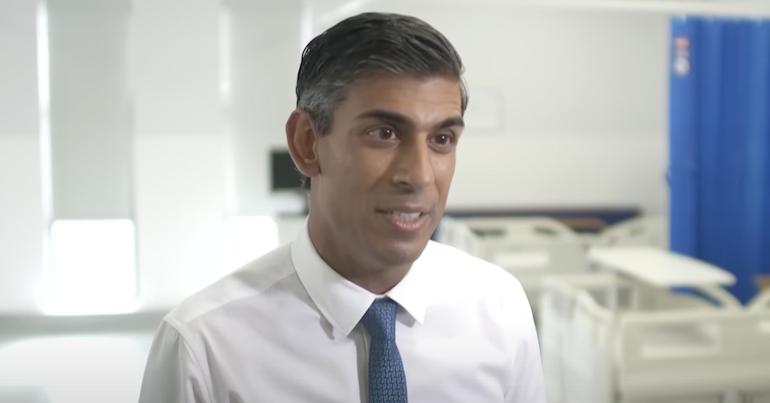 On 31 October, Rishi Sunak congratulated Brazil’s president Luiz Inácio Lula da Silva, commonly known as Lula, for his election victory. Like a number of other leaders, the UK prime minister took to Twitter to send his compliments:

Congratulations to @LulaOficial on his victory in Brazil’s election.

I look forward to working together on the issues that matter to the UK and Brazil, from growing the global economy to protecting the planet’s natural resources and promoting democratic values.

The tweet drew lots of attention, and not in a particularly good way. In fact, his words achieved the opposite of what he likely intended.

Recent reporting by Declassified showed that one of the issues that ‘mattered’ to the UK under Lula’s predecessor was the privatisation of Brazil’s energy sector. The UK’s aid spending suggested this was the case, as it channelled millions into “opening up Brazil’s energy markets” under Jair Bolsonaro..

In light of this UK priority, Another Angry Voice tweeted:

Imagining your tears of frustration as you typed thishttps://t.co/uSuSvgSQoN

Others took issue with Sunak’s suggestion that protecting the planet’s resources matters to the UK government. They highlighted the massive amount of sewage that it is currently allowing to flow into British waters as an example:

The government is failing the environment in a multitude of ways, from actively expanding fossil fuels to threatening to rip up hundreds of environmental laws as part of the retained EU law revocation and reform bill. In September, nature-focused organisations accused the Conservative government of launching “an attack on nature”.

Sunak became PM towards the end of October, of course, so some of these moves and accusations pre-date his time at the helm. As people highlighted in response to his tweet though, one of his early decisions speaks volumes in this regard:

Great, now can you book a ticket to go to COP27? The climate emergency is the single most important issue facing us all. Without sorting that out there is not much point to anything else is there…

According to the prime minister’s spokesperson, this COP27 decision is now “under review”. But regardless of whether he ultimately attends, it’s clear what his instinct is when it comes to prioritising the planet. This lack of attention to the environment was also apparent during his years as chancellor and his leadership campaign this summer.

In contrast, Lula has a good record on prioritising the environment, particularly in relation to the Amazon rainforest. This was true in his previous tenure as president and in his recent election campaign. That’s a big reason why many people around the world breathed a sigh of relief when he secured the presidency.

In short, Sunak’s attempt to highlight the shared priorities of the UK and Brazil under their current respective leaders only served to show the absolute divide when it comes to the protection of the planet.