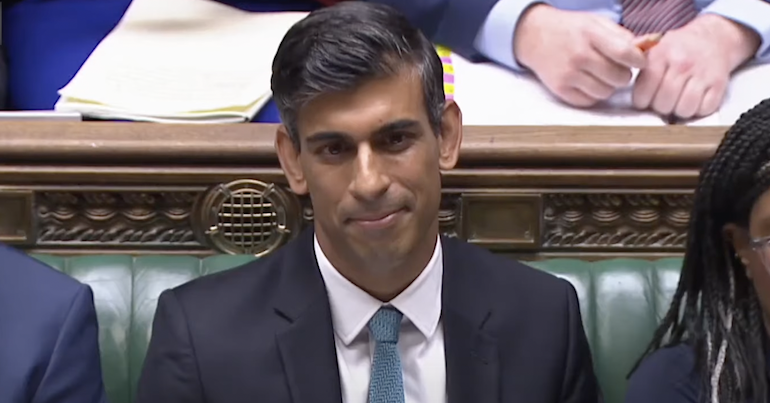 Rishi Sunak promised to protect our environment in his first speech as prime minister. There’s been an audible – albeit cautious – sigh of relief due to his early remarks from some environmental groups. That’s understandable, given that Liz Truss’s government quickly moved to rip up and relax rules that safeguard the natural world.

But Sunak’s environmental line-up doesn’t exactly inspire confidence. He’s appointed Thérèse Coffey and Grant Shapps as environment and energy secretaries, respectively. Neither of them particularly stand out as climate or biodiversity warriors.

What’s more, Coffey has previously held a position at the Department for Environment, Food and Rural Affairs (DEFRA). And there’s a floating turd – multiple, in fact – drifting through her tenure there.

Coffey was the parliamentary under-secretary of state for the environment from 2016 to 2019. The key responsibilities of that role include waterways and the marine environment, along with the teeming lifeforms they hold, as musician and anti-sewage campaigner Feargal Sharkey pointed out:

Thérèse served as the Minister for Water @DefraGovUK from 2016 – 19.

I'll just leave that thought there shall I. https://t.co/3hsx0qpafw

Water companies are currently dumping raw sewage into Britain’s waterways and ocean at shocking rates. The rules allow them to do so, but supposedly only in exceptional circumstances such as very heavy rainfall. In reality, there’s nothing exceptional about the dumping. Environment Agency (EA) figures, for example, showed that companies discharged raw sewage into English rivers 372,533 times in 2021.

Sewage isn’t the only factor

This isn’t a new problem. The European Court of Justice found the UK guilty of breaching EU law in relation to dumping sewage in 2012. According to a 2019 report from the EA, there was a “trend of gradual improvement” in the “environmental performance” of companies that provide both water and sewage services between 2011 and 2017. But from that time, which was the year after Coffey took the DEFRA post, performance declined.

The EA report published in 2020 highlighted that the companies’ performance in 2018 was “unacceptable”. The agency’s summary that year stated that:

serious pollution incidents which damage the local environment, threaten wildlife and in the worst cases put the public at risk, have increased.

Their environmental performance deteriorated even further in 2019. Meanwhile, the EA also published water classification results in 2020 that showed only 16% of England’s waters had “good ecological status”, based on data between 2016 and 2019. A report by WWF, published in 2017, pointed out that wastewater pollution is one of the top reasons for poor ecological status. It also asserted that:

England’s cherished waterways are awash with animal faeces, microplastics and chemicals according to the findings of a report by the Environmental Audit Committee – and intensive chicken and livestock farming is one of the leading causes.

The farming sector, of course, also falls under DEFRA’s areas of responsibility.

Action on the environment, not words

The Guardian has highlighted that Coffey’s remarks present a mixed picture in terms of her approach to environmental protections. She welcomed the Dasgupta report on protecting biodiversity, for example. It said environmentally-damaging consumption like meat-heavy diets need to be discouraged. On the other hand, Coffey responded to the suggestion of a meat tax with ridicule, tweeting “what next, no spag bol?”

As the saying goes, actions speak louder than words. And her actions – or lack thereof – as the minister in charge of water speak plenty about what to expect from Coffey in her wider DEFRA role. The same is true of Shapps, who took the role of energy minister after rallying against renewable energy like wind:

The chap in charge of solving the energy crisis this week is the same chap who pushed for a ban on onshore wind farms despite them being 9X cheaper than gas because he didn't like the view from his private plane. Hoping for a #renewableenergy revolution but not expecting much ☹️ https://t.co/2QVGgjSneB

In short, despite Sunak’s early remarks suggesting he will prioritise the environment, his picks for the top jobs in this regard leave a lot to be desired.