People's Assembly are back with another national demonstration 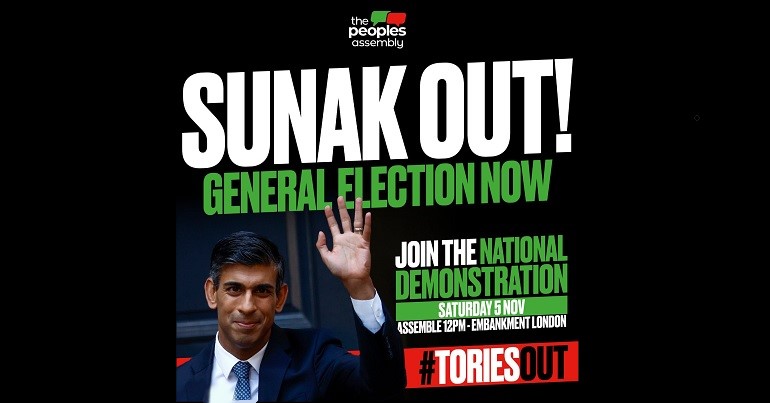 Saturday 5 November is bonfire night – and a major protest against the Tory government will also be happening. As always, everyone needs to get involved. But this time it’s more urgent than ever, given the escalating cost of living crisis.

The People’s Assembly has called what it says will be a “huge demonstration” on 5 November. It will bring together trade unions, campaign groups, politicians and activists in a march from Embankment to Trafalgar Square via parliament and the river Thames: 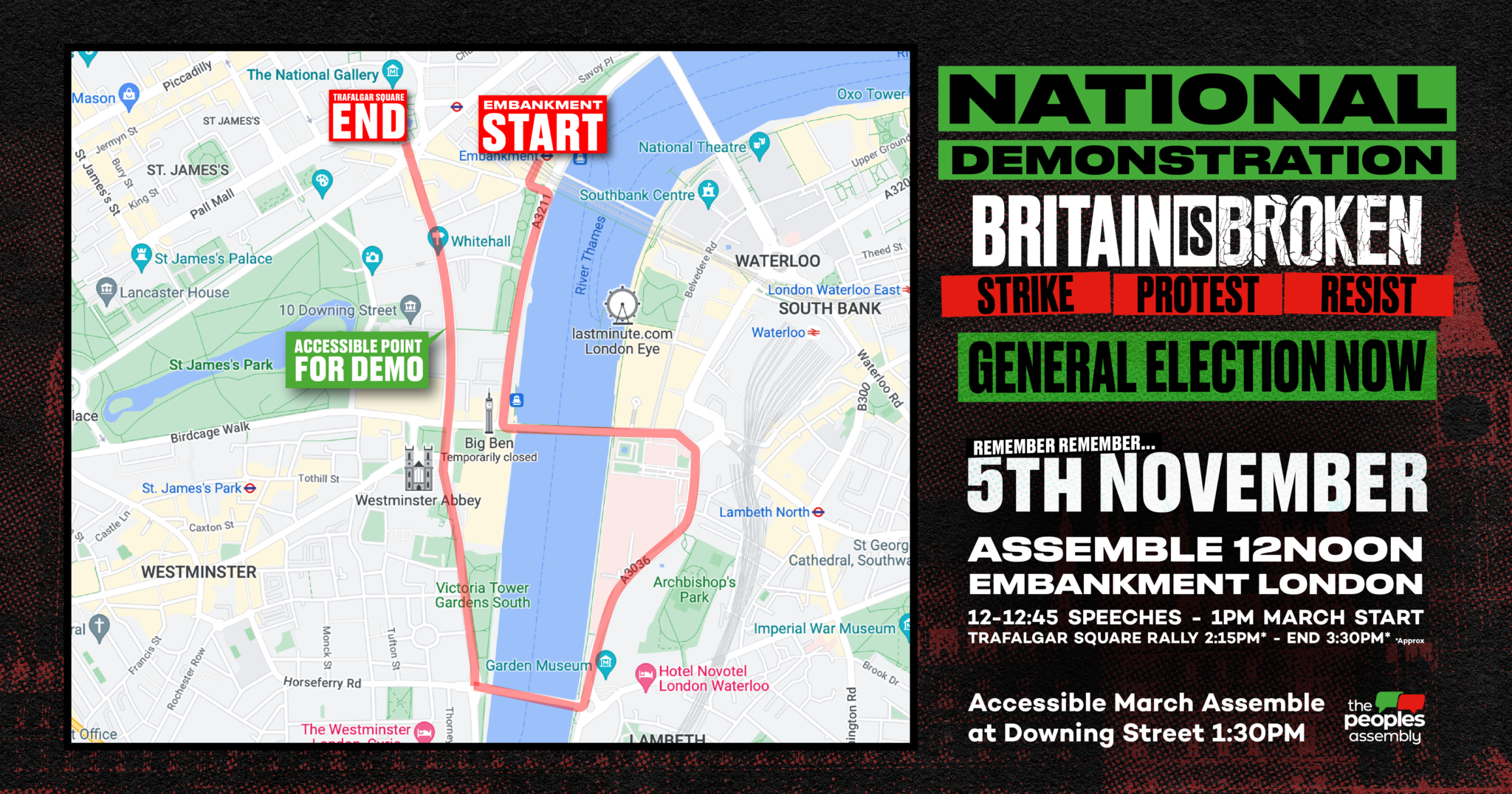 The protest starts at 12pm, and so far has the support of:

The People’s Assembly and its supporters have a clear set of demands. These are that the Tories should:

Not a small list for the Tories – but one which is important.

This Tory Government is now totally unaccountable. But outrage is not enough. We have to come together, as a movement, to organise on the streets and in our communities and show that our voices will not be silenced and that we want fundamental changes to the way our country is run. We will not get that from the politicians, we will only get that from the strength of a united, vibrant movement of working-class people coming together, building together, and making change together.

What’s interesting about this People’s Assembly protest, nearly a decade after the group was born, is the change of language and position regarding Labour. It was historically supportive of the party under Corbyn, albeit without directly campaigning for him. However, now we see no reference to Labour at all, and Pidcock openly saying politicians (of any stripe) will not deliver the “fundamental changes” we need.

5 November’s demo also clashes with an RMT strike – although the union has given its blessing and support to People’s Assembly. RMT general secretary Mick Lynch has some strong words to say in its favour:

Mick Lynch @RMTunion GS calls on all Trade Unionists, Activists & Campaigners to get out on the streets on Nov 5:
"We need to kick the Tories Out & fight for a change in this country".#GeneralElectionN0W #unitedagainstthetories #RememberRemember5Nov#EnoughlsEnough pic.twitter.com/rO9kJ8Olvt

To circumvent the rail strike, People’s Assembly has organised coaches from across the country to London. However, the lack of trains may have an impact on the final numbers for the march.

It will be interesting to see how this demo pans out. People’s Assembly will be having its tenth birthday next year. In its early days, marches were fairly well attended, although numbers have waned in recent years.

However, given the huge pressure on millions of people due to Tory-induced financial chaos, maybe we’re about to see a resurgence of mass, organised marches. Whether the Tories will listen or not remains to be seen. However, a mass protest is surely worth a try. Because if not now, during the worst financial and social crisis in decades, when? If not a demo, when the left and working-class people need to be united, what? Not doing anything is not an option. So, see you all on 5 November on the streets.