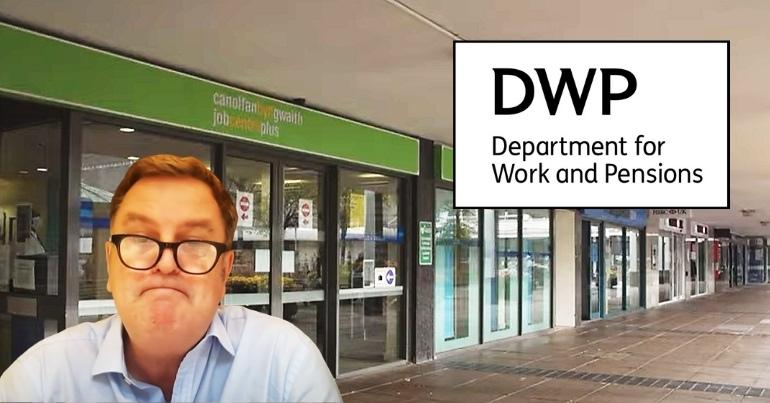 The new boss of the Department for Work and Pensions (DWP) has said when he’ll announce next April’s social security increases. However, he has given no indication of how much they’ll be going up – leaving millions of people in limbo.

Mel Stride took over as DWP secretary when Rishi Sunak became PM. The previous Truss-led government said that social security may not go up by the rate of inflation in April 2023. This was after Sunak previously committed to this when he was chancellor.

Usually, social security rises with the previous September’s rate of inflation. Next April, this would mean the DWP would put people’s money up by 10.1%. But Truss’s government said that might not happen. As the Canary previously reported, it hinted that the DWP may only match social security rises with wage increases, at just 5.4%. This would mean the department would be forcing a real-terms cut in income onto people.

Even with Sunak now in charge, things are still unclear. The new DWP boss hasn’t made the situation any clearer either. On Monday 31 October, Stride was answering MPs’ questions in parliament. On increasing social security, at first, Stride said:

I am currently conducting my statutory annual review of state pensions and benefit rates. The outcome of that review will be announced in due course.

After another MP probed him, Stride went further – giving a date:

That is a decision for me as Secretary of State, of course in conjunction with discussions with the Treasury, and those figures will be available at the time of the autumn statement on 17 November.

Another MP asked the same question again, and Stride appeared to get ratty:

I am afraid that, unfortunately, I need to refer my honourable friend to my previous reply.

So, while claimants now have a date for a decision, they’re still none the wiser as to what that will be. This comes as the DWP has already been hammering social security claimants with cut after cut.

Thinktank the Resolution Foundation has already crunched the possible numbers. It said that if the DWP only increases social security in line with wages, it will be cutting £500 a year from some families’ money. This would come after years of cuts – including at least £10bn in real-terms this financial year alone. Stride has also failed to indicate whether he is reviewing the benefit cap. As the Canary previously reported, this is a restriction on how much money households can get in social security. The cap has already meant the DWP has cut around £13,000 from some families’ income since 2013.

Stride giving a date for the social security increase review offers little to those reliant on the DWP. People will just have to hope that Sunak will force the DWP to increase rates with inflation. But even then, this will not make up for years of real-terms cuts. And it certainly won’t make our social security system any fairer or more compassionate.