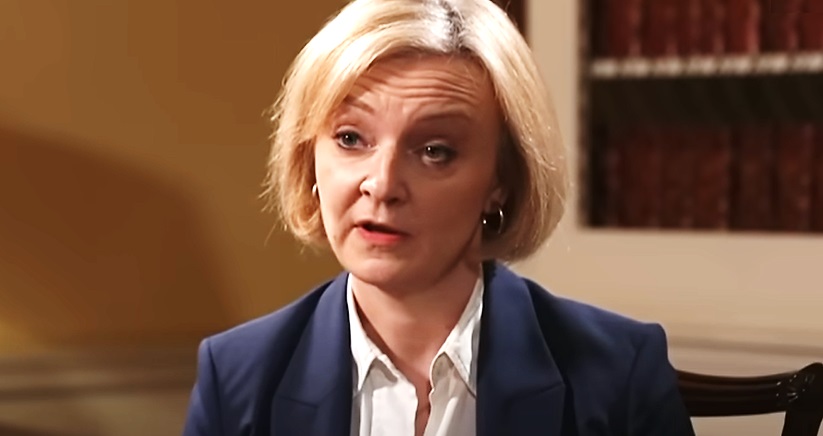 A small town in Kent is going to give Liz Truss a final send-off as the UK’s shortest-serving prime minister – and it’s a wholly appropriate one.

Truss: set fire to her reign

AFP reported that people will torch a giant effigy of Truss on bonfire night, Saturday 5 November. The former PM is ripe for the treatment – given that she served a disastrous 49 days in power. Organisers will set the 10-metre-tall caricature ablaze in the town of Edenbridge, Kent, with more than 10,000 people expected to attend.

Artist Andrea Deans depicts her alongside Larry the Cat, the Downing Street feline who has now seen off four prime ministers. She’s also included a lettuce in the effigy. It’s a reference to the Daily Star‘s stunt where a limp vegetable outlasted Truss. The caricature is holding a box of possessions associated with Truss’s short but eventful time in office:

An effigy of Liz Truss will go up in flames in Edenbridge, Kent on bonfire night. The event is back on after two years. pic.twitter.com/SjXzKXeijb

Truss became Britain’s shortest-serving prime minister when she left Downing Street on October 25. As the Canary previously reported, Truss and then-chancellor Kwasi Kwarteng’s mini-budget caused the value of the pound to collapse. It caused mortgage lenders to pull countless rates. Moreover, the mini-budget forced the Bank of England to step in to save pension funds. So, who better to feature at Edenbridge than her?

The Kent town has poked fun at famous figures for more than 20 years. It torches effigies of them alongside the traditional Guy Fawkes. A caricature of Truss’s predecessor Boris Johnson went up in flames in 2018. Back in 2016, Edenbridge torched an effigy of US president Donald Trump. Previous targets have included British prime ministers Tony Blair and Gordon Brown.

But Truss is one of the more appropriate figures Edenbridge will set on fire – given that she doused the UK economy in political petrol and then threw an ideological match onto it. How the former PM will react to the news is anyone’s guess.