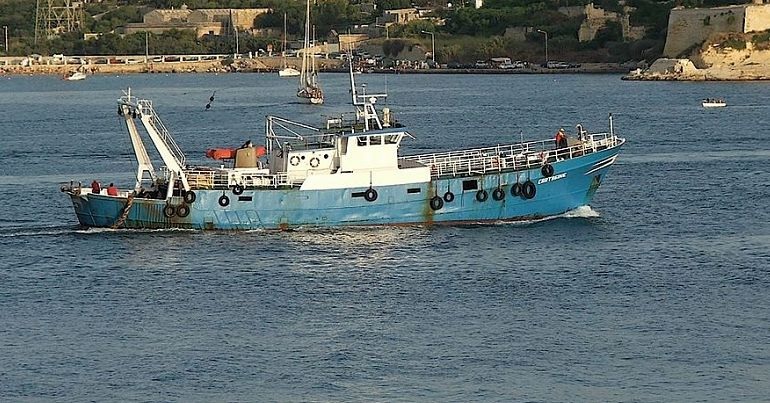 ClientEarth is mounting legal action against the EU for failing to live up to its commitment to tackle overfishing. The move comes amid other inadequate efforts by authorities to protect the ocean and stop climate carnage in the seas.

As the Guardian reported, the environmental organisation filed a request for the Council of the European Union on 25 March. It calls on the council to review the fishing limits all 27 member countries set for December 2021 in the north-east Atlantic. The EU’s common fishing policy placed a deadline for the bloc to end unsustainable fishing by 2020. But EU ministers willfully failed to meet that deadline. And, according to the Guardian, monitoring data shows that “40% of all commercial stocks in EU waters were unsustainably fished last year”.

ClientEarth will mount a case at the EU court of justice if the council refuses its request. The organisation’s fisheries lawyer Arthur Meeus said:

We are taking legal action to stop EU ministers consistently allowing rampant overfishing. These short-sighted policies are putting at risk the future of our fishing industry and the survival of coastal communities.

The lawyer added that ClientEarth is also planning to bring legal action against the fishing limits set for “shared EU and UK fish stocks”. In 2021, the ocean-focused organisation Oceana released an audit on the state of UK fish populations. It found that sustainable exploitation only happened for 38% of those it audited, with overfishing affecting six out of ten.

Overfishing is a global problem. The UN Food and Agriculture Organisation (FAO) reported in 2020 that around 65% of “fish stocks” were exploited within “biologically sustainable levels” in 2017. That was down from 90% in 1974. Most of these fish, almost 60%, are being “maximally sustainably fished“. This means they’re being exploited at the highest rate possible before they’d be reclassified as overfished under conventional criteria.

Moreover, the majority of the ocean lies beyond the economic zones that mark individual nations’ sea-based borders. And control of fishing on the high seas is scant. Crew from the Greenpeace ship Arctic Sunrise recently described the situation they witnessed during a voyage through the South Atlantic. Oceans campaign lead Luisina Vueso from Greenpeace Andino said:

This area is known as the wild west of the seas for a reason: it’s lawless and bloody out here. Looking out from on deck I can see countless industrial fishing vessels on the horizon. We calculate 265 ships just within a 35 km range of us, and well over 400 in the broader ‘Blue Hole’ fishing area.

As Mongabay reported, after years of discussions, UN member states were supposed to finalise an agreement on sustainable management of the high seas at a meeting in March. But they failed to do so. Meanwhile, the World Trade Organisation’s negotiations on a treaty to crack down on fishing subsidies – which are a major driver of overfishing – still haven’t reached a conclusion.

Overfishing is one of many threats to the world’s ocean. Plans for deep sea mining represent another major threat on the horizon. Pollution and the climate crisis are catastrophic menaces too. And these threats compound each other. As National Geographic has pointed out, overfishing can weaken coral reefs by removing the fish that keep their ecosystems in balance. This makes them “more susceptible to being ravaged by extreme weather events and climate change”.

Recent events highlight how severe the situation is. A mass coral bleaching event has happened on the Great Barrier Reef in a cooler La Nina year. Warmer waters cause such bleaching. Meanwhile, temperatures at the poles have reached extraordinary heights, with the Arctic reaching 30 degrees above average. Antarctica has experienced heat 40 degrees above average and the collapse of an entire ice shelf.

Global and national authorities must step up to limit the pressures on the ocean. Taking concerted action to stop overfishing is the very least they can do.