Coronavirus keeps 200,000 pupils out of school as infection levels near record highs - Canary 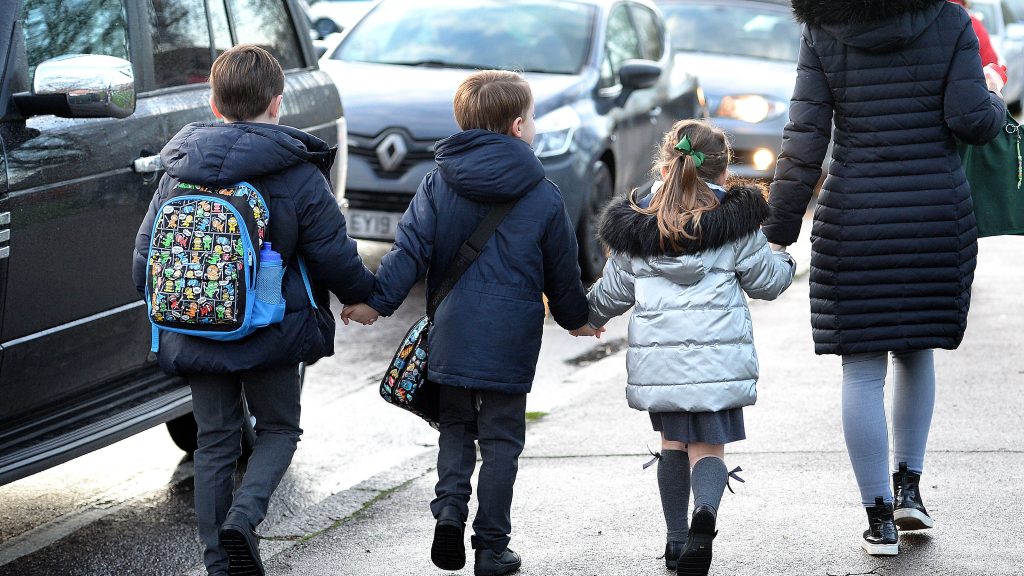 Some 200,000 children are off school in England due to coronavirus (Covid-19), the education secretary said. He also promised more details on rapid testing this week when universal free provision is stopped. It comes as infection levels have approached record highs in England.

Nadhim Zahawi said further information about lateral flow tests will be set out on 1 April, when mass free testing will end in England. The government has said free tests will only be made available to the most vulnerable. But an education union has said removing free access when coronavirus cases are high “feels irresponsible”.

There’s been confusion within the NHS as to whether tests will remain free for staff. The NHS Confederation said workers may be forced to pay about £50 a month if they have to fund the mandatory tests themselves. And it called for clarity over the issue. Meanwhile, school leaders have also expressed concern over “worrying” reports of a recent rise in coronavirus cases in schools. They’ve warned that the issue could get worse when families have to pay for tests.

Zahawi did not rule out more testing in schools when he told the BBC’s Sunday Morning programme:

We will say a bit more about testing on April 1 of course as to what the policy is.

He said there are “around 200,000” children off school currently because of coronavirus, adding:

But Zahawi faced criticism from the Liberal Democrats. They claimed he’s “in denial about the level of Covid infections in schools”. The party’s education spokesperson Munira Wilson said:

This Government has let down and abandoned our children time and time again over the past two years and history looks doomed to repeat itself. It’s clear they have no plan for dealing with rising numbers of infections and absences. Schools deserve a cast-iron guarantee that they will be given the resources they need to ensure no child will miss out on learning.

Government incompetence cannot be allowed to disrupt their education further than it already has.

Covid cases have been spiking again in many schools over the past week or so – in line with the rising numbers nationally. Removing free access to lateral flow tests at this point feels irresponsible.

It will make tracking and controlling Covid almost impossible. There is a lot of anxiety from school leaders about what could happen once tests are unavailable.

Meanwhile, more than 600,000 people will be invited for a coronavirus booster jab from the week starting 28 March as infection levels climb close to record highs in England.

Around one in 16 people in private households in England – or 3.5 million people – are likely to have had coronavirus in the week to 19 March, according to the Office for National Statistics (ONS). This is up from one in 20, or 2.7 million people, in the previous week. And it’s the third week in a row that infections are estimated to have risen.

Since rolling out spring boosters, more than 470,000 people have come forward for a jab, NHS England said.