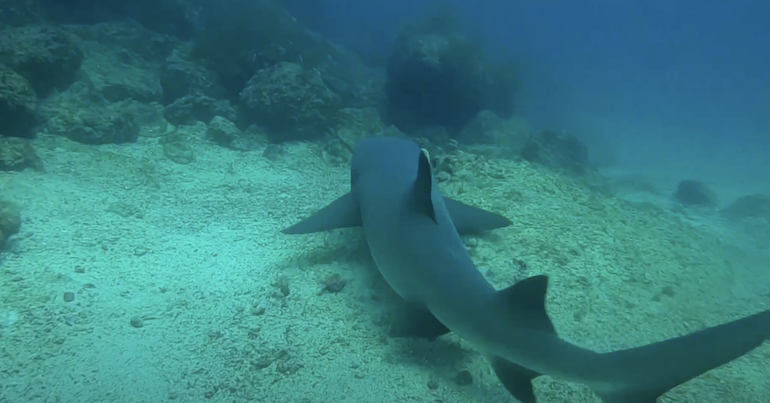 The United Nations (UN) Food and Agriculture Organization (FAO) has faced criticism for ‘lobbying’ against increased protections for wild species at the body’s World Wildlife Conference. The Convention on International Trade in Endangered Species of Wild Fauna and Flora’s (CITES) conference of the parties (CoP19) is a two-week long event. It brings together governments to make decisions that will determine the fate of hundreds of species.

The FAO effectively stands accused of acting in the interests of industry giants, otherwise known as ‘corporate capture’. This is a common criticism of the UN, as condemnation at another conference shows.

Industry positions, brought to you by the FAO

Countries have put forward proposals on species protections at CoP19. Panama, which is hosting the event, has proposed increased protections for some sharks, such as requiem sharks. As Forbes reported, the World Conservation Society’s director of shark conservation, Luke Warwick, said:

If adopted, Panama’s proposal will be the most significant policy action ever enacted for these ancient ocean predators – and could be the step that helps prevent trade from driving their extinction

Dozens of countries are co-sponsors to Panama’s proposal. It calls for the protection of the entire requiem shark family, essentially on the basis that protecting the whole family is the only way to meaningfully protect the at-risk sharks in it. That’s because they are hard to distinguish from each other in trade, such as for shark fins.

According to the non-governmental organisation (NGO) SeaLegacy, however, materials at CoP19 that appear to be from the FAO argue that many of the sharks that Panama’s Proposal 37 would safeguard don’t meet the “criteria” for protection in this instance:

We are alarmed by the actions of @FAO at #CITESCOP19. A @UN agency shouldn't lobby in favor of industrial fishing interests and misuse funds on materials that oppose proper management of marine biodiversity. We join our partners and urge the @UN to audit FAO's actions @CITES. pic.twitter.com/KCSwYmIBiq

Opposition to protections for the entire requiem shark family is in line with the fishing industry’s views. Such views are aired in a video that the secretary general Javier Garat of the Spanish Fisheries Confederation CEPESCA claims was also produced by the FAO:

Sharks are in serious trouble

In the video, fishing industry insiders highlight the blue shark, which is part of the requiem shark family, as lacking any need for protection. It’s not hard to see why. According to Shark Stewards, the blue shark is “the most heavily fished shark in the world”.

The NGO argues that the species does need protection. Indeed, the Marine Conservation Society gives blue sharks a sustainability rating of “avoid”, meaning people shouldn’t consume them because of their conservation needs. The International Union for Conservation of Nature’s Red List assessment says blue sharks are near threatened.

Of course, the right moment to start protecting a species is before it’s on the cliff edge of extinction.

Overall, sharks are in serious trouble, largely due to overfishing. A 2021 study found that over a third of sharks, rays and chimeras – all belonging to a vertebrate class known as ‘Chondrichthyes’ – are threatened with extinction. Meanwhile, further research published in the same year showed that oceanic shark and ray populations have declined globally by 71% since the 1970s.

In another part of the world, the UN is also raising eyebrows for the level of industry involvement in an event. The climate conference, COP27, is taking place in Egypt until 18 November. This is another two-week long event and it has been filled to the brim with fossil fuel interests. According to Global Witness, officials at CoP27 have granted access to 636 fossil fuel lobbyists. The NGO warned that:

We cannot afford fossil fuel companies in the room, greenwashing, delaying and pushing questionable technofixes that allow them to carry on with business as usual.

Others have pointed out that meat and dairy lobbyists are also out in force at the climate conference. The industry appears to be making the case for why it’s a solution to the crisis, rather than a cause, contrary to what its record indicates.

Livestock lobbyists are showing up with unprecedented visibility at #COP27.@FawcettAtkinson reports on @GRSBeef, @CanCattle and @dfc_plc working to convince COP27 attendees that meat can be a climate solution via @NatObserver. 2/11https://t.co/FjOIHQ0pLV

There’s a huge effort to appropriate the struggles of African pastoralists in defense of the meat industry at Egypt’s COP27.

It’s obvious that a lot of these groups have industry financing, but this is much weirder than I thought.

The UN’s own special rapporteur on the right to food, Michael Fakhri, criticised the UN 2021 Food Systems Summit regarding the overbearing influence of corporations too. The rapporteur said that the summit was largely led by experts “drawn from corporate-friendly organizations”. As a result, the event’s leaders:

The UN has historically faced criticism for the corporate capture of its events and how this impedes progress on issues of vital importance. The conferences taking place this year are clearly no exception.