Repression in the courts is failing to silence Palestine campaigners - Canary 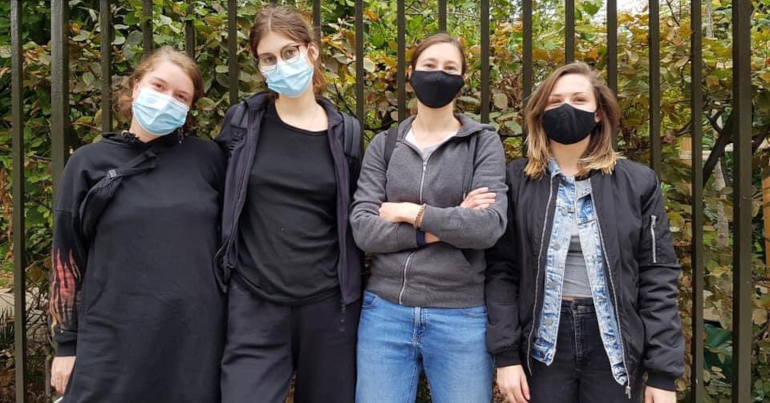 Palestine campaigners have been dragged through the UK courts over the last few months because of their intense direct action campaign against Israeli arms company Elbit Systems.

Elbit is Israel’s largest private drone manufacturer, and manufactures the majority of the drones that the Israeli military uses to attack Gaza. It also manufactures small-caliber ammunition for the Israeli army. Campaigners have been have been taking action against Elbit for more than a decade. However, the direct action campaign gathered momentum after the formation of Palestine Action in 2020. Campaigners have vowed to push Elbit out of the UK.

This week, three campaigners are standing trial in Southwark Crown Court, for an action in which they drenched the London HQ of Elbit Systems in red paint.

The #Kingsway5 trial will resume from tomorrow!

The 5 activists drenched the former London HQ of Israel's largest arms firm, where deadly deals were made. Now, it's time to turn out in mass to support Palestine Action's first Crown Court trial #ShutElbitDown pic.twitter.com/6YNA1cK7gC

The campaigners are facing more than a dozen court cases against them over the next year, as a result of their persistent resistance against Elbit.

Refusing to be silenced

The state’s attempts to criminalise the campaigners haven’t slowed the pace of the solidarity campaign.

On 12 November, two people entered the House of Commons and defaced a statue of Lord Balfour. The action was in commemoration of the 105th anniversary of the Britain’s 1917 ‘Balfour declaration’, which paved the way for the mass colonisation of Palestinian land, which was under the colonial rule of the British mandate at the time:

BREAKING: Palestine Action strike the heart of the British government to deface Balfour's statue in the House of Commons #Balfour105 #DecolonisePalestine #ShutElbitDown pic.twitter.com/C8udrktm5t

Then, the offices of Fisher German, which is the landlord for Elbit’s Shenstone factory, were damaged twice this week:

In Birmingham, people occupied Barclays Bank, calling for an end to investment in Elbit Systems:

As we reported last week, a new anti-colonial rebellion is gathering momentum in Palestine. As Palestinians risk their lives to resist Israeli apartheid, it’s up to us to have their backs. The Palestine solidarity movement in the UK isn’t letting the unrelenting pressure from the police and courts stop its campaign of direct action. We need to stand with the Palestinian struggle for freedom, and defend those who are taking action here in the UK.