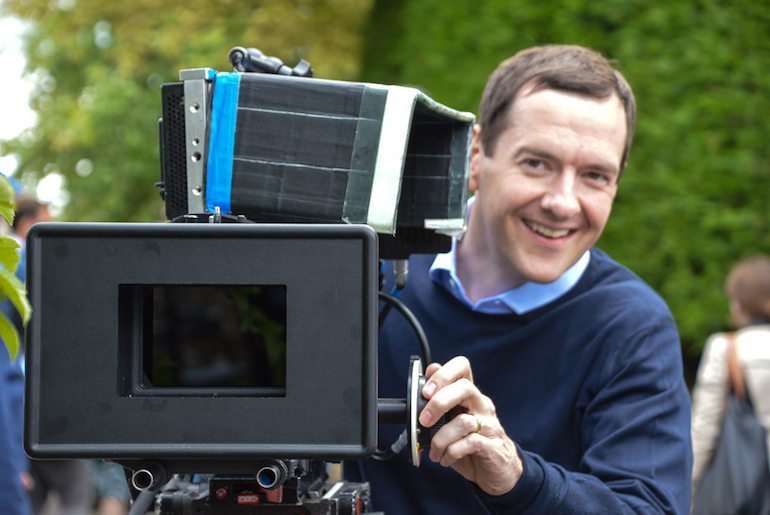 Osborne is congratulating himself on protecting the science budget, but in reality we are worse off than in 2010; as a fraction of GDP, the science budget will be 20% lower in 2020 than it was in 2010. These austerity measures will probably lose the UK it’s edge in research and development.

On Wednesday, chancellor George Osborne announced that the UK’s £4.7bn science budget would be “protected” in real terms, increasing in line with inflation until 2020. By ignoring expert advice – including that of the Commons Science & Technology Committee – he’s putting our science base in jeopardy.

We should be worried about this. Science is fundamental for a strong economy – it drives innovation, attracting commercial funding. A boost in a country’s science base also creates high value jobs, which we’re in real need of. Nicola Blackwood MP, Chair of the Commons Science & Technology Committee, explained:

Spending on science and innovation is not a state subsidy, it is a strategic investment that creates jobs, increases productivity and attracts inward investment.

We’re facing huge challenges like the fuel crisis, which is hitting our wallets hard; energy costs each of us an estimated £2200 a year, yet the government only invests £10 for each of us on energy research, which could cut those costs. According to the Campaign for Science and Engineering, every £1 spent on research increases the output of the private sector by 20p a year, forever.

It’s so vital that even 8-year-old Adam understands why it needs a bigger budget:

Science controls most of the things we all use. We need it to help our hospitals and doctors, to make patients better. We need it to help people in other countries grow food and build their villages. In school we need science so we can learn about the world. If we don’t have money for science in work or colleges then we can’t create and share new ideas. Please don’t cut research funding.

Perhaps Osborne is lacking in imagination.

According to Scienceogram’s calculations, the UK currently spends about £11k per person on everything from pensions to police. £160 per person goes to science. As a comparison, £700 goes to defence.

Imagine if we spent as much on science as we do on war. We might have nailed nuclear fusion by now, saving us millions on our energy bills and cutting emissions at the same time. We could have made strides in curing cancer, which currently kills around one in three of us and results in billions spent on treatment.

There’s a lot we could get out of increased spending, as Scienceogram explains:

Whether it’s a new treatment for a disease you could get, or a technology that makes the goods we buy cheaper, research is good for everyone, not just taxpayers.

Austerity UK will be out-competed

The UK is meant to be a science superpower but the new budget puts us even further behind competitors like Germany and the US – what’s happened?

Ok, increasing the budget to match defence is unrealistic, but leaving it at current levels is risky. Adjusted for international calculations, the UK spend on science is £134 per person per year – that’s below the G8 average of £187, the OECD average of £160 and the EU average of £142.

At just 1.7% of GDP, the budget looks paltry compared to competitors like the US and Germany (spending 2.8% and 2.9% of GDP on science respectively). Importantly, it’s also far below the 2.7% recommended by the Commons Select Committee.

Although a “protected” budget means scientists will be able to continue their work, it puts the country at risk of falling behind the competition and means we won’t fully benefit from job creation, increased productivity and investment from overseas. As Blackwood warned:

The UK risks losing its status as a world leader in research if the Treasury does not make a long term commitment to increase science funding in the Spending Review.

But Osborne didn’t take the Committee’s advice. He didn’t increase the budget and regain our competitive position. He didn’t imagine a world in which we invest more in solutions to problems that affect us every day. Osborne claims to have “protected” the budget to keep science ticking over, when he’s actually performed an act of trickery, putting it in an even worse position.

This is bad news for research, innovation, jobs and the economy. Yes, we should be worried.