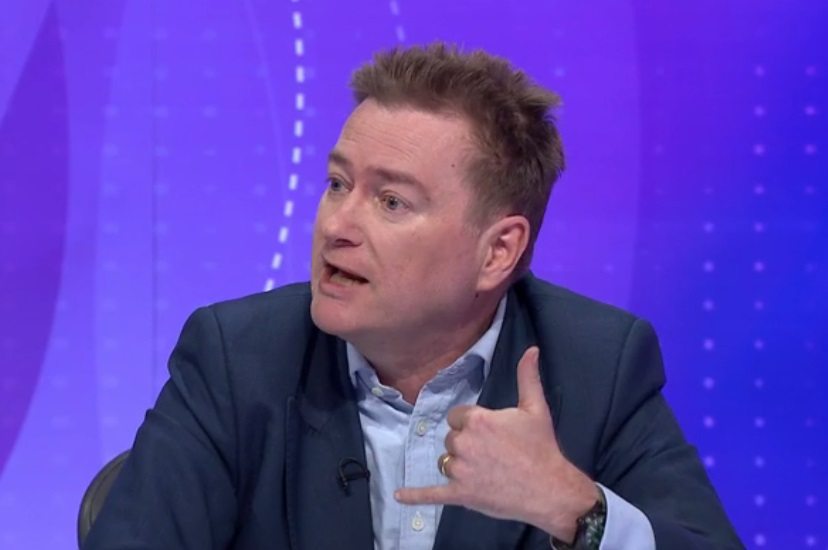 With the Brexit decision looming, one of Thursday’s Question Time discussions focused on immigration. Panellist and hedge fund manager Paul Marshall, in typical pro-Brexit fashion, brought up refugees. He argued that they are a “massive” part of an EU “mistake” that affects migration to the UK. He justified his arguments with a disgusting raft of distorted claims that should make any Brexiter squirm.

But many in the Question Time audience were having none of it.

The art of deception

The question Marshall addressed in the discussion was:

If we stay in the EU, how can immigration be controlled to ensure that jobs and services are not stretched to collapse?

He began by claiming immigration cannot be controlled, because of the “ideological commitment” in Europe to the free movement of people. He then said:

that existing situation is now being compounded on a massive scale by a second mistake by Merkel, which is to invite a huge number of migrants from the Middle East and Africa

This is an extraordinary statement. Angela Merkel hasn’t ‘invited’ in refugees who have fled war zones and escaped to Europe. She has accepted them, because countries have a legal obligation to do so. Merkel has tried to ensure that the many refugees who first arrived in Greece have been distributed more widely, and fairly, within Europe. And this was an essential measure to prevent an already financially stricken member of the EU from bearing the entire weight of the new influx. This was simply an act of cooperation.

If these refugees had landed on English shores, we would be duty bound by international law to do the same. And we’d probably expect Scotland and Wales to take their fair share. This would be the case regardless of whether we were in the EU or not.

Following this blatant fabrication, Marshall then thought some excessive fearmongering was in order:

Population forecasts for the world in the next 20/30 years is to go from 7 billion to 10 billion. Most of those extra people are going to be in Africa. They’re all gonna have mobile phones. And they’re all gonna be hearing about how great it is in the EU.

So according to Marshall, once the natives get hold of technology they’ll all be sprinting to our door. One audience member reacted with surely what many were thinking:

I can’t believe what I’ve just heard in all honesty. Everybody in Africa will have a mobile phone and will be able to tell each other how amazing it is in Europe? What a ridiculous statement. Do you understand that actually people in a lot of places coming over through Europe, coming to our country, are doing it because they are desperate? They are not doing it because they are having a little chat on Facebook about how amazing this country is.

Not to be defeated, Marshall then pulled out this humdinger:

some are doing it because they’re desperate. A large number of the migrants into Europe are actually the wealthiest group, wealthier group, of migrants, whether it be from Syria or from Africa

Incredulously, Marshall – the hedge fund manager – is arguing that many of these refugees are undeserving of our accommodation because they’re wealthy. We can be fairly sure he doesn’t take that attitude with his clients.

He’s referring to reports noting that many refugees have educated, middle-class backgrounds. But in using this as ammunition against valid criticism, he actually destroyed one of his main points about immigration.

One of the reasons Marshall gave for wanting to curb migration from the EU was that it would enable the UK to bring in more people from outside the EU “that we actually need”. However, if a “large number” of the refugees are already trained professionals, in areas such as healthcare, then surely letting them in would solve this skills gap that Marshall is so very concerned about.

And whether a refugee is rich or poor, there is a common bond between them. As the audience member attempted to bring to Marshall’s attention:

Wealth also doesn’t matter much for the unaccompanied children in desperate need of protection in EU countries – children that the UK parliament recently voted to abandon completely.

As the SNP’s Alex Salmond, a fellow panellist, pointed out to Marshall:

The sort of logic and argument you’ve put forward is the excuse for why so many of these members of parliament went through the lobbies and denied the right of even 3,000 children to come to this country for safety and for security.

In short, Marshall’s use of the refugee crisis to bang the drum for Brexit was poorly conceived and dangerous. He completely ignored the existence of causality; that wars actually exist, some of them perpetuated by our own country, meaning we can’t just ‘send them back’. He steered clear of acknowledging that many of the refugees are children, some 10,000 of whom are already missing, and in serious danger of trafficking and abuse. In fact, he didn’t even use the word ‘refugee’. Not once.

Instead, he spewed warnings about the phone-wielding millionaire migrants who will descend on the UK in their billions should we remain in the EU. This sort of sabre-rattling appeals to the very worst in all of us. And if this is what Brexit is offering, we should think very carefully about whether to accept.

– Read about Diem25 who are trying to bring about real democratic change within the EU.