Embarrassingly, it appears David Cameron’s EU campaign is suffering from a severe lack of support: 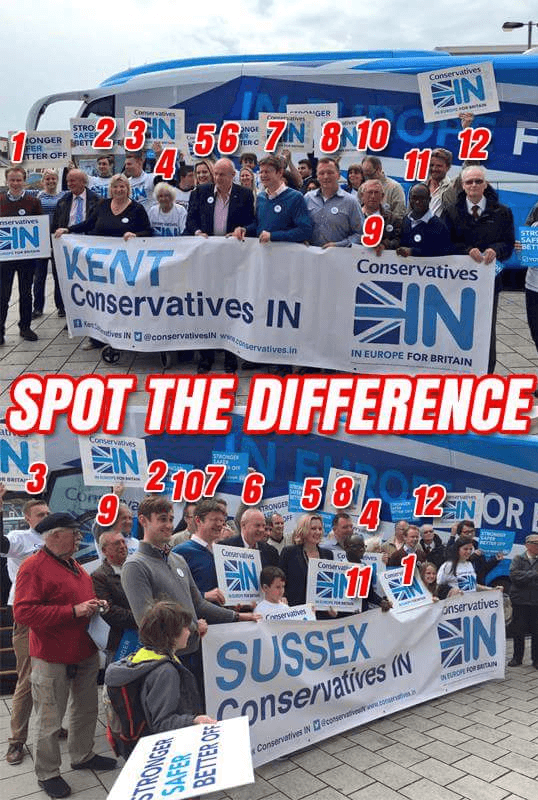 This is pretty awkward for the Prime Minister and his Remain campaign. The paving slabs let the cat out of the bag – the very same group of campaigners have just swapped a banner. Then shuffled around to pretend they are different people in a different city at a different time.

Resorting to recycling activists for photo ops betrays the lack of support for Cameron’s version of the EU. Perhaps because his Europe is one of tax avoidance, corporate hegemony and privatisation.

In 2013, he personally shielded offshore trusts – much like the one that benefited him – from an EU tax crackdown.

Meanwhile, he has always firmly supported the US-EU ‘trade deal’ the Transatlantic Trade and Investment Partnership (TTIP), which would allow US giants to subvert our democracy in kangaroo courts while suing our governments for being perceived to inhibit profit. TTIP would also open up our public services to further privatisation.

Recently, rebellious Tory Brexit backbenchers have been taking advantage of Cameron’s skinny majority. After an unlikely alliance with Jeremy Corbyn and other parties, the NHS looks set to be protected from TTIP. However, this still leaves other public services vulnerable.

Amusingly, this is not the only time Cameron’s Remain campaign has had to try and make up for embarrassing levels of support: 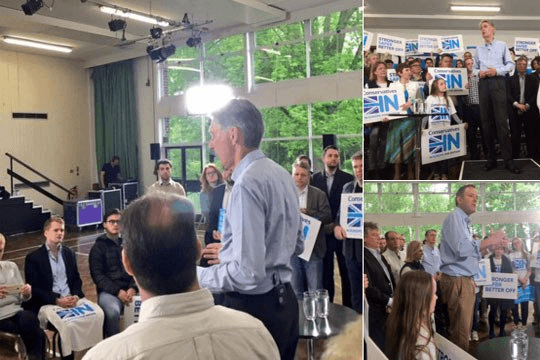 The publicity shots on the right are angled so it looks like there’s a packed crowd. But the one on the left shows there are just three people sat in the audience.

These crafted photo ops are much like Cameron’s campaigning for the 2015 General Election. Last year, David Cameron staged a Conservative rally where the cameras were angled in order to create the illusion there was a room full of excited supporters. 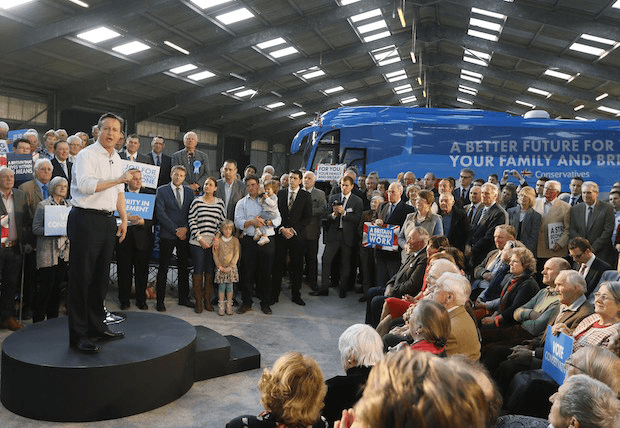 But from another angle…

To give you a better idea of the size of this barn, and the size of the rally, the event is entirely behind this bus pic.twitter.com/4SPBJ8B1X7

But another Europe is possible. To illustrate, much of the opposition to TTIP has come from throughout the EU. Last October, a 250,000 strong anti-TTIP protest in Berlin took Angela Merkel by surprise.

Across Europe, the public are increasingly rejecting the political establishment. Corbyn’s Labour loosely parallels the Five Star Movement in Italy, Podemos in Spain and Syriza in Greece. European progressives must unite to make sure it is they who fill the growing void left by an out-of-touch establishment, rather than fascists.

As the images suggest, Cameron’s vision for Europe is merely the Thatcherism of the past. The majority of Europe is undergoing brutal austerity – we would all benefit from investment-based government spending, a robust welfare state and properly funded public services.

Remember to register to vote in the EU referendum.