Brexit looked like it was in the bag, then the EU court made this shock decision - Canary 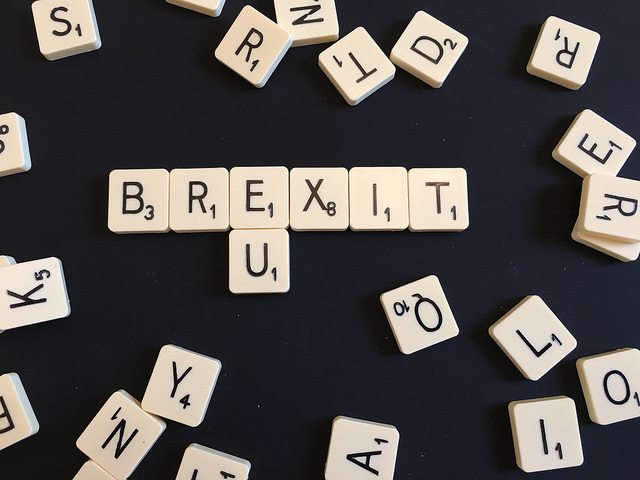 The European Court of Justice has just backed David Cameron on his plans to restrict child benefit for EU migrants. Not only is this a blow for the Brexit campaign, but for the 32,000 children of migrants, who live in their country of origin.

A challenge was placed by the European Commission, who argued that restricting benefits for workers who came to the UK from the EU amounted to discrimination. The basis of this argument was that British citizens are not treated in the same way in other EU member states.

But the EU Court disagreed, saying that:

The Court rejects the Commission’s principal argument, that the UK legislation imposes a condition supplementing that of habitual residence contained in the regulation.

It went further, adding that:

There is nothing to prevent the grant of social benefits to EU citizens who are not economically active being made subject to the requirement that those citizens fulfil the conditions for possessing a right to reside lawfully in the host member state.

While the court stipulated it may amount to “unequal treatment” of workers, it deemed that an individual state’s right to protect its finances was more important. The restriction will be calculated by how it would compare to the cost of living in a migrant’s home country and begins immediately for new arrivals. It will begin in 2020 for the 32,000 children currently receiving the payment.

The restriction was part of Cameron’s renegotiation deal from February, and at the time, it was unclear whether this particular issue would be resolved before the referendum on 23 June. However, it is likely that if the UK voted to leave, then this would fundamentally be null and void as the whole issue would be back to the drawing board.

It will surely add fire to the “Remain” campaigns belly, after Boris Johnson publicly denounced Cameron’s deal, saying it was a “total failure”. He also said that the EU and UK’s relationship would be “wholly identical” whether the renegotiation had occurred, or not.

This ruling is a victory for Britain, confirming we have a fair immigration system as well as having full access to the EU single market. The right to travel and work abroad is a two-way street, around 1.2 million Brits choose to live in the EU.

With the latest polling averages showing the Leave campaign marginally ahead, Remain need every victory they can get. And this is a fairly sizeable one.

It comes on the day that the Sun broke the internet by publicly backing the Leave campaign: 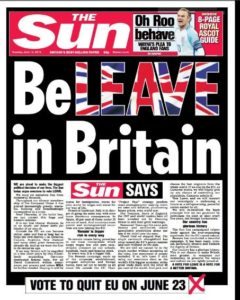 As The Canary also reported, Tory MP and Leave supporter Priti Patel made a less than convincing case for a Brexit on BBC Radio 4 on Tuesday morning.

But while all this is deemed important in terms of the ongoing battle between “In” and “Out” – what about the 32,000 children who will be losing out?

There are approximately 2.4 million EU migrants living in the UK – but less than 1% of them are receiving child benefit for children back in their homeland.

According to HMRC data as of March 2015, there were 19,579 claims of child benefit in which the money was being sent back to the country of origin. This accounted for around 0.3% of the total 7.55 million families receiving child benefit at the time. Hold the front page.

With child benefit currently set at £20.70 a week, the cost of these 32,408 “scrounging” migrant children is £34 million per year. This equates to 0.03% of the total welfare budget, and 0.001% of our nominal GDP (how much money the country makes). This minuscule amount of money will barely scratch the surface, in real terms, of the UK’s finances. And even if it did – would the Tories put the money to good use?

It is a sad state of affairs when the bargaining chips used by politicians to try and sway voters are children.

Remember to vote in the EU referendum on 23 June