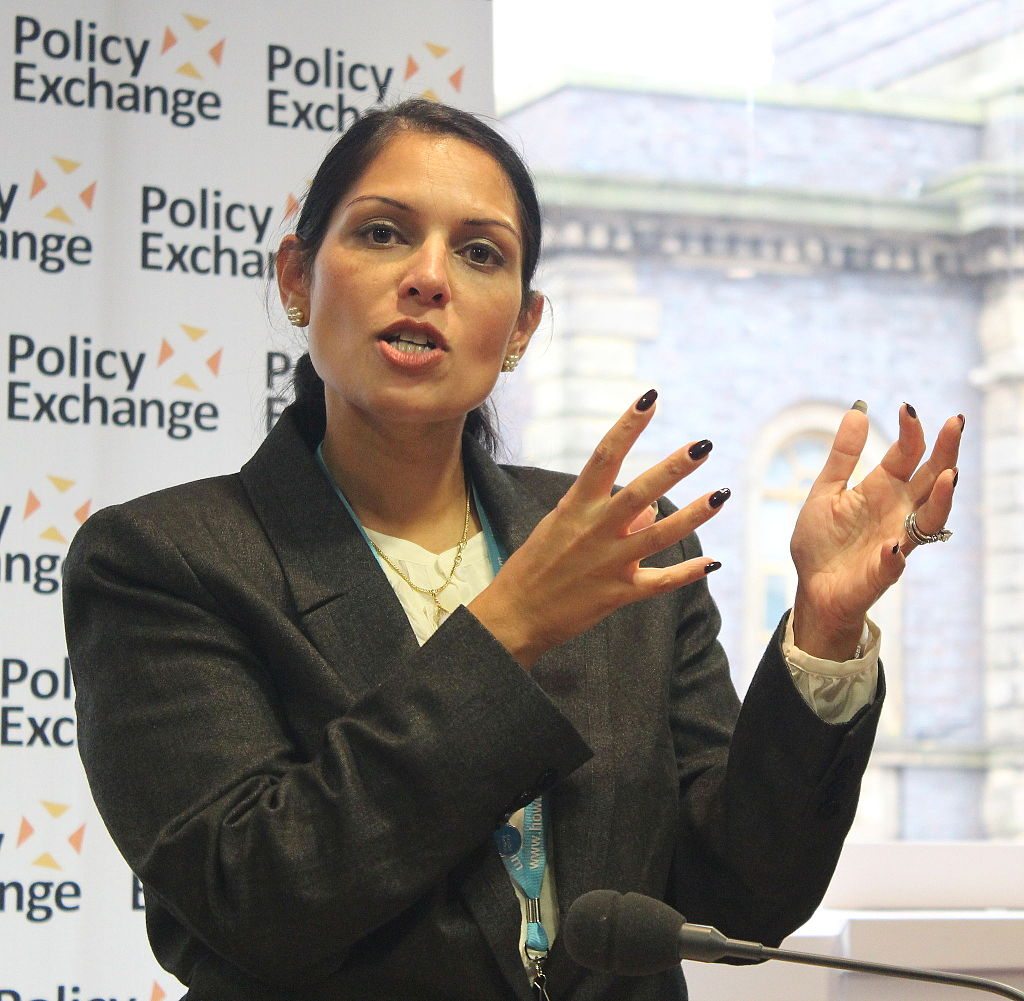 Employment Secretary Priti Patel has come under fire today after floundering in an embarrassing interview on how and where any post-Brexit money would be spent.

Patel, who has been campaigning for the Leave side, appeared on the Today programme on Radio 4 to promote their plans to spend £100 million a week on the NHS, to scrap VAT on fuel, and to still keep all the existing funding communities and regions receive from the European Union.

However, instead of presenting a clear argument she was clearly flummoxed, unable to answer any questions with clarity. Instead, she relied on using the terms “clear”, “very clear” and “clearly” 13 times in a seven-minute interview in an attempt to cover the fact she clearly knew very little about the arguments she was making.

Patel was challenged from the beginning of the interview when she was pushed several times on”what authority” she had to make the funding promises:

The question I asked you was not about the contribution, it was what on what authority you have to make this promise? It is governments who make these decisions on spending.

Unable to give a concise answer, Patel resorted to waffle:

Well, the reality is I think during this campaign there is the recognition that we pay money – we are giving money to the European Union, and of course, when we do get money back, it comes back with controls. It comes back with us as government ministers and the British government not being able to decide how to prioritise that money and what we can spend it on.

We are clearly saying that if we take back that control of that money we can spend it on a range of our priorities – ones I’ve listed today – but on top of that we can continue to invest in the NHS, we can scrap VAT on fuel which of course affects people on low incomes and these are the priorities which quite frankly make a significant difference.

Patel was then asked about the figures. Accepting that £100 million a week would go back into the NHS (a figure which has been roundly criticised by the Remain camp, who have also argued that leaving the EU would cost the NHS money), and cutting VAT on fuel (a figure she eventually put at £1.7bn after being pressed) she was then clueless about where the rest of the money would go.

Out of that £60m a week, how much would you spend on the sorts of things that your campaign has talked about which includes school places, new roads, VAT on fuel, which you’ve been talking about cutting? John Redwood has talked about tax cuts.

She followed this up with:

When further examined about the other promises Leave campaigners have made, Patel was simply unable to provide an explanation and continuously referred to the “government of the day” having “options”, with no clear strategy. Asked whether “all the other things” which the campaign has promised to spend money on were just being “dangled in front of voters”, Patel resorted to her favourite line:

We are saying very clearly that when we take back control of the money that we currently send to the European Union, the government of the day will have options and choices of how they choose to spend that money.

You can listen to the interview here:

Patel’s interview has been criticised from many quarters as people took to the internet to reject her claims. For example, her claims that funding for science would remain intact has been pulled apart given the reduced funding the UK currently allocates to scientific research.

Others criticised her made up and clearly ludicrous figures:

Priti Patel interview on #r4today astonishing, like spending Monopoly money when you don't even hold the cards https://t.co/dskgbRGcD6

Furthermore, whilst Patel made several references to “people on low incomes”, she has made her own agenda for exiting the EU clear – she wants to get rid of the “burdens” of “EU social and employment legislation”. The General Secretary of the TUC, Frances O’Grady, stated the following in reaction to her comments:

Leave the EU and lose your rights at work – that’s the message that even Leave campaigners like Priti Patel are now giving. But which rights would go – your right to paid holidays, your right to parental leave, maybe protections for pregnant workers? The EU guarantees all these rights and more, and it’s why Brexit is such a big risk for working people.

Indeed, if Patel really felt concern about the very genuine fuel poverty many people face, she would be examining the massive profits the big energy companies are making. She would also look at what Save the Children have described as the “poverty premium” whereby those on low incomes who are forced to have pre-paid meters which cost them an average of £250 a year more than paying by direct debit. However as a former lobbyist for the tobacco industry, it makes perfect sense that Patel would go after worker’s rights rather than attempting to protect those on low incomes from big business.

The whole referendum debate has been dominated by lies, manipulation and obfuscation. It has become more about Tory power plays than any real discussion over the pros and cons of a Brexit based on facts- and this interview is a case in point. It’s is becoming impossible for voters to untangle the webs which all sides have created – and whatever the outcome, the result will be dubious and not representative of a healthy democracy.