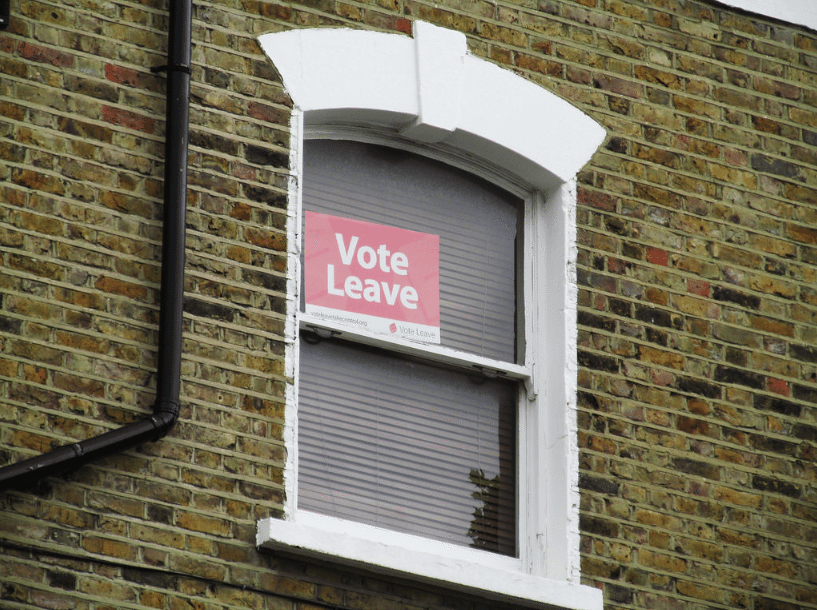 In signs that the Remain side of the EU Referendum campaign may have reached peak hysteria, economists are now arguing that London may leave the UK and ‘go it alone’ in the event of a Brexit vote.

While it’s a scenario most would dismiss out of hand, Prof Tony Travers of the London School of Economics argues that although such an outcome might seem fanciful, in the longer term at least, it is far from impossible.

It was the Scottish independence referendum in 2014 that contributed to what he describes as a wave of “London nationalism”, with an opinion poll at the time showing 20% of Londoners backed breaking away from the rest of the UK.

To Londoners, as well as many other people in Britain, the capital has always felt separate, and Prof Travers says that sense of separation will only grow if the UK backs Brexit on Thursday.

“If Britain votes to leave the EU it will almost certainly be the case that London and Scotland – and possibly Wales and Northern Ireland – will have voted to stay. All the polls suggest that,” he says.

He adds that under those circumstances, the logic would be as follows: “The Scots can do it and the Welsh can do it. They have much smaller economies than we [London] do. Like us, they voted not to leave the EU. We [Londoners] feel this is a totem, a measure, of how different London is from the rest of England. And therefore that needs to be recognised in local powers and local taxation.”

Apparently Travers is not alone in his assessment of the situation. He is joined by Kevin Doran, head of strategy and research at KBL European Private Bankers, who thinks London will go its own way by as early as 2035. He told the Yorkshire Post in 2014:

“Within 20 to 30 years’ time… they [London] will hold a referendum on taking themselves out of the UK, and away they go,”

Vice were also reporting on the possibility that same year.

The basis of the argument seems to rest on London being a sizable economy (equal to Sweden, Europe’s 7th largest economy) in its own right, and therefore somehow more entitled to break for independence than Scotland, Wales, or Northern Ireland.

Of course, what this omits is that London is not a nation, it has no language or cultural history as a people, and its workforce and GDP are not credited to London alone – but to the people throughout all corners of the United Kingdom who toil in and out of the capital to generate it. It is a capital, not a country.

This view was shared by former Downing Street policy adviser and now director of the Centre for London think tank Ben Rogers, who said:

“London is unquestionably the economic capital of Europe but it would be a mistake to think of London as an island because it still relies on the rest of the UK economy,”

“If London is the engine of the UK economy, the rest of the UK provides the fuel,”

“Although in some ways London is becoming distinct, it’s still intrinsically linked to the UK. It’s not like Scotland which was once an independent country.”

So, if the idea of London leaving the UK in the event of a Brexit vote is nothing more than an exaggerated fib –  what is this argument really about? Most likely, two things:

First, a further attempt to terrify the British public into voting to remain in the EU. Both sides of this debate seem to have stolen their entire playbook from the children’s fairytale Chicken Licken, promising that unless you vote their way, the sky will fall in. This feels like another squawk in that direction by Remain.

Second, it is a cynical smear campaign against the valid and myriad arguments for devolving power from London to other regions of the UK. Travers and company are basically having a sulk: leave the systems of power as they are, or we’ll take our ball and play elsewhere.

Just like the EU, if the UK is to continue to grow together, there has to be space for the democratic voice of all its constituents to be heard. There has to be investment in transport, local business, education, health and housing across the corners of our diverse and extraordinary lands. London is not weakened by strengthening the economies, democracies and communities of the rest of the nation – but individual barons of politics, media and industry are. This is why such panicked pronouncements are made whenever such a possibility arises – and are best ignored.