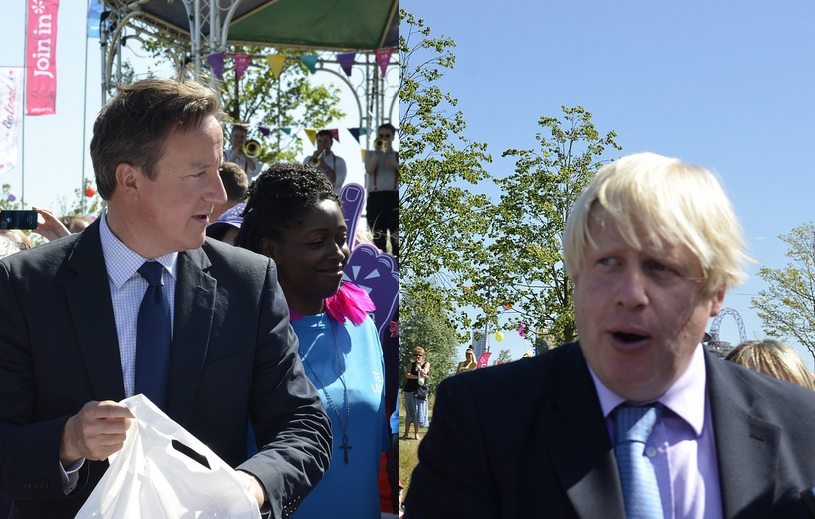 The Brexit debate has not been characterised by its clarity, factual evidence or honesty. But Michael Dougan, a Professor of European Law at the University of Liverpool, recently waded into the debate. He has brought some refreshingly practical insight to the issue – and highlighted a terrifying prospect on which there has been a deafening silence.

The 20 minute speech is well worth a watch for anyone planning to vote in the EU referendum on 23 June. He makes a number of important points. He clarifies the realistic timeframe we should expect for negotiation of a new relationship in the event of Brexit: 12 years at a minimum, with the first two spent finalising our ‘divorce’ from Europe.

He also addresses the confusion over what sovereignty the UK has within Europe, which has been an issue wildly distorted in the campaign. Noting that his assertions are based on what his institution teaches undergraduates, he states:

This is, of course, true. Otherwise, whenever our government wanted to slap another sanction on the unemployed, or rewrite healthcare policy so the private sector can profit from our ills, they would have to head to Brussels not Whitehall for approval. Dougan does concede that EU law is sometimes given precedence in UK courts, but only “when our parliament has expressly instructed them to do so in our own legislation”. He also explains:

Membership of any international organisation, whether its the UN, NATO, the EU, involves a trade off. You agree to certain obligations in return for the opportunity to exercise greater influence in practice.

It is this “trade off” that is in question rather than our actual sovereignty in the EU referendum. But, what of our sovereignty if we vote out of the EU? On this, Dougan provides an alarming possibility.

Due to the UK’s integral and incredibly powerful involvement with the EU since it joined in 1973, our laws are inextricably linked with those of the union. As a result, Dougan notes that in the event of Brexit:

There will have be a comprehensive review of the UK legal system. This will be an enormous technical undertaking.

But in a way the most important point I suppose is that it will have to be done very very quickly and it will not be done through parliament. It’s simply impossible to imagine a situation in which parliament can actually undertake a comprehensive review of the entire UK legal system. So, there’s pretty strong consensus that the only way this can be done is through an enormous delegation of power from parliament to the government.

What Dougan means here is that if Brexit happens, the Conservative government will likely be handed the power to completely rewrite UK law and policy. This would mean that in pursuit of our ‘sovereignty’ we could in effect become a one party state.

No wonder Tories on either side of the campaign have omitted this disturbing fact.

In the event that David Cameron holds on to the Conservative party reins following an exit from the EU, it is fairly obvious what he would do with such extraordinary power. His Chancellor George Osborne has already warned that leaving the EU would result in a £30bn financial blackhole which could only be resolved through tax rises and more public spending cuts. Cameron commented:

This is the same explanation Cameron and Osborne have been using for the last six years to justify the vicious austerity programme they have forced on the UK population. But in their ideological pursuit of shrinking the state to the size of a peanut – in terms of the public services it provides – no emergency can remain unexploited. And that it is exactly what they will do: use the upheaval to push through as many cuts as possible.

The opposing camp, led by Boris Johnson and Michael Gove, claims it will support Cameron remaining on as Prime Minister following any vote to leave the EU. But whether they hold true to that promise or not, theirs will be the party tasked with rewriting the UK’s rules – and these figures will have their say.

If the Vote Leave campaign focus is anything to go by, workers’ rights will be firmly in their sights. But, on these brave new terms the Tories’ traditional foe on this issue – the Labour party – will be removed from the negotiating table. The likelihood of a good deal for workers, rather than their bosses, in these circumstances would be very slim indeed.

Anyone paying attention to the EU referendum is now fully aware of the divisions within the Conservative party over this particular issue. But what unites the Tories is far greater than what divides them. In the event they emerge in an ‘independent’ UK with complete autonomy over our laws and policies, we can be sure there will be many changes they agree on, and almost all will be to the detriment of ordinary citizens.

But equally as true is that regardless of which side of the Brexit debate the public are on, the majority of people would not be content with a lopsided parliament where the government calls all the shots. Especially one that is already taking us back to the Victorian era in terms of our quality of life.

Whatever happens on 23 June, we must ensure there is a real opportunity for parliament to debate, change and discard laws and policies the government may propose. Without this, we are a dictatorship, and surely that is a box no citizen in the UK would mark.

If Brexit happens write to Cameron to demand parlaimentary scrutiny of new laws and policies.