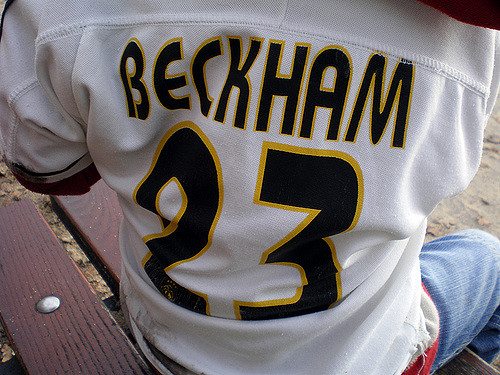 The UK breathed a collective sigh of relief on Tuesday, as the Beckhams waded into the EU referendum debate with their enlightening insights. It appeared at first that, like the rest of us, even they couldn’t agree. But all was not quite what it seemed.

David was first off the mark to publicly give his support – to the “Remain” argument. Taking to Instagram, the “Footballing Legend” said:

I’m passionate about my country and whatever the result of Thursday’s referendum, we will always be Great. Each side has the right to their opinion and that should always be respected whatever the outcome of the European Referendum

Wise words from the former Manchester United superstar. He went on to say, regarding his former club, that:

we were a better and more successful team because of a Danish goalkeeper, Peter Schmeichel, the leadership of an Irishman Roy Keane and the skill of a Frenchman in Eric Cantona. I was also privileged to play and live in Madrid, Milan and Paris with teammates from all around Europe.

Mr Beckham is quite rightly saying the success of his old team was, in part, due to European players. Whether a Brexit would mean millionaire footballers and their billionaire clubs would be subject to the same immigration rules as a factory worker is unclear.

We live in a vibrant and connected world where together as a people we are strong. For our children and their children, we should be facing the problems of the world together and not alone. For these reasons I am voting to Remain.

A stirring residual message that should resonate with everyone in the country. Unless you’re not a fan of globalisation or the undemocratic EU, as the “Leave” camp would argue.

Leave.EU were quick to pounce on this intervention from a man with a strong, global brand and 24 million Instagram followers. It appeared that there was a shocking rift in chez Beckham, as Victoria was quoted as supporting a Brexit:

But this quote is not quite as it seems – it was actually from 1996.

Speaking to The Spectator in December of that year, the Spice Girls were discussing their views on the European Union, specifically the Euro, at a time when a decision was looming as to whether the UK would adopt the single currency.

We Spice Girls are true Thatcherites. Thatcher was the first Spice Girl, the pioneer of our ideology — Girl Power. But for now we’re desperately worried about the slide to a single currency.

But the quote that Leave.EU have used in their campaign literature was this, from the then “Posh Spice”:

It’s been a terrible trick on the British people […] the impertinence of the bureaucrats in Brussels. The Euro- bureaucrats are destroying every bit of national identity and individuality. Let me give you an example — those new passports are revolting, an insult to our kingdom, our independence. We must keep our national individuality.

Does Victoria hold those sentiments now – twenty years later? It would appear not:

So, the Leave.EU campaign has taken a statement someone made two decades ago, and used it for reactionary political leverage. But this is not the first instance that those campaigning for a Brexit have been caught out manipulating the public.

On Monday car manufacturer Nissan announced it would be taking the official Vote Leave campaign to court, for using its brand without their permission. Specifically, to “prevent them making any further false statements and misrepresentations concerning Nissan.”

With the polling averages now giving the Remain side a slim lead, it’s anyone’s guess which way this referendum will go. But it would appear from the tactics being employed by the Brexiteers, that a slight feeling of unease may be creeping in.

But at least we know where the Beckham’s stand. Both “Vote Remain”. And with their reported £508 million fortune, it must have been a really hard decision for them to come to.

Whatever decision the public come to, the advice of the Beckham’s should maybe be taken with a rather large pinch of salt. The public should maybe also consider whether anything either side says can be taken as it seems.

Make sure you’re ready to vote on Thursday 23 June

Read all The Canary’s articles on the EU referendum