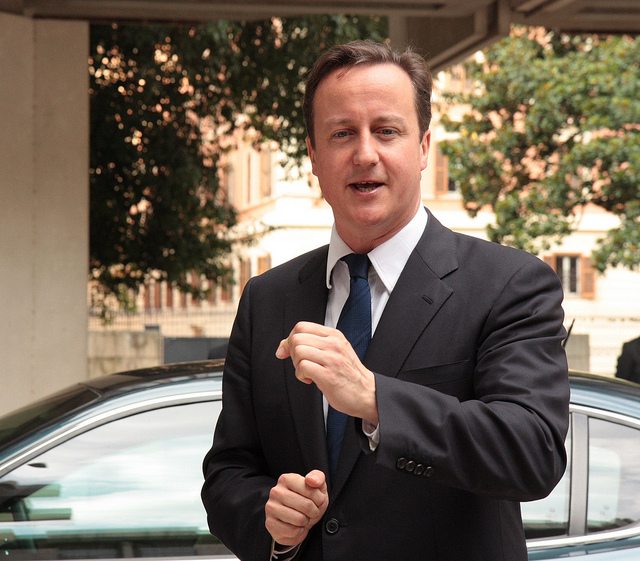 David Cameron has scraped the barrel in EU propaganda by using the oppression of the Palestinian people to win votes for his Remain campaign.

On Monday evening, three days before Thursday’s referendum, the Prime Minister paid a fleeting visit to a Jewish community event in central London. He used his platform to oppose a peaceful movement that calls for justice for the Palestinian people, by introducing a topic he knew would provoke a reaction, asking:

Do you want Britain, Israel’s greatest friend in there opposing boycotts, opposing the campaign for divestment and sanctions, or do you want us outside the room, powerless to effect the discussion that takes place?

For decades, Israel has continued to deny the Palestinians their fundamental human rights of freedom, equality, and self-determination by using colonisation, racial discrimination and military occupation. Despite repeated and ineffectual condemnation by the UN, other international bodies and human rights organisations, Israel’s crimes continue with merciless impunity.

But according to the Prime Minister, “Britain is Israel’s greatest friend.”

It’s the first time that Israel has been mentioned by David Cameron in the context of the referendum. However, he has never made a secret of his support for the state’s actions. In 2014, despite the massacre of more than 2,000 people (including 500 children) in Gaza, he defended the Israeli government’s tactics during the brutal 50-day assault.

The Prime Minister has come down hard on the nonviolent Palestinian-led Boycott Divestment and Sanctions (BDS) movement before. As the global campaign against Israeli occupation has gathered momentum, so have the attacks against those who support it. Last year the Tories issued a statement complaining that “hard-left foreign and defence policies” were on the rise, and are trying to ban councils from supporting the boycott. Among the examples cited were decisions by local councils to boycott goods from Israeli settlements in the occupied West Bank.

Despite Cameron branding Israel’s illegal settlements in the West Bank and East Jerusalem as genuinely shocking, he is still pledging to fight a peaceful movement that opposes them. However, irrespective of Cameron’s pre-referendum shoulder-rubbing with Israel, the BDS movement has vowed to continue targeting the corporations and institutions, which are complicit in violations of Palestinian human rights until Israel complies with international law.

You can watch the video of David Cameron’s speech here.

— Check the facts on Europe at FullFact

— Read The Canary’s articles on Europe and the referendum