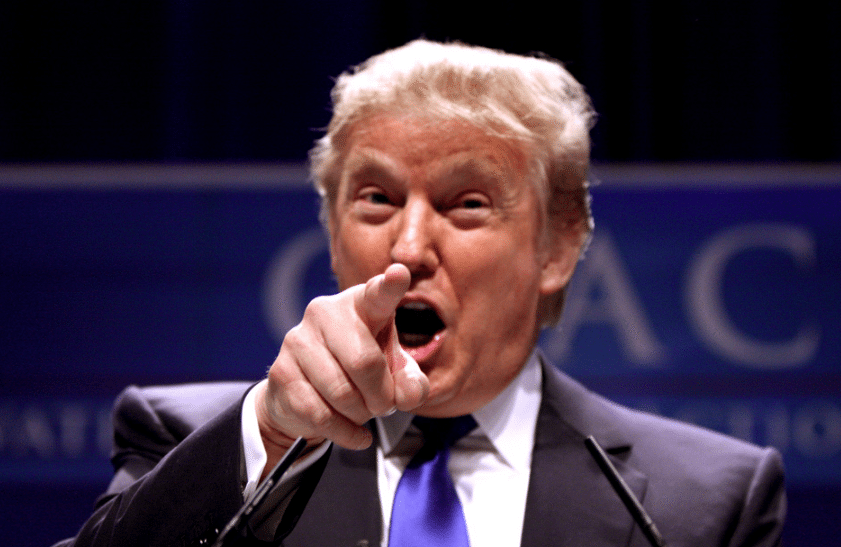 Republican presidential hopeful Donald Trump has once again put forward his case for Britain leaving the EU, shortly before jumping on a plane for UK shores.

The trust fund tycoon’s official reason for visiting Britain is to open a new golf course. As The Telegraph reports:

Flying to Prestwick on Thursday, Mr Trump will head straight straight to Turnberry in Ayrshire, for the unveiling of his revamped hotel and golf course the following day.

On Friday the real estate mogul will take part in the ceremonial cutting of the ribbon at the luxury resort, that Mr Trump says he has spent some £200m in refurbishing.

But Trump happens to be flying with a full media detail, and holding a press conference on Friday at which he promises to give his remarks on a Remain or Brexit relationship with the US and Britain. In essence, this is Trump’s first real foreign policy adventure.

Just in case anyone was considering taking Donald Trump’s advice on anything, here’s a reminder of the man’s behaviour so far:

He launched and continues a war against Fox News host Megyn Kelly because she dared ask him one tough question in a Republican debate.

He stood on stage at one of his rallies and physically mocked a disabled reporter.

His approach to immigration is to build a wall along the entire border with Mexico. He is demanding that Mexico pay for the wall, or he will ban payments from US-based Mexican immigrants (legal or otherwise) to family at home.

He has promised to perform a mass deportation of 11 million undocumented immigrants in the United States.

And this list isn’t even exhaustive. These are just some moments in a campaign for the Presidency that has been breathtaking in its willingness to ignite every possible prejudice of poor and middle class white America. Now he’s coming to Britain to attempt to do the same.