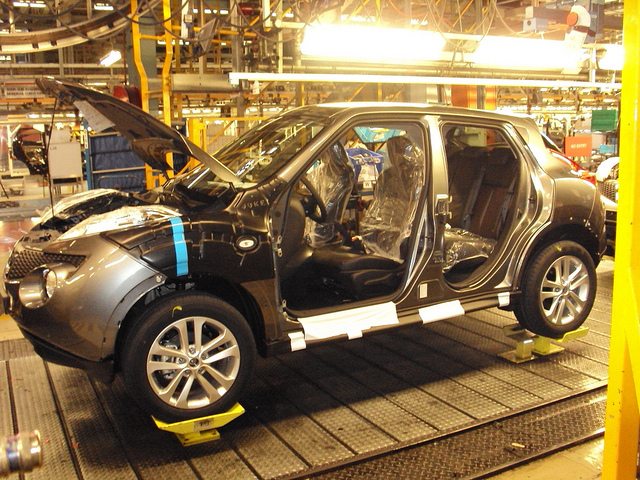 Japanese car manufacturer Nissan have announced that they are taking legal action against the official Vote Leave campaign after their logo was used in leaflets supporting the Brexit campaign.

The leaflet in question, entitled ‘EU Myth Buster,’ seeks to answer some of the key questions voters have put to the Vote Leave campaign including ‘Would jobs be at risk?’. The firm’s logo appears next to five other major companies including fellow car manufacturers Vauxhall and Toyota, with the message: “Major employers […] have all said they’ll stay in the UK whatever the result of the referendum.” 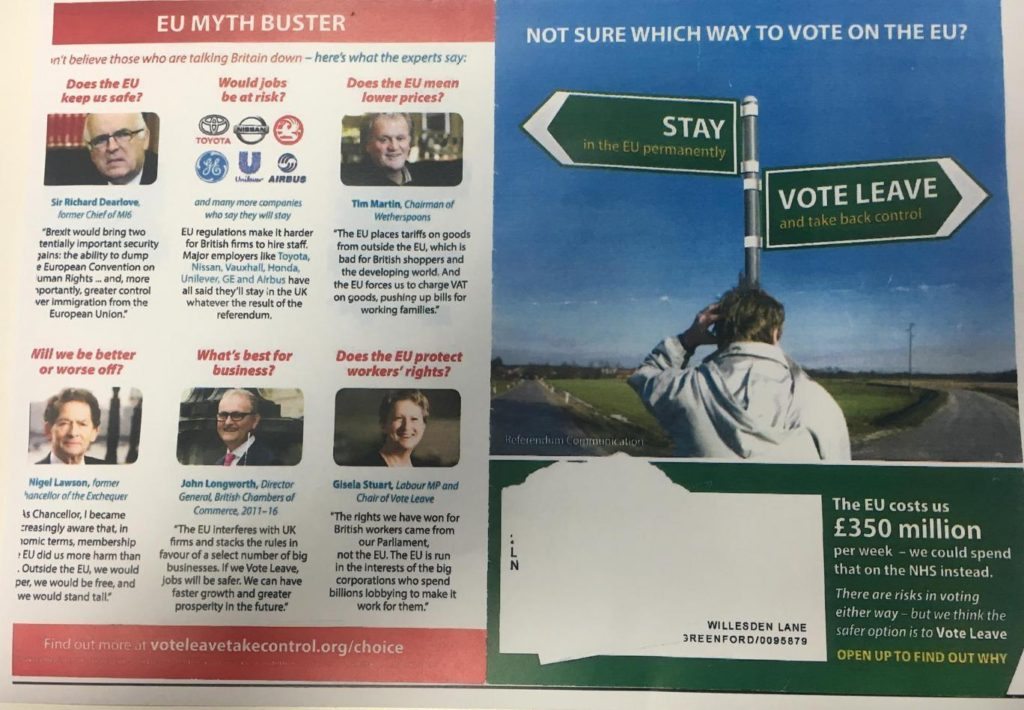 On Monday, Nissan announced that it would be issuing legal proceedings in UK’s High Court asking for an injunction to stop Vote Leave’s use of Nissan’s name and logo and to “prevent them making any further false statements and misrepresentations concerning Nissan.”

A spokesperson from Nissan said:

We were extremely disappointed to discover that the Vote Leave campaign had been using the Nissan name and logo in their literature and on their website without our permission. We immediately requested that they stop doing so… Permission to use our name and logo was not requested. If it was, it would not have been granted.

When asked which side of the debate the car manufacturer was supporting, the spokesperson continued:

To be clear, Nissan is not supporting any political campaign regarding this most serious of issues. This is a matter for the people of the UK to decide.

Whilst Nissan is pursuing a legal suit against the campaign, Heads of Unilever, Airbus and GE have all spoken out and accused the Leave campaign of using their names for ‘propaganda.’

This is not the first outcry against the Leave Campaign as they have been accused in the past for misleading the public, most notably with the claim that EU membership costs the UK £350m a week.

However, while the ‘Brexiteers’ have been blatant with their propaganda, both sides of the campaign have been accused of scaremongering voters with shock statistics and bold statements. This is something which a group of cross party MP’s openly admitted to in May, stating that both sides of the debate are making misleading claims.

Unfortunately, the EU campaign has been one of rhetoric – two sides battling it out to produce the most shocking statistics to frighten and confuse voters. Let’s make an informed decision on Thursday rather than one based on gut feelings.

Read more about the EU campaign: ‘Brexit might not actually happen, even if the public votes for it’