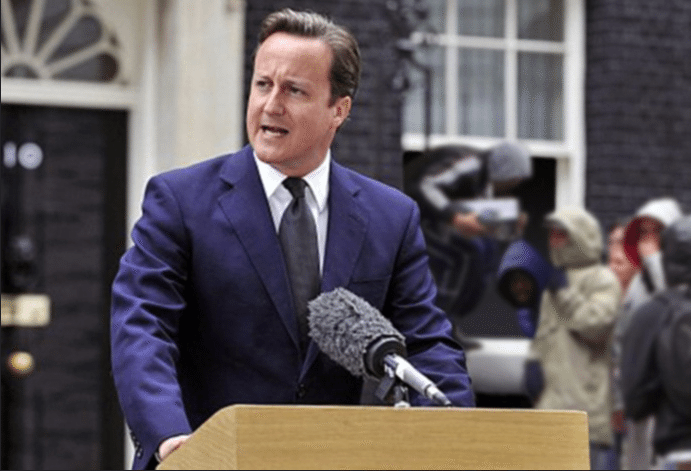 David Cameron and his supporters may be living in hope that a Remain vote will save the Prime Minister. But be in no doubt: however Britain votes in the EU Referendum, David Cameron is f*cked.

A quick look at the last six months of David Cameron’s Prime Ministership reveals a shocking litany of failures, U-turns and scandals which mean whatever the outcome of the EU vote, his enemies inside and outside the party smell blood. And they will show Mr Cameron the same mercy he has shown the poorest and most vulnerable people of Britain for the last six years. None.

First, there was the resignation of Mr Austerity, former Secretary of State for the Department of Work and Pensions, Iain Duncan Smith. Cameron and Osborne pushed so hard for wanton cuts to the welfare system, that one of the hardest hearts in the party jumped ship, saying in his resignation letter:

I am unable to watch passively whilst certain policies are enacted in order to meet the fiscal self imposed restraints that I believe are more and more perceived as distinctly political rather than in the national economic interest.

Then we had the Panama Papers scandal. As our reporter Carlyn Harvey reported at the time:

Much of the anger over Cameron’s involvement in the Panama Papers tax scandal has been due to his truth-dodging response.

Following the revelations that his father’s investment fund – Blairmore Holdings – used its offshore status to avoid paying UK tax, Cameron initially pleaded that such dealings were a “private matter”. Pushed further he then claimed that he, and his immediate family, did not benefit from the funds at present, nor would in the future. Finally, after days of procrastination, Cameron scheduled a late evening interview with a single broadcaster to admit he had previously profited from shares in his father’s company – which were worth around £30,000.

This sort of truth-evasion erodes the public’s faith in politicians, and it has no place in the behaviour of the country’s premier.

While Iceland kicked their Prime Minister into touch, and France lit up in protest – Britain was suddenly faced with the EU Referendum vote, and the story was eclipsed before Cameron could be toppled.

But tomorrow, especially if Cameron gets his Remain vote, the news cycle will very quickly turn back to affairs at home. This could spell disaster, surprisingly quickly, for the Prime Minister.

The most burning item in his in-tray will be the election expenses scandal. Below is a reminder from Channel 4 News of just how much is at stake for Cameron and the Conservatives right now. 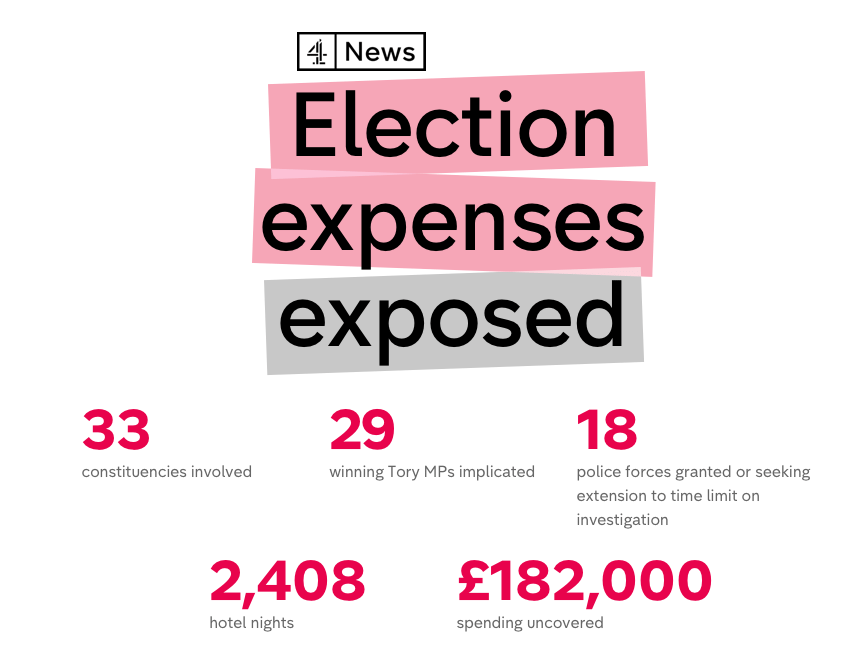 If these allegations turn out to be true, whether a new general election is called or criminal cases landed, the by-election process alone could topple Cameron and his party. The Conservatives only won a 12-seat majority in 2015.

More significantly, their majorities in those 12 constituencies are paper thin. To take their targeted seats in Wales as a prime example, the Conservatives ended up taking the Gower from Labour by just 27 votes. Their majority in Cardiff North is just 2,137. It’s hard to see how a Conservative party rocked by scandal would be able to procure the kind of popular support required to win again – without cheating of course.

Even if we put aside the scandals, the resignations, and the fact that half of his party will feel mutinous come tomorrow morning, let’s not forget the miserable state the nation is in after six years of David Cameron in Number 10.

In education, half of Britain’s teachers are looking for other jobs as morale hits its lowest ever ebb. At the same time, Cameron’s government is forcing all state schools to be privatised by stealth, by turning them into academies – limited companies outside the control of Local Education Authority control.

On tax – the largest corporations in the country are being granted sweetheart deals and often pay little to no taxes at all. Meanwhile, small businesses and contractors are being hammered by Osborne’s latest budgets.

The NHS is buckling under the PFI debt it was shackled to by first New Labour and then the Coalition/Conservative governments. The service has been de-nationalised, and parcels are being sold off to private companies like Serco, Circle and Virgin Healthcare.

And who has paid the biggest price for a financial crisis caused by an unscrupulous and unregulated financial services industry? Poor people. The very worst hit are poor women, and poor sick and disabled people.

Mr Cameron has made Britain a poorer, more divided nation. He has pitted poor people against each other by creating the language of strivers and scroungers, and by making everyone reliant on the welfare system subject to suspicion. He has turned our national conversation from one of a co-operation that makes us greater than the sum of our parts, into the kind of craven me, myself, and I short-termism that all but guarantees longer term disaster. As former Conservative cabinet member Michael Portillo put it so eloquently just weeks ago:

That majority that he secured last year is all for nothing. This government has nothing to do, nothing to say, and thinks nothing.

Mr Cameron’s leadership has no vision, and no values. We don’t have a government, we have a hedge fund – and they are asset-stripping as much of the state as they can before we boot them out. So, here’s an idea. Let’s place that kick as soon as possible. Our lives could, quite literally, depend on it.