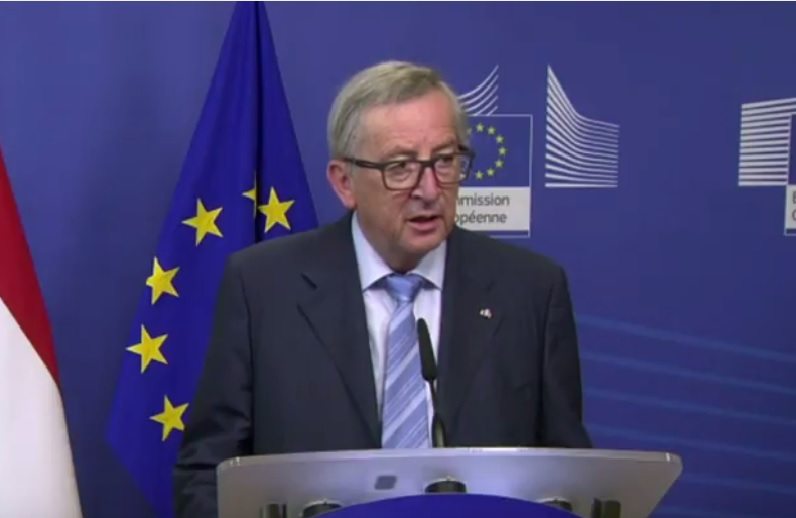 Jean-Claude Juncker, the President of the European Commission, has waded into the murky waters of the Brexit debate with a jarring statement. His comments have spread like wild fire across media platforms and been seized on by both the Remain and Leave camps as proof of their arguments validity. But, which of them is right? And what did this EU chief actually mean?

Juncker’s assertions are brief but precise. He vows that there can be no renegotiation of the deal reached in February regarding the UK’s ‘special status’ within Europe. The new arrangement includes restrictions on EU migrants claiming in-work benefits, safeguards against interference with the UK’s financial rules, and Britain’s exemption from being bound to an “ever closer union”.

Juncker’s firm refusal to go further than the commitments in the current deal was quickly seized on by those truth-telling titans Michael Gove and Boris Johnson. Gove exclaimed:

The Remain campaign has been claiming in recent days that if you vote to stay in the EU then there could be further reform. Jean-Claude Juncker has made very clear today that will not happen.

And he was supported by Johnson wailing:

This gives the game away. If we stay in there is no prospect of any further change. We have been told from the horse’s mouth that any hope of further change is absolute illusion.

One could be forgiven for thinking that the EU is now an impenetrable rock that will make no changes to its current ideas ever again based on these dramatic comments. Yes, Juncker has seemingly stated he will not renegotiate the UK’s relationship terms immediately following an In vote – which is unsurprising when you consider that we have one of the most unique arrangements already. But the EU, and its policies, are dependent on who’s making them at any given point. If the decision-makers change, so do the decisions.

This is true not only in relation to our potential for new arrangements with Europe, but for the massive reforms needed in Europe as a whole. The European Council is made up of heads of state, and whether that head of state is David Cameron or Jeremy Corbyn has a profound effect on what direction Europe takes. There is plenty of scope for reform, it just depends who is leading the way.

Juncker’s also promised that his refusal to negotiate will apply to “any kind of treaty negotiations”. This has been taken by the Remainers to mean that negotiations following a Brexit vote, on issues like trade, would be impossible. As David Cameron commented:

You can’t jump out the aeroplane and then clamber back through the cockpit hatch.

Juncker seemingly confirmed this potential stalemate when he concluded:

Whether EU officials will stand by this commitment remains to be seen. But the suggestion certainly lays waste to Gove’s arrogant, and ludicrous, assertions on the Andrew Marr show last month. Questioned about the potential cost of trading with Europe when no longer a member of the EU Gove said:

At the moment there are no tariffs between the United Kingdom and other countries in the European Union, why should we seek to impose those tariffs when we’re outside? If you don’t have tariffs then both sides can accept there is no need to erect them.

Marr made a valiant attempt to explain to Gove that the only reason we don’t currently have tariffs (fees) for trade is because we’re in the union, but it was to no avail. Gove’s delusion that we can have our cake and eat it was impenetrable. Now Juncker has completely destroyed that fallacy. Without the negotiations setting a new price for the cake, for which there would definitely be one, we may not be able to eat it at all.

There are certainly avenues to create a negotiated ‘distant’ relationship between the UK and EU following a Brexit vote, such as the arrangement Norway has with the union. But Juncker’s warning that this is would not be possible speaks to an important EU concern that has received very little attention in the referendum debate.

Norway, and Switzerland, were never full members of the EU. The arrangements, or ‘relationship’, they have negotiated is grounded in this fact. If the UK were to leave the EU and attempt to renegotiate a ‘relationship’ it would be a first. And as far as the EU goes, it would hope it is the last. The European project fails if its member states exit, and the union will likely do all it can to prevent this.

Allowing the UK to arrange a good deal with the EU following its exit is the ‘good example’ the union will want to avoid. It is very likely then that the UK will be used as a ‘bad example’ by Europe to show how terribly countries fare if they leave.

As Juncker has stated very clearly now, this ‘bad example’ could mean no negotiations at all. But even if that doesn’t pan out, we most certainly will not be given the good deal people like Gove are suggesting. This is a reality we should wake up to, regardless of what side of the Brexit debate we stand.

Make sure you get out and vote!

Support The Canary so we continue bringing you this news.