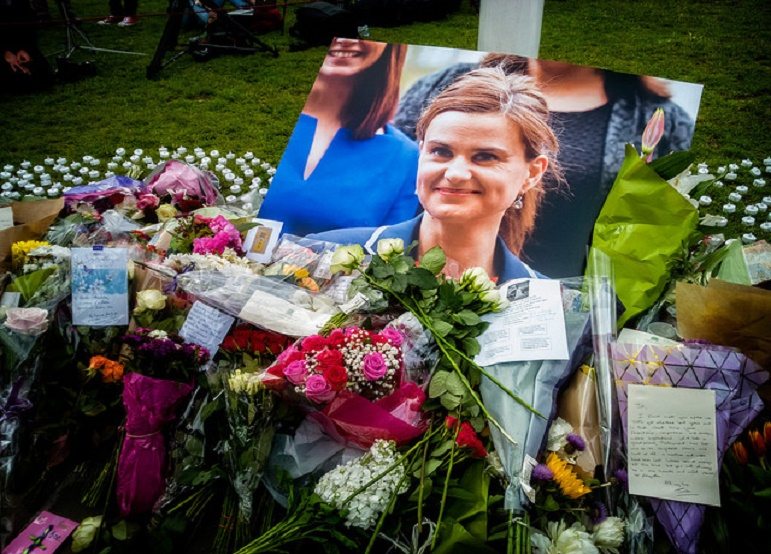 Jo Cox was tragically murdered for her inclusive and humane attitude towards refugees, yet her passionate campaign for Palestinian rights has been met with silence by the mainstream media. This in spite of the fact that one in three of the world’s refugees are Palestinian.

Her widower Brendan said his late wife would want people to stand up for her beliefs “in death as much as she did in life”.

The MP for Batley and Spen was involved with Labour Friends of Palestine and wrote about the rights of Palestinians on her website.

While the BBC has dedicated a whole article to Cox’s support for Syrians, it hasn’t penned one line to her battle for the rights of Palestinians. Within this article, the BBC backs up the views of a number of organisations fighting for justice for Syrian refugees.

Meanwhile, several core Palestinian solidarity organisations attended an Iftar dinner in the occupied Palestinian territory of Hebron, breaking the Ramadan fast in honour of Cox. These groups and attendees felt so much for the Labour MP’s campaign that they put aside one of the five pillars of Islam nearly two weeks early to celebrate her contribution and mourn her passing.

But there was no mention of this in the BBC’s article on tributes “taking place around the world”.

The BBC is consistently silent on Palestinian solidarity movements and Israeli atrocities. For example, the State of Israel cut off the water supply to the West Bank during this year’s Ramadan, but the BBC failed to report on it.

And in the very same occupied territory of Hebron where organisations recently broke their fast for Jo Cox, around two dozen Israeli gunmen invaded a hospital and gunned down a 28-year-old Palestinian man in November 2015. Breaking its usual silence, the BBC ran the factual headline “Israelis shoot dead Palestinian in Hebron hospital raid”. But later that day, the headline was replaced by one which omitted talk of murder: “Israelis in disguise raid Hebron hospital, seizing suspect”. 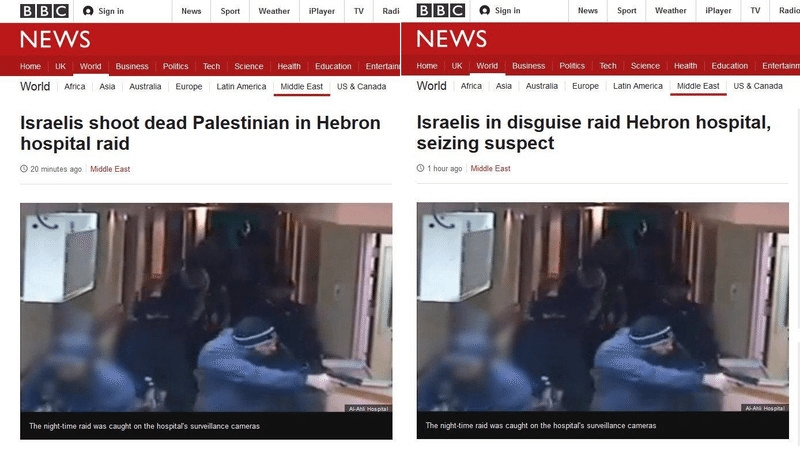 Media Lens spotted the change, and questioned whether the BBC had bowed to pressure from the Israeli lobby. And this question has legs. The Times of Israel has previously reported that the BBC has been threatened with sanctions and the removal of press cards unless it reports to the satisfaction of the Israeli lobby.

The BBC’s current Director of News and Current Affairs is James Harding, former editor of Rupert Murdoch’s The Times. He is avidly pro-Israel, saying in 2011:

I am pro-Israel. I believe in the State of Israel. I would have had a real problem if I had been coming to a paper [The Times] with a history of being anti-Israel. And, of course, Rupert Murdoch is pro-Israel.

So what is the problem with being ‘pro-Israel’? Here are some facts about the illegal occupation:

– They are also building illegal Jewish-only settlements in Palestinian territories.

– In 2014, over 2,300 Palestinians were killed by Israeli forces. 39 Israelis were killed during this period.

Cox wrote part of a 2015 report on Palestine, urging the removal of the State of Israel’s blockade of Gaza.

In January, Cox wrote about the “two tier justice system operating in the West Bank”, reporting on the disparity between how offending Israeli and Palestinian children are treated under the occupation.

And in February, she attacked the Conservative government’s plan to outlaw public bodies from boycotting Israeli companies, calling the move:

a gross attack on democratic freedoms.

It is our right to boycott unethical companies.

Whatever the ethnicity or nationality of the victims, Cox fought injustice wherever she saw it. We must seek inspiration from her and not forget the ongoing plight of the Palestinian people.

Check out the Palestinian Solidarity Campaign.

Check out Jewish Voice for Peace.