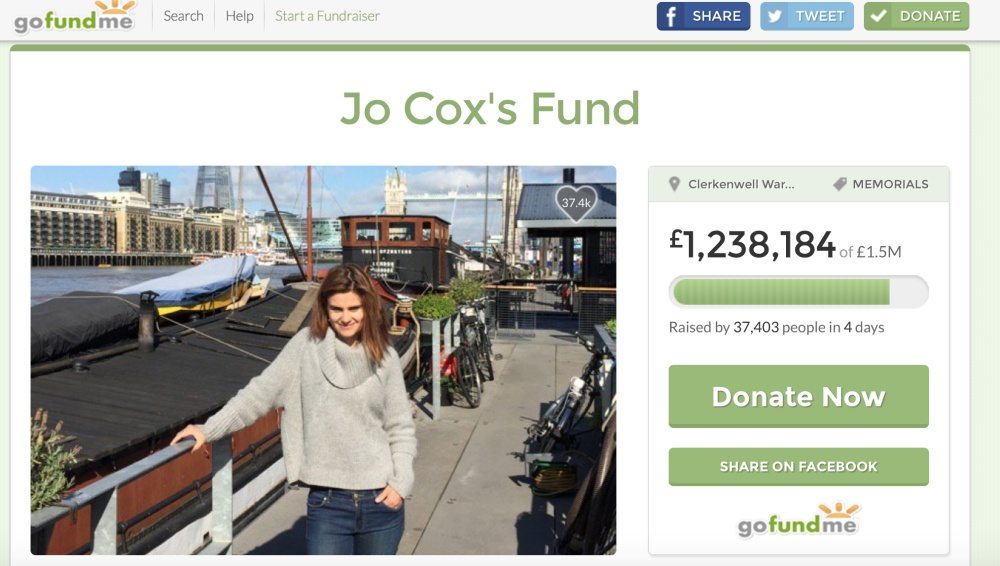 A Tory councillor has been suspended and is facing expulsion from the party after writing a vile comment on Facebook about murdered MP Jo Cox’s memorial fund.

Dominic Peacock, who is a councillor in East Riding, posted a link to the fund on Facebook with the comment “I have just donated the steam of my piss”.

Although following widespread criticism Peacock deleted the post and apologised, the Leave campaigner also commented that he was “sick and tired of this woman’s death being used against the Brexit cause”.

Speaking to The Independent, Peacock further tried to justify his comments by saying he was “tired and emotional”:

Clearly, I shouldn’t have put out a statement that was so sharp. I should have thought. I think the words are ‘tired and emotional’.

This is a ridiculous excuse. However “tired and emotional” a person might be, it takes very little brain power, compassion or empathy to realise that posting such a disgusting comment just hours after the House of Commons had paid moving tribute to the work and life of Jo Cox would be viewed with outraged disdain by all sides of the political spectrum.

The memorial fund for Jo Cox has now reached over £1.2 million in just four days, and there are now plans to establish a foundation to continue working for the causes she was passionate about. The fund website states:

Many people have asked us what happens next. In the spirit of Jo and on what would have been her 42nd birthday today, we want to lift our ambitions. We want to move ahead and establish a foundation to continue advancing the causes closest to Jo’s heart and to help give her a lasting legacy.

In comparison to Peacock, the words “tired and emotional” can’t even come close to what Brendan, Jo Cox’s widower, is feeling. He has displayed dignity and compassion in ensuring her work and legacy continue. Speaking calmly and clearly, he said:

She was a politician and she had very strong political views and I believe she was killed because of those views. I think she died because of them and she would want to stand up for those in death as much as she did in life.

The language of hate has dominated this referendum campaign and these disgusting words from Dominic Peacock are yet another example of how low they are prepared to stoop. There is no justification for this type of language.

It can only be hoped, that post the vote on Thursday, we can all move forward to a kinder, more compassionate world which leaves some of these ugly statements behind.