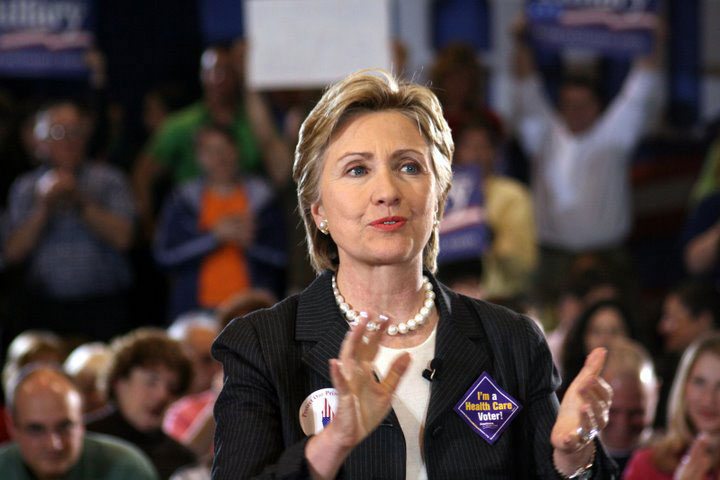 Hillary Clinton’s private email scandal, which revealed she used a private email address during her tenure as Secretary of State from 2009 to 2013, has been gaining momentum these past weeks. However, new evidence has come to light about the presidential hopeful which is even more damaging, as it suggests her presidential election campaign was fraudulent.

This new evidence is enough to satisfy an indictment of the former first lady, claims Julian Assange, founder of WikiLeaks.

With the news that Bernie Sanders is yet to concede the race and with Sanders’ campaign manager revealing that the senator is still an “active candidate for president,” is Sanders holding out, like the rest of the world, on the verdict?

Clinton’s private email domain was registered on January 13, 2009 and used instead of an official government address during her tenure as Secretary of State.

The fact Clinton was using a private address was revealed during an investigation into a security breach after the US diplomatic compound in Benghazi, Libya was attacked by Islamic militants in 2012.

While the US Code of federal regulations on handling electronic records states that it is legal for employees to use non-official emails accounts as long as federal records of all emails are kept, it was announced last August that Clinton’s use of a private email system was being investigated by the FBI to verify whether the security of the emails had been breached and any classified information revealed.

Since the FBI’s involvement, new evidence has come to light to suggest that Hillary Clinton could now face investigation for electoral fraud.

Documents from the Democratic National Committee (DNC), leaked by a hacker known as Guccifer 2.0, cast significant doubt on the legitimacy of primary results between the democratic nominees and suggest that the DNC was actively working to get Clinton elected from the very start of the campaign, whilst working to smear her rivals. The New York Post reports:

A document leaked by a hacker who took responsibility for the Democratic National Committee data breach appears to show the DNC coordinating with Hillary Clinton from the start of the presidential campaign.

This new evidence (picture below) suggests the DNC were influencing the election for Hillary Clinton to win before a single US citizen had voted. Their strategy included damaging other candidates’ credibility and finding ways to “muddy the waters” around any attacks on HRC (a common abbreviation used for Hillary Rodham Clinton.)

As yet, the DNC and Hillary Clinton are yet to comment on these recent allegations and little information is known about the hacker, Guccifer 2.0 or  exactly how he/she obtained this information. However, Julian Assange has been quick to confirm that this new evidence will allow his team to proceed with the indictment of Hillary Clinton.

However when asked whether he thought an indictment could be actually achieved, Assange revealed:

We could proceed to an indictment but Loretta Lynch is the head of the DOJ [Department of Justice] in the United States appointed by Obama […] Loretta Lynch is the person in charge of our case. She’s not going to indict Hillary Clinton. It is not possible that could happen.

With more evidence planned for release later this year, the news is bound to spread across the US and the rest of the world. Whilst Assange believes the DOJ won’t intervene, will a public outcry be enough to bring Clinton to justice?

Watch We are Change – Video on the Hillary Clinton fraud scandal