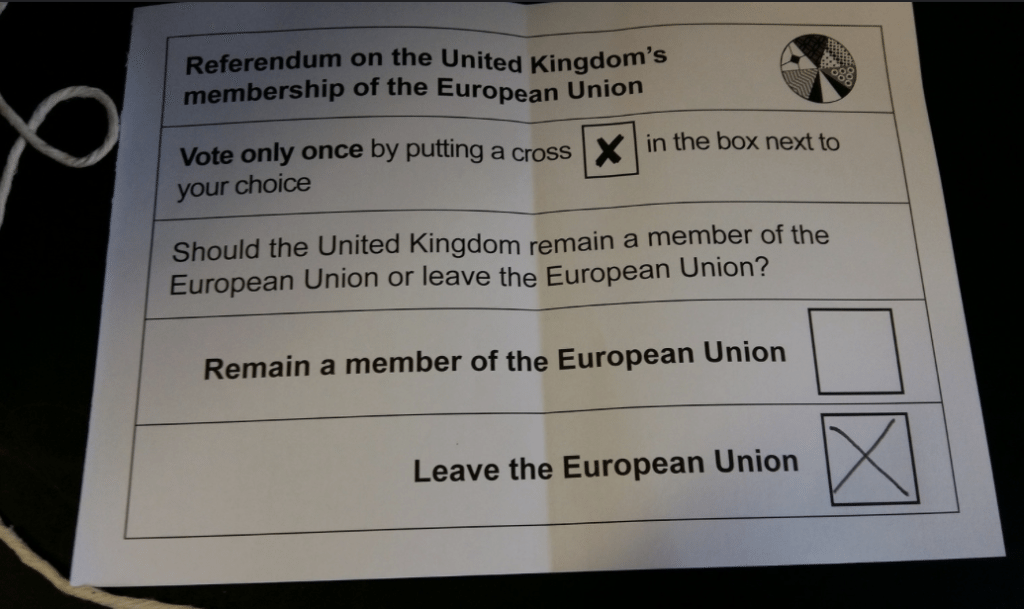 Britain woke up today with a hangover. The left, to a pointless mutiny by disconnected Blairbots. The right to the realization that the Leave campaigns promises on returning EU funding to the NHS and on reducing immigration were lies. But here are 5 urgent steps we can take to make sure Brexit happens in a way that benefits us all.

Former Channel 4 News journalist and author Paul Mason set out his five points for the UK – or what’s left of it – making a progressive exit from the European Union. 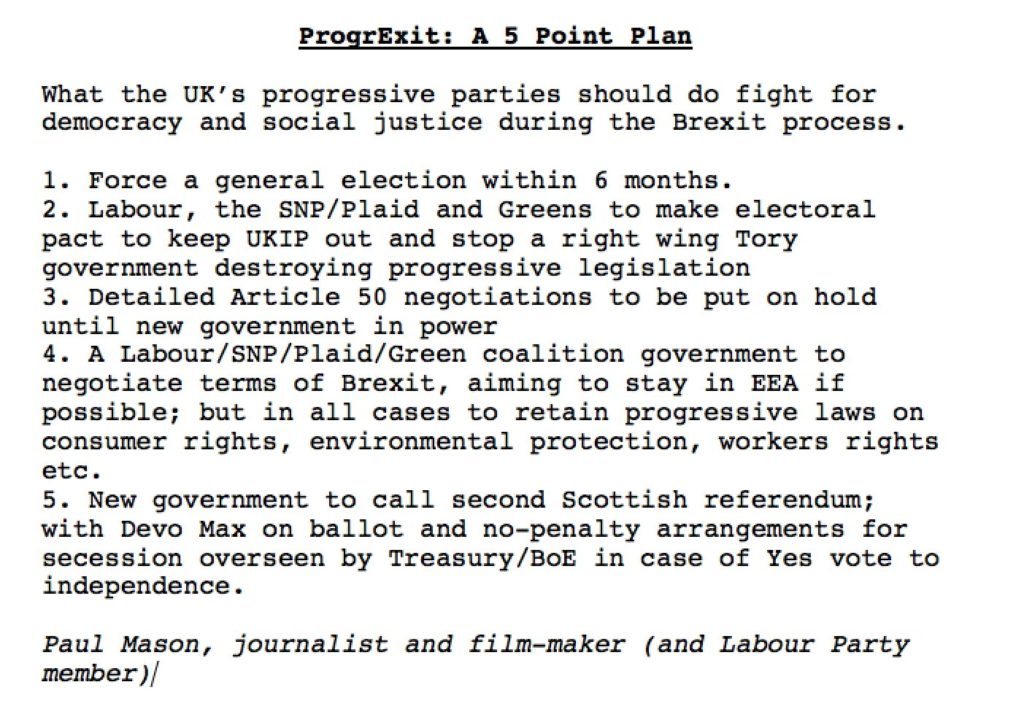 Expanding on his points in a piece for The Guardian, Mason writes:

In the progressive half of British politics we need a plan to put our stamp on the Brexit result – and fast.

We must prevent the Conservative right using the Brexit negotiations to reshape Britain into a rule-free space for corporations; we need to take control of the process whereby the rights of the citizen are redefined against those of a newly sovereign state.

Above all we need to provide certainty and solidarity to the millions of EU migrants who feel like the Brits threw them under a bus this week.

While leading Labour Blairites waste their time attempting to perform a coup against Jeremy Corbyn, they are missing the opportunity to unify and advance against the arguments of the British right-wing.

The rest of the progressive elements of British society cannot afford to make the same mistake. We need to come together and work to build Britain anew, as a place where anyone, anywhere in the land, feels valued, safe, and optimistic about the future for themselves and their families. A place where work, and the inability to work, are treated with respect. A place where we care for our elderly, and where we invest in our children and young people. Where education, health and shelter are the basic foundation blocks we invest in, not for a short term kick back in profit, but the long term prosperity of our nation.

We can make a progressive exit from the European Union, Whether we do or not, that depends on us.