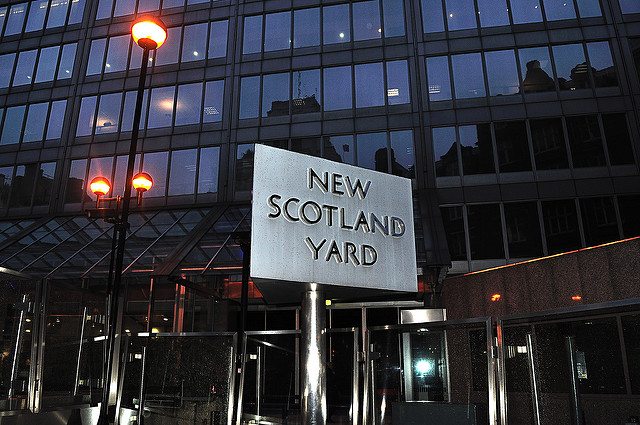 The College of Policing and the National Undercover Worker Group have released new guidance for public consulation on how undercover police operate.

The guidance has been released to alleviate criticism of the way these shadowy policing units work. According to Chief Constable, of the College of Policing, Alex Marshall:

By publishing the vast majority of the guidance, withholding only operational tactics which would no longer be viable if shared, we want the public to see the measures we have in place to ensure undercover policing is used in a way that is proportionate, lawful and ethical.

Unfortunately, there is very little in the guidance to show that undercover policing has become “proportionate, lawful and ethical”.

The headline news the police want us to take away from this new guidance is that “sex and drugs are now off limits to undercover officers”. It is great that the report says:

It is never acceptable for a UCO to form an intimate sexual relationship with those they are employed to infiltrate and target or may encounter during their deployment. This conduct will never be authorised, nor must it ever be used as a tactic of a deployment.

But it is immediately followed by a massive caveat:

If a UCO engages in unauthorised sexual activity for whatever reason (for example, they perceive an immediate threat to themselves and/or others if they do not do so) this activity will be restricted to the minimum conduct necessary to mitigate the threat.

Pretty much the same get out clause is given in relation to drug taking. And this is the problem. How an officer perceives an “immediate threat”.

It is far more likely that this excuse will be used as a “well it would have been obvious I was a cop if I didn’t have sex with someone”. This attitude was reflected in comments from a former undercover officer.

Everybody knew it was a very promiscuous lifestyle. You cannot not be promiscuous in those groups. Otherwise you’ll stand out straightaway.

This isn’t true – but it shows how both an undercover officer and their superiors could and probably will twist that “immediate threat” to suit their purposes.

Furthermore, the published guidance does not do anything to dispell many of the other problems and criticisms of undercover policing. Under the section about “Backstopping and legend building”, there is no reference to the highly controversial practice of stealing deceased children’s identities. This presumably means this is still a tactic the police intend to, or are willing to deploy.

And there are other issues. No reference is made to the type of intelligence or level of threat needed for a group to be infiltrated. This is especially relevant given the findings of Chief Constable Mick Creedon, who is currently investigating undercover policing operations:

Evidence of SDS managers clearly exaggerating the involvement of SDS officers and the value of their intelligence has been discovered and certainly for the first two decades of the unit there was an annual report to the commissioner [of the Metropolitan Police] and the Home Office to ensure continued funding.

Instead, there are pages and pages on the welfare of the officers and how they are trained. None of this will be any comfort to those of us who have been spied upon – and there is no mention of the impact on the mental health of their targets, just a few references to “collateral intrusion”.

Furthermore, the report also concentrates on the much criticised “neither confirm nor deny” stance they have taken on undercover policing and seems to be more focused on how to keep the identity of undercover officers a secret. Given this, there seems to be no way that the general public or the targets of these operations will ever be able to hold the officers to account even if they follow this new guidance.

There are no guarantees that anything in this guidance will make a substantive difference to the tactics being utilised or the types of groups the police are spying upon. Moreover, it seems to be yet another instance of attempting to white-wash this whole affair without actually changing or challenging any of their practices.

If you wish, you can join in the public consultation on this guidance.