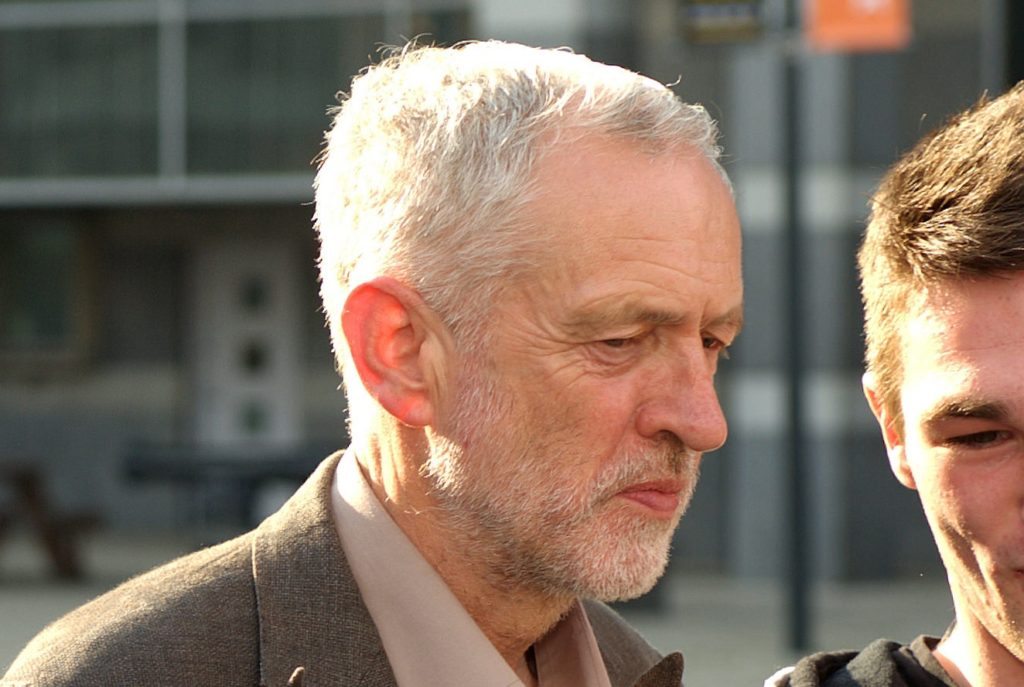 A plot hatched by Labour councillors to organise others nationwide to try and unseat Jeremy Corbyn has backfired – after numerous members came forward to say that they hadn’t signed the online letter.

Ed Davie, a councillor in Lambeth, started the petition in the wake of the no-confidence vote by the parliamentary Labour party on Tuesday. He tweeted:

The email was plastered in bold red with the message “Will you help save our movement by supporting the following public statement in your personal capacity as a councillor?”. It stated:

You may have seen numerous Labour council leaders calling on Jeremy Corbyn to step down and for a leadership election to take place for the good of our party and the country. As fellow Labour councillors, we stand united behind our colleagues and are asking you to join us.

As Labour councillors we support the recent call from colleagues for new leadership at the top of our party. Jeremy Corbyn is an honourable man with a record of public service stretching back more than four decades, not least in local government. We are drawn from a number of traditions within our movement, including those who voted for Jeremy last year. It has now become clear, however, that he is unable to command the confidence of the whole party nor of many traditional Labour supporters we speak with on the doorstep. Our country is facing a crisis – and the neighbourhoods we represent are on the front line. We urge Jeremy Corbyn to make way for the new leadership that our communities so desperately need.

To sign the letter, you merely clicked on this link:

So The Canary did so, and it then came up with this message: 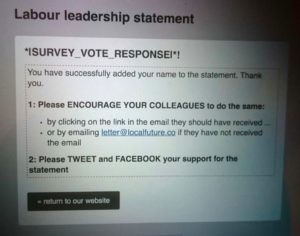 So presumably somewhere there is a Labour Councillor named “Steve Topple” who has voiced his concerns over Corbyn’s leadership. In fairness to the organiser of the letter, you can only sign it once, as when you try again, it comes up with this: 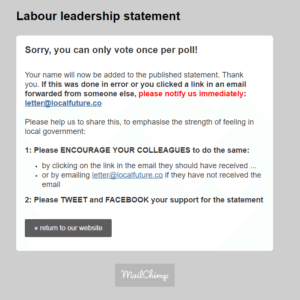 However, many councillors claimed not to have clicked on this link, or have appeared on the list when they had no intention of being there. 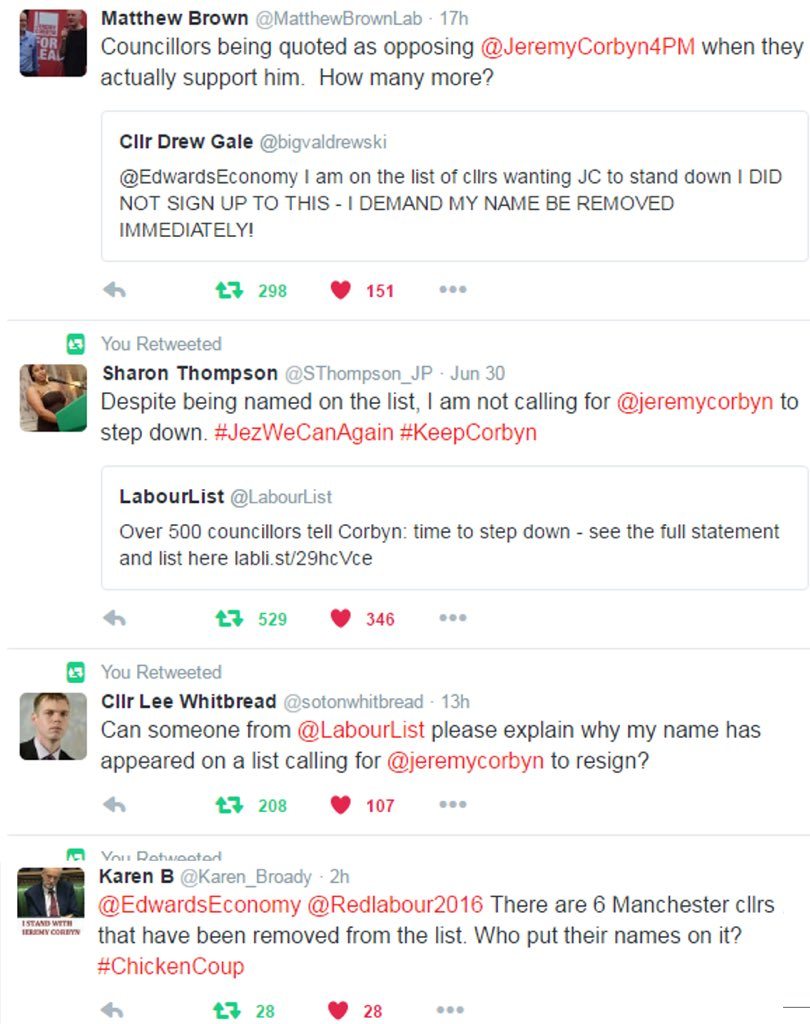 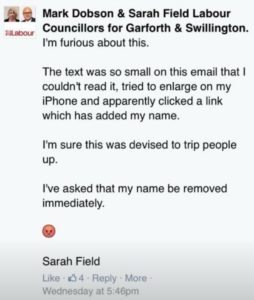 The reason for the apparent errors may well be because the domain host that is being used for this campaign is one that’s well-known for operating phishing or spam schemes.

“The Rocket Science Group” is based in Atlanta, Georgia and operates a service called “MailChimp” – which basically allows someone to anonymously send unsolicited emails to people who are all part of the same network. The website “localfuture.co” does not actually exist; when you sign up for spam operations of this nature you merely recieve a hosted email account.

Ed Davie, however, appeared to claim otherwise, telling Buzzfeed news that 620 councillors had now signed and that:

he had sent out a blanket email to all Labour councillors outlining the public statement calling for Corbyn’s resignation, with a button below for them to click if they wanted to sign it.

The Canary asked Councillor Davie for a copy of the list of the signatories (including, presumably, councillor Steve Topple), however he declined to comment.

What councillor Davie hopes to achieve from this spectacle is unclear. Because as Newsnight reported, out of the 50 chairs and secretaries of local Labour parties who endorsed Corbyn last year, 90 per cent said that they would continue to offer their support to Jeremy Corbyn.

Some CLP’s however, have not seemed quite so accommodating. There were ugly scenes in Streatham last night, as there were reports of members and union officials not being allowed to enter a meeting of the local party. The meeting was organised with the sole aim of tabling a vote of no confidence in Jeremy Corbyn, as this agenda handed to The Canary shows: 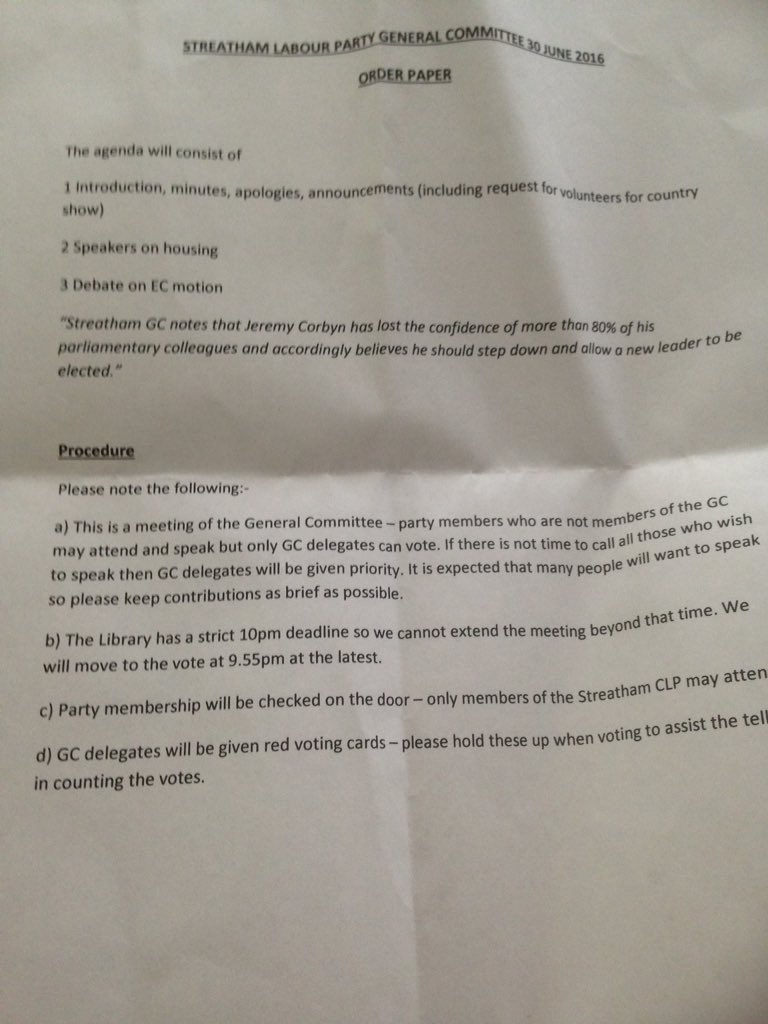 The motion against Corbyn was passed. One attendee described, in what was a heated debate, that:

it was  packed. There are now thanks to Corbyn 1,800 people in our CLP and the hall was packed – few hundred there. From the outset it felt like a strange meeting.
There were all these […] clones is the only way I can describe it […] young parliamentary types in nasty blue suit jackets […] god knows what they were there for.

The party member went onto say that Chuka Umunna was there:

when Chukka started, I’d never seen anything like it. Normally slick, he went into one. A rant is the only way I can describe it. A rant about how incompetent Jeremy is. How utterly useless he is.

The Canary has obtained exclusive footage of Umunna’s “rant”. Make up your own minds.

It would appear that the concerted campaign to unseat Jeremy Corbyn has now moved on from the parliamentary Labour party to a local level, with more and more desperate measures being applied to try and topple the leader.

Whatever they throw at Corbyn, however, it doesn’t seem to work – as his support in member polls remains strong. Angela Eagle, meanwhile, appears to have stepped back from a leadership bid, while the petition in support of Corbyn has passed the 250,000 mark.

At the moment, Corbyn isn’t down – and he certainly isn’t out.

The original article implied that the letter mentioned in the LabourList piece was the same one circulated by Ed Davie. It was brought to The Canary’s attention that this was not the case. Therefore, the article has been amended accordingly to reflect that.