The next prime minister will be vile, but her gender is irrelevant - Canary 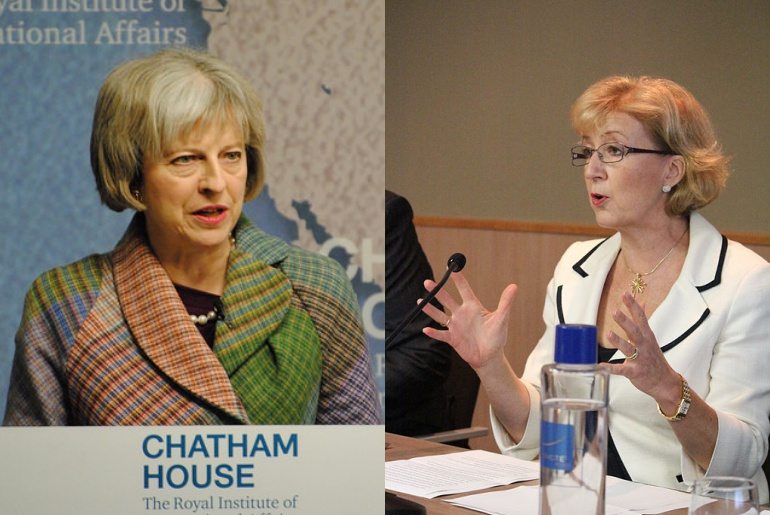 It is now known for certain that the next prime minister will be a woman, and it will now be for the conservative party to decide between MP’s favourite, Theresa May, or Brexit champion, Andrea Leadsom.

However, rather than focusing on their policies and political views, too often the debates and commentary veer towards sexism. This was exemplified by former chancellor Kenneth Clarke, who was caught off-camera on Sky News calling May a “bloody difficult woman”.

I'm proud to be a #bloodydifficultwoman from a long line of matriarchs. I was taught well.

I am proud and fortunate that my mum was a #BloodyDifficultWoman or else I wouldn't have survived the Great Depression.

If you're not a #BloodyDifficultWoman you're doing it wrong

Others were also critical of the way the term had been used:

In my experience, when men describe you as a #bloodydifficultwoman, they mean you are more intelligent than they are.

Essentially, this sums up everything that’s wrong with framing the debate in such a way. While many of us, of all genders, can revel in being “bloody difficult”, May’s gender and gender assumptions should have no role in assessing her ability to become prime minister.

Unfortunately, the mainstream media doesn’t appear to agree. Headlines have focused on May’s “kitten heels”, as if in some way her political opinions are intrinsically linked to her footwear. And, even when terms are acknowledged as being sexist, they are still used to exemplify May’s politics:

Around Westminster, the Home Secretary Theresa May is described as a “tough cookie”. Yes, it’s a sexist term (can you imagine Liam Fox being described in the same way?) but it does get to the heart of something specific about the front-runner in the race to become the next Conservative leader.

The Telegraph, meanwhile, ran a piece asking “who is the woman bidding to be the next Prime Minister?”, with the second question about her being, “Who is Theresa May’s husband?”. The article further refers to May’s appearance under a “Key moments” section, with the second entry reading:

2002: Becomes the first female chair of the Conservatives and says it is seen as the “nasty party” – while wearing a pair of now-famous leopard print kitten heels.

Leadsom has also not escaped the sexism of the media. This article from the Sunday Telegraph about her bid to be Prime Minister begins with her love of cooking:

I always retreat to cooking the Sunday roast.

The message is clear – she may be a hardened business person, but at heart, she is a good woman who enjoys cooking for her family.

However, one of the most offensive articles about both candidates, is from GQ entitled “Which ‘mummy’ will the conservatives choose?”. The article finishes with the line:

Will the Tories’ inherent masochism win out, or will they pick the enchanted fairytale mummy who will whisk them off to the fantasy land where Brexit is a good idea?

There are many other examples which show just how far we are from eradicating sexism from both our everyday language and our political spheres. And these need challenging and critiquing every time they appear.

But within this, there lies a danger of defending politicians such as May and Leadsom, who are vile people. May’s views on immigration are truly worrying and have been on full display during her time in the Home Office, where her policies have meant non-EU migrants need to earn at least £35k a year or risk being deported. She has also been accused of splitting up families after introducing rules that people have to have a minimum income of £18,600 in order to bring a foreign spouse back to the UK.

Furthermore, May has been an authoritarian Home Secretary, who has championed greater surveillance powers which have led to the UK being described as a “surveillance state”. She has also been pushing the much-criticised and draconian “extremism bill”, based on a definition of extremism she is unable to define.

Meanwhile, Leadsom is no better. She is anti gay marriage, pro fox hunting, and is in the pockets of the oil companies. Furthermore, she wants to push the big red Brexit button as quickly as possible and believes in scrapping the minimum wage and maternity rights for small companies.

In short, there are so many elements of both of their political beliefs and agendas which we should be critiquing and challenging. But resorting to using their gender, footwear, and sexist terms just weakens these criticisms, and should have no place in the 21st century.