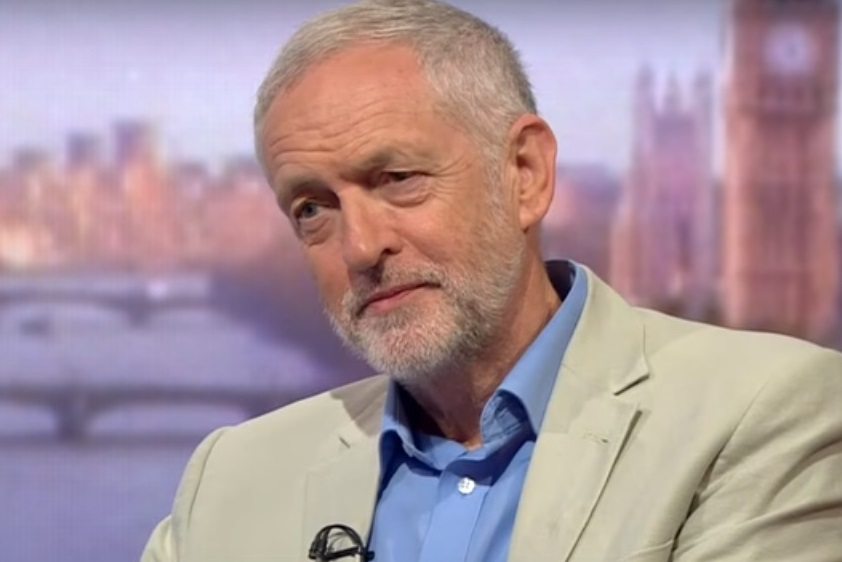 Jeremy Corbyn took to TV on 10 July to set the BBC straight on the leadership contest which he’s likely to face in the coming days. And in his first comprehensive interview since Labour MPs to his right launched a coup at the end of June, he was clearly on form.

On 9 July, Labour’s deputy leader Tom Watson backed out of union-brokered talks aimed at unifying the party. The leader of Britain’s biggest trade union, Len McCluskey, called this a “deeply disingenuous manoeuvre” and an “act of sabotage” at a point when a resolution to the Labour party’s parliamentary crisis had “never been closer”.

Angela Eagle is now poised to run against Corbyn for the post of Labour leader.

Speaking about this leadership challenge on the BBC’s Andrew Marr Show on 10 July, Corbyn remained calm and collected. But he was pushed to clarify the current procedures within the Labour party when Marr made an assumption that appeared to favour anti-Corbyn MPs – or at the very least echo their own rhetoric. The presenter asked:

Are you confident you can get the 51 nominations you need to be on the ballot for the next leadership [election]?

Corbyn has consistently asserted that he will be on the ballot if a leadership contest takes place, but Marr clearly hadn’t been taking much notice. The Labour leader seemed prepared for such misleading questions, though, and politely corrected the presenter:

Marr sought to defend himself, insisting:

But the legal advice that’s been taken by the party says that you do need those nominations, as Neil Kinnock had to get them when he was challenged

Neil should remind himself – that was in 1988, when the election of a leader was done by an electoral college system that has long since been abolished. We now have a ‘one member one vote’ system. The rules, in my view, are absolutely clear. And indeed, I’m not sure what this legal advice is you’re referring to. I have not been shown any legal advice to that effect.

The Labour leader also had a strong message for his parliamentary detractors to mull over:

The party is a coalition of affiliated unions, socialist societies, individual members, registered supporters, and members of parliament. They have to come together.

I have reached out in a way that no other leader ever has in the breadth of the political views of people I’ve brought round the shadow cabinet table. I’m not the one who’s been trying to box myself into a corner.

…It’s a democratic party, not a dictatorship. I was elected by a very large majority of members and supporters… I would respectfully suggest that a little bit of movement to help us develop policies and campaign against this government ought to be our priority at the moment.

In short, Corbyn’s not going anywhere. And while he’d prefer for Labour MPs to focus their efforts on opposing the Conservative government at this turbulent time for British politics, he’s clearly ready for a leadership contest if his parliamentary opponents demand one.

Former Channel 4 Economics Editor Paul Mason recently said, “the future, not just of the Labour party but of the country, will be decided on who runs Labour”.

Corbyn’s supporters at Momentum have also called on people to: