This embarrassing video is cracking everyone up, except the Labour coup and Angela Eagle - Canary 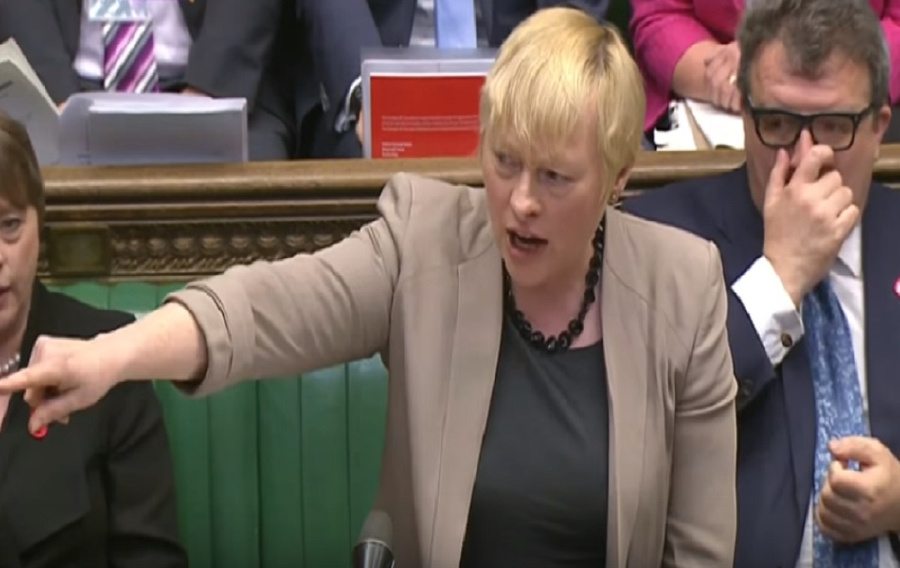 Well, this is unfortunate timing. Just as the Labour coup’s Angela Eagle MP launches her leadership bid, an embarrassing video has surfaced of her speaking in parliament just over a month ago:

Filling in for Jeremy Corbyn at Prime Minister’s Questions (PMQs), the MP for Wallasey said:

Eagle is speaking of the Conservatives using the EU referendum to joust for the leadership of their party.

But ironically, that is exactly what the Labour coup has now done. Corbyn won the referendum vote among two-thirds of Labour supporters. It was David Cameron’s charge – the older, Conservative demographic – that voted to Leave, by 60:40. This did not, however, stop the plotters trying to pin the blame on Corbyn in order to gain control of the Labour party.

While Boris Johnson used the EU referendum campaign as a leadership bid, Eagle exploited the result for the same ends. Top Tory Anna Soubry exposed Johnson after the referendum:

My anger with Boris is that I don’t honestly believe that he believed what he was saying to people. And do you know what I think? I think he didn’t think that they would win.

Johnson positioned himself as a Leave supporter in order to win favour with party members and MPs. Meanwhile, Eagle and her fellow plotters used the Brexit vote to launch a coup on their democratically elected leader.

Whatever your views on the EU, Brexit has thrust the nation into turbulent times. Hate crimes have surged 42%. The resulting Conservative leadership race has now seen Andrea Leadsom quit, meaning Theresa May looks set to be our next prime minister.

May seeks to position herself on the next step of anti-immigration sentiment. Earlier this year, she set the minimum income of for migrants settling in the UK at a whopping £35,000. To give just one example of how this ludicrous economic apartheid is wreaking havoc, foreign born teachers are facing deportation during a recruitment crisis.

The Labour party has been unable to get the electorate up to speed on the agenda of this dangerous and divisive individual, because of Eagle and the rest of the coup.

Overall, the EU referendum fallout is an Eton mess that nobody ordered. But instead of serving up a solution in the ‘national interest’, Eagle and her ilk saw it as a political opportunity to further their own ‘narrow self-interest’.