The Labour leadership war: the smearing of Corbyn supporters is a disgraceful game - The Canary 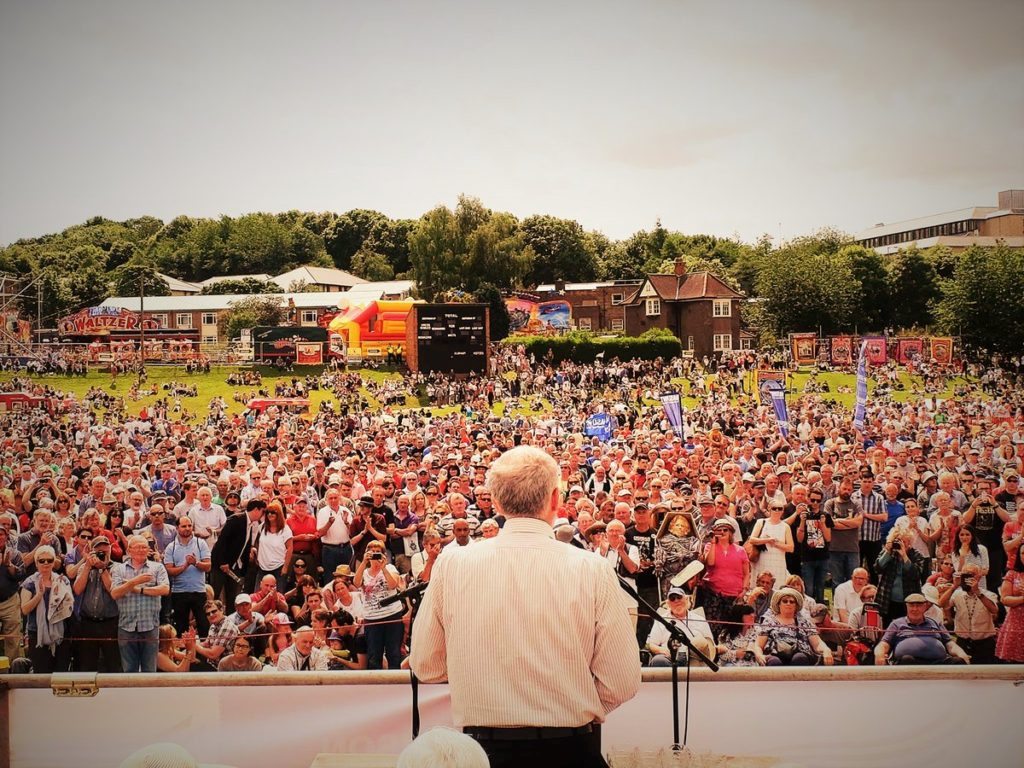 The Labour leadership election is officially “on”, after Angela Eagle formally declared her intention to run on Monday afternoon. But this is now more than just a battle for who is the front person of the Labour party. This is now a war for the control of the party itself. A war that Jeremy Corbyn and his supporters must win.

Ever since Hilary Benn was sacked by Jeremy Corbyn in the early hours of Sunday 26 June, followed by the resignations of the majority of the shadow cabinet, running battles have ensued between those loyal to Corbyn and seemingly the rest of the party.

Corbyn faced a no-confidence motion on 28 June, which was carried by 172-40 Labour MPs. Current and former Labour MPs and party apparatchiks have derided him on broadcast and in print media, openly calling for him to stand down.

There have been repeated, Groundhog Day-esque suggestions from Eagle that she will challenge Corbyn in a leadership contest, with Owen Smith also putting his name forward. Tom Watson, internally known as “The Fixer”, has held fruitless talks between the trade unions and the parliamentary Labour party (PLP) to try and garner a resolution.

But Corbyn has remained steadfast and resolute in his unflappable assertion that he has an overwhelming mandate and a responsibility, and is not going anywhere.

So this is where Labour is at.

However, this is not a sudden event. It has been more than 30 years in the making; fomenting under the guise of a “broad church” that seemingly sustained the party successfully through the Blair years. But it’s a church whose gables are now tumbling down – and the reasons for this collapse are multifaceted.

The ordinary versus the elite

You can trace events similar to the one which is presenting itself now back to at least 1975.

As Hilary Wainwright wrote in her 1987 book “Labour: a tale of two parties”, the rifts between the will of the centrist core of the PLP and the desires of the social democratic/socialist elements at the fringes of Westminster and a sizable chunk at a grassroots level have often come to a head.

Wainwright describes how the committee in charge of the constituency Labour party (CLP) in Newham North East tried to deselect its sitting MP, Cabinet Minister Reg Prentice. They played it by the rulebook, apparently, but “all hell broke loose” in the PLP, with the then Leader Harold Wilson accusing the CLP of “betraying the principles of tolerance and free speech for which our movement has always sought”.

overnight those who wanted Prentice to go were described as ‘extremists’, ‘bed-sit revolutionaries’, ‘members of the Trotskyist Militant’, ‘unrepresentative of the Labour voter’ and ‘enemies of democracy’. These descriptions, with the term ‘hard left’ added as a useful catch all, have stuck for any group in the Labour party which challenges established (especially parliamentary) power.

Prentice was eventually deselected, and went on to defect to the Conservatives, serving under Margaret Thatcher in her cabinet.

Ring any bells? It should do, because those labelled “Trots” were certainly not that, in any sense of the word. They included a man who described himself as “just left-of-centre”, two retirees who had been active in the CLP for decades and others who were teachers and social workers.

Only four out of the 29-strong CLP committee bloc against Prentice could be described fairly as “Trots” or “hard left” – and these were members of the Young Socialists who supported the now-infamous “Militant” faction.

This same political “othering” has been used against Corbyn supporters by both the PLP and its cohorts in the media. By making out someone’s followers are somehow on the fringes, that they are “extremists” and unrepresentative of the wider Labour movement, their arguments can be nullified as those of people who don’t live in “our” world. They are dangerous, unelectable and not to be trusted. They are “othered”.

But branding Corbyn’s supporters as “hard left” is possibly one of the most devious displays of political trickery that has been witnessed since his leadership victory.

Corbyn himself, in terms of his outward ideological stance, is barely a socialist. If he was calling for the overthrow of corporatist capitalism, to be replaced with, say, anarcho-syndicalism, then fair enough – he’d be a bit bloody extreme.

But he’s not. The policies he’s proposing – cooperative ownership of industry, heavier regulation of the financial services industry (FSI), a fully-nationalised NHS – are, at best, the polite machinations of a bog standard social democrat. Instead, these ideals are being (misre)presented as wild and dangerous.

This intentional muddying of the waters surrounding political ideology has long been a tactic to smear those who the PLP perceive as a threat to “the norm”.

But the reality is very different – as events in 1975 showed, and as the current leadership battle displays too. You only have to browse the thread of the hashtag #TrotsRabbleDogs that trended on Twitter last Friday to see this.

People from all walks of life – mums, dads, children; teachers, doctors, firefighters; and students, the retired, the unemployed and the disabled – all uniting under Corbyn personally, and the hunger for social democracy in Britain more generally. The “ordinary” versus “the elite”.

As for those “hard-left” “extremists” that are filling the pages and Twitter feeds of the establishment media. They do exist. But mostly just in the heads of that pundit class which is not so much afraid of Corbyn losing, as of him winning.

This is the first installment of a three part series. Part two will be out on Tuesday.