Just when you thought things in Britain could get no worse, this happens (VIDEO) - The Canary 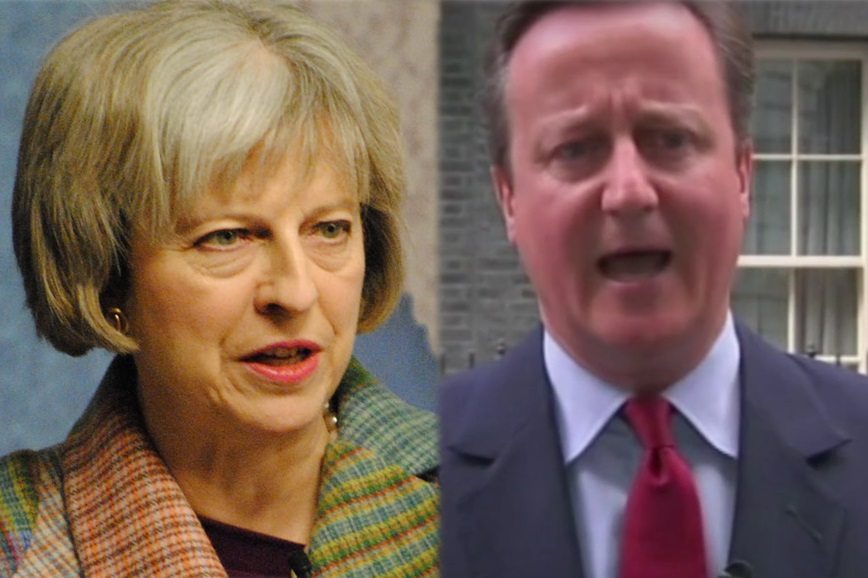 In the afternoon of 11 July, David Cameron revealed that Theresa May would become prime minister much sooner than was previously expected.

Cameron said he would visit the Queen after Prime Minister’s Questions on 13 July to tender his resignation. May would then become prime minister on Wednesday evening.

Speaking in Birmingham earlier in the day, May promised:

This is a different kind of Conservatism

And she very much echoed what Conservatives have told the country time and time again in the past, saying her government would need to:

deliver serious social reform – and make ours a country that truly works for everyone.

It also seems very much like May has staked her career on hiding her past failures behind anti-immigrant propaganda. At the Home Office, she failed miserably to meet the government’s target of pushing net migration down to tens of thousands of people a year. While EU migration may have been outside her control, non-EU migration was. And it was not brought down as promised – even though it makes up around half of all immigration statistics. This record may have played a part in the next prime minister avoiding guarantees that EU nationals currently in the UK can stay in the country after Brexit.

In addition to her failed immigration policies, and in spite of media outlets whitewashing her record, May’s policy positions are clear. She has overseen measures which mean non-EU migrants need to earn at least £35k a year or risk being deported. She has also been accused of splitting up families with rules saying citizens need a minimum income of £18,600 in order to bring a foreign spouse back to the UK. And British universities are continuing to suffer from May’s assault on overseas students.

In other words, there are very few reasons to celebrate Theresa May’s rapid rise to power.

Learn more about Theresa May here.