As Theresa May becomes the new PM, we need to share the sh*t out of this (VIDEO) - Canary 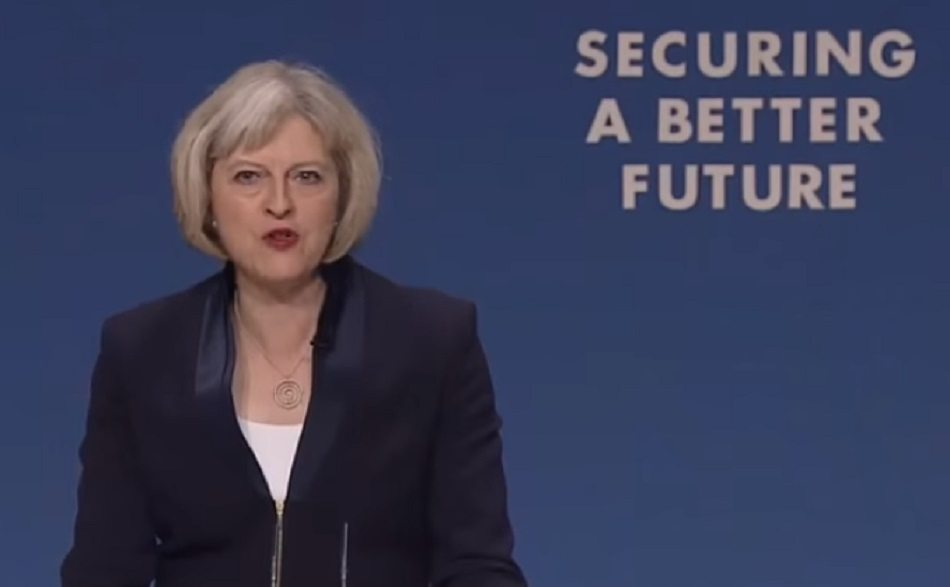 As Theresa May was declared the new Prime Minister of the UK on Monday, to be followed by what many are calling her “coronation” on Wednesday, the country is now casting a microscope over her career.

Seen by some as one of the more “traditional” Conservatives, she has at times appeared a fairly contradictory character.

While her voting record shows support for gay marriage, it also shows that she voted against adoption rights for same sex couples and for reducing the age of consent.

May did vote for the Iraq war of 2003. But then, also, voted for the inquiry into something she supported in the first place. She voted for workplace pensions, but then against people being automatically enrolled in them.

Confused? Ms. May arguably appeared to quite often be.

However, there are two areas in which she has always been consistent. She has always voted for reducing welfare in any way possible – from the bedroom tax, to the benefit cap, via raising benefits in line with inflation. Her hypocrisy appears to know no bounds when it comes to this area of society – even as she cynically professed to wanting to reduce inequality in her speech in Birmingham on Monday.

But what she is probably most well known for is the infamous IP Bill. Or as it is more commonly known, the “Snoopers Charter”.

[the bill] is designed to secure immense surveillance powers for the UK’s security services, and other public bodies. The proposals include allowing bulk interception of communications, bulk collection of communications data – meaning ‘metadata’ which is essentially the data about data – and bulk equipment interference – aka hacking.

Passed on the 7 June, the Snoopers Charter has been widely criticised as being an ineffective tool for combating what it claims it wants to – i.e. terrorist activities. As Bella Sankey, Director of Policy for Liberty, explains:

So, now Ms May is Prime Minister, what further “counter-terrorism” measures can we expect? Telling the appropriate authorities if we happen to do our weekly food shop on a Saturday, not a Sunday? Informing the police if we’re ever out after 11pm? Reporting our bowel movements to MI5?

Who knows. But, as the superb Cassetteboy mashed up earlier this year, one thing’s for certain.

Theresa May will be watching you.