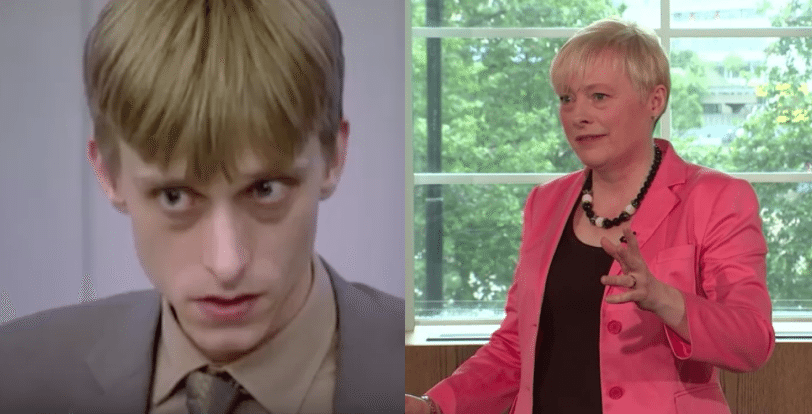 The calamitous leadership bid of Labour MP Angela Eagle has descended into farce so absolutely, that we’re beginning to feel a little bit sorry for her. But not enough to prevent us appreciating this brilliant clip.

Red Labour posted the video this week, after the media launch of Eagle’s campaign went about as far wrong as such an event can. While Eagle was delivering her speech, media representatives fled the room to cover Conservative MP Andrea Leadsom pulling out of the leadership race for her party. This meant that by the time Eagle finished speaking and moved to take questions from the press, there wasn’t much left but a room full of empty chairs.

The Labour leadership contender was left calling out for members of the media who had already abandoned her press conference. It gave the appearance of a teacher who’d lost control of the class before the register had even been taken, and had been left to call out names to empty seats.

Following this, Eagle flopped on the Andrew Marr show, was unable to give a single policy idea when interviewed by Andrew Neil, and her Facebook campaign was overrun by people begging her to drop the whole silly idea.

Meanwhile, support for Corbyn continues to grow. A jaw dropping 100,000 members have joined since Brexit and the subsequent coordinated Labour coup against Corbyn. There have been massive rallies up and down the country, and a 265,000-strong petition stating confidence in the Labour leader. Momentum, the grassroots campaign group for Corbyn, has reported its membership has doubled to over 12,000 since the coup began, coupled with record-breaking daily donations of £11,000. Over 240 Labour councillors have signed a letter maintaining their support for Corbyn. In a further indication of his robust local support, a Newsnight survey of 50 Constituency Labour Party (CLP) chairs found that 90% of them still back Corbyn. The leaders of the 12 strongest unions in the United Kingdom also wrote a letter of support following the attempted coup.

Speaking at the Durham Miners’ Gala at the weekend, a relaxed Corbyn summed up the mood of those outside the cloistered world of Labour MPs. Asked if he felt under pressure, he replied:

“There is no pressure on me, none whatsoever.

While the Labour coup continues to unravel, it looks like they’re going to succeed in only one thing: leaving Jeremy Corbyn in a stronger position than he was before they began.