British military banned from speaking out on Chilcot report - to boost 'morale', or save Blair? - Canary 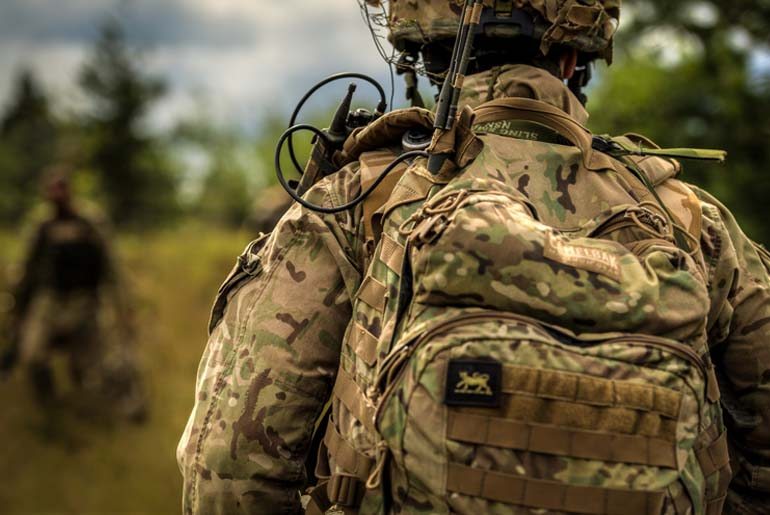 Defence sources have revealed that military leaders are banned from disclosing their opinions on Sir John Chilcot’s Iraq inquiry, both to members of the press as well as military personnel under their command.

After the damning critique of the Iraq war, which concluded that the military had been left “humiliated” after ending the conflict “a very long way from success,” the gagging order was enforced by the government supposedly as an attempt to reduce damage to ‘army morale.’

While completely banned from giving interviews, the government provided “agreed top lines” for chiefs to repeat to those under their charge.

Defence sources acknowledged “real worries” about the impact on morale in the Armed Forces. But one source also suggested that the muzzling of military leaders had created a “leadership vacuum”.

The government’s manipulation of the news agenda is well known (see our report on how the government manipulated the media to promote propaganda in support of the Iraq war). In addition and according to a government spokeswoman, it is standard practice for responses to such reports to be co-ordinated ‘across government’.

The resultant ‘leadership vacuum’ may imply an underlying strain in the relationship between the government and military.

Growing tension between government and military?

Several recent findings suggest the gagging order is part of a bigger issue between the military and the government.

With news that the families of 29 soldiers killed in Iraq have vowed to sue Tony Blair for “every penny,” this gagging order may well be another attempt to control the post-Chilcot conversation and restrict military personnel from confirming damning details that could be used against Blair.

Some members of the military have been dissatisfied with Blair’s actions after the report. His continuous defences of himself while leaving the military open to criticism, has led some personnel to express their contempt for the former PM.

The Chilcot report found that the government’s military planning had been woefully inadequate, and that troops were under-equipped and overstretched. Blair’s wholly self-serving response was to say:

I don’t recall a single occasion that we were asked for more resources, more equipment, that we didn’t say yes.

But some members of the military have called him out, with one bomb disposal expert saying:

To put Tony Blair ’s contemptible claim into context, we were fighting the most technically advanced insurgency in history with arguably the most antiquated defence procurement system in the world, at that time.

Evidence of growing distrust between the government and military is further confirmed by the fact that increasing numbers of personnel have bought insurance to protect themselves against legal suits in the UK courts for negligent acts and omissions made in the course of military duty.

While these disturbing policies highlight the possibility that potential war crimes may go unpunished, it is important to acknowledge that ‘norms’ in military combat are very different to those in civilian life – and that ultimate responsibility is with those who made the decisions to launch the war in the first place.

That insurance policies among military personnel are becoming more common, implies their lack of trust in the government and any subsequent support offered to them. This was recently admitted by Lord Boyce, former Chief of the Defence Staff, who noted a growing concern within the British armed forces about “crown immunity – or the lack of it – in warfare situations.”

This gagging order could thus be a final ditch effort by the government to exert their control over the military: depriving the space to defend themselves and testify against Blair, wearing them down into submission.

Concerned about self-preservation as ever, Blair is wiping his hands clean, and the Tory government is helping him get away with it – leaving the military to clear up the mess, which surely does nothing to stem the growing distrust between the armed forces and the government.

Meanwhile, government will continue to play the military card to score political victories: soon to be Prime Minister, Theresa May, is backing plans for a bigger and better Trident, yet has shown no inclination she cares about the shocking way Blair is selling British military personnel down the river.

Join the campaign against Trident – ‘No to Trident’ – (If you agree)

Join the campaign to expel Tony Blair from the Labour party.