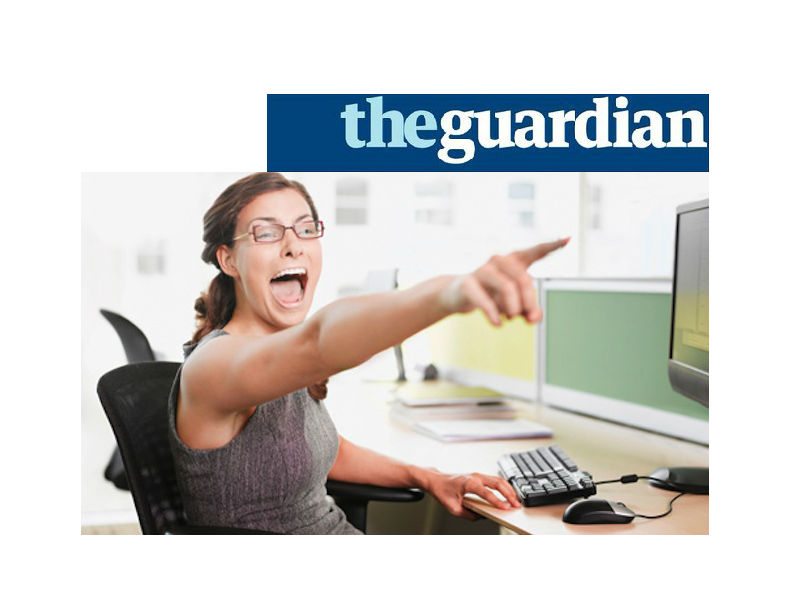 Guardian columnist and Corbyn agitator Polly Toynbee published an opinion piece on the current Labour party leadership battle, on Tuesday – and the levels of condescending obtuseness were staggering. Only to be matched by her detachedness from reality.

Entitled “For the Tories, closed ranks: for Labour, open warfare”, Toynbee’s broad point was that while the Conservatives were getting their act together, as it were, and falling in line behind their new leader, Labour were, and I quote, “a party in freefall”.

Of course, it was too big an ask of Toynbee to forage for a shred of historical context as to why the Labour party were having a very public implosion. No, the columnist and former member of the Social Democratic party (SDP, who attempted to destroy Labour in the 1980s) took the safe option.

She squeezed the “Blame Corbyn” klaxon with all her might.

To be fair to Toynbee, she dedicated half her piece to an admirable take down of Theresa May, the UK’s new prime minister. But then, considering May has a track record worthy of a modern day Enoch Powell, the Guardian columnist was not exactly spoilt for choice. It was Toynbee’s unabashed glee in carpet bombing Corbyn and his supporters with banal, inflammatory and wholly inaccurate jibes and slurs, which probably sticks in the throat the most.

She began by criticising Corbyn’s lack of defence against the Tories last week, on a crucial debate and vote on employment tribunals:

So outrageously inept is Jeremy Corbyn’s regime that Labour failed to mount a fight last week against the £1,200 charge for employment tribunals, which has seen a 70% fall in claims. Richard Burgon, the new shadow lord chancellor, simply missed its huge significance, and with no whip the government won by an astounding 135.

Firstly, here inferring that Burgon “missed its huge significance” is purposefully misleading. The MP for Leeds East was, firstly, at the Commons debate on the 4 July. Secondly, he and other Labour MP’s (including those who do not support Corbyn) made a robust defence. Thirdly, this was what’s called an “estimate day” debate, where it is traditional for the opposition to abstain.

Her claim of the government “winning” by an “astounding 135” on the debate is intentionally devious. The Labour benches were whipped in advance, and the decision to abstain was taken while some of the Shadow Cabinet (who later resigned) still held office. All Corbyn and Burgons’ fault this was not.

Furthermore, this wasn’t a vote on tribunal fees, per se – it was a vote on administrative matters surrounding the topic. The actual vote took place in a small committee, on 7 July – as Burgon wrote about the following day.

But twisting the truth appears to be Toynbee’s favourite line of attack in this particular column. And credit where credit is due. She makes a damned good job of it.

Discussing the recent local election results, she asserts that:

Despite Corbyn’s denials, Labour’s council election results were the worst since 1982, the first time an opposition has had net losses in a non-general election year.

This is not strictly true – and is stuffed full of unfettered bias.

Labour suffered a similarly bad defeat in 1985 under Neil Kinnock, which was at the same point in a parliamentary calendar as we find ourselves now. Furthermore, to assert that this was somehow Corbyn’s fault is disingenuous in the extreme. The rot actually began in 2014, under Ed Miliband, where Labour only managed to “win” the local elections by one percentage point – again, one of their worst results on record.

But it’s not so much Toynbee’s slights of hand with the facts that make her column so putrid. It’s her snivelling dismissal of Corbyn and his supporters which is thoroughly nauseating.

This is a party in freefall, but those facts make no impression on Labour’s new members. Professor Tim Bale has surveyed them and finds 77% who joined after Corbyn became leader believe he will win the next general election. Denial, delusion, magical thinking, call it what you will, they believe it. Worse, I’ve heard many say winning is shoddy Westminster elite stuff: conviction matters more, say some Trots but mainly ardent believers.

And… we’re off. “Trots”, used in the same sentence as “ardent believers” and the adjectives “denial”, “delusional” and the phrase “magical thinking”. As I described on Monday for The Canary, this is a textbook Labour elite tactic, as old as the hills. Brandish anyone who threatens the established order in the party as somehow extreme, to immediately nullify their views. Political “othering”.

Oh, silly us, Ms Toynbee! These people who’ve just joined the party (the one you tried to destroy yourself in the 1980’s) haven’t a clue! And obviously, their opinion doesn’t matter, either! We’ll just quietly shut up, while you and your ilk (who obviously know better) decide what’s good for us.

This is, fundamentally, what Toynbee is telling the Labour party members with which she happens to disagree . She writes, without irony, that:

Labour’s turmoil reflects a chronic collapse in the country. The old alliance of interests between working-class voters and a metropolitan left may be shattered beyond repair.

Either Toynbee is being intentionally condescending and obtuse, or she has spent far too long in Fitzrovian wine bars to be able to see past the haze of vintage Savennière and green olive tapenade. Because this “old alliance” of the working class and, well – her “type” – has not suddenly fractured under Corbyn.

The working class vote has been slowly destroyed by Labour for years, culminating in the EU referendum result.

As I wrote previously, Middlesbrough (one of the most deprived towns in the UK, and traditionally a Labour stronghold) has basically given up on the party:

Andy McDonald MP was only elected by the will of 30% of the electorate, on a 52% turnout. The national turnout for the 2015 general election was 66.1%. On average, each of the Labour councillors that were elected in 2015 gained office with only 25% of the public voting for them, and the Mayor received just 20.1% of the vote.

Going by these figures, the public are utterly disengaged with politics. And this goes some way, when combined with the appalling statistics on poverty in the area, to explaining why people voted to leave the EU, and why the turnout in the referendum there was 64.9% – higher than the general election.

It’s not Corbyn who has severed the working class from Labour’s metropolitan, “do as we say” elite. When you repeatedly beat a dog with a stick, time and time again, it will eventually turn and bite you. The working classes have sunk their teeth into the rump of Toynbee and her ilk – and all she and the rest of her establishment drones can do is yelp pitifully, that it’s somehow our fault. Bad dogs! We trained you better than this!

Polly Toynbee encapsulates the problem facing the left. An individual so detached from the society that she self-professes to represent, that even newspapers like the Guardian publish her gratuitously haughty, sneering perspective. All ready to be lapped up by metropolitan PR hipsters, over a lunch of  quinoa salad washed down with lashings of craft ale.

And her dross will be lapped up – because that’s how deep the media bias against Corbyn now runs.

When comments like Toynbee’s are considered as educated, reasonable musings, we have gone down the rabbit hole, smashed the looking glass at the bottom and are now taking an axe to the wardrobe that leads to f*cking Narnia.

Could someone get me a ticket back to Kansas, please? And quickly.