Angela Eagle's Facebook campaign has descended into absolute farce, and it's hilarious - Canary 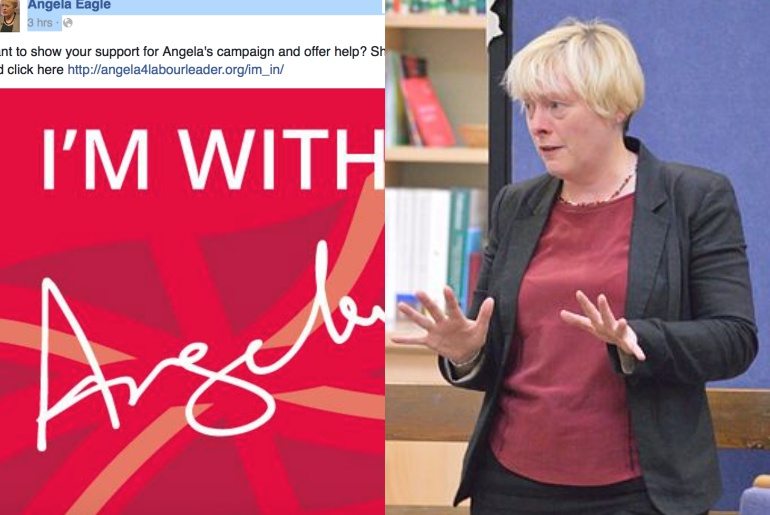 Angela Eagle’s campaign has not got off to a very good start. The mainstream media abandoned her launch in favour of Andrea Leadsom’s announcement that she was pulling out of the race. And, the BBC cut away from her speech in favour of Leadsom’s closed front door. Unfortunately for Eagle, her social media launch has been even worse, with people flocking to her posts to show their support for Corbyn.

And her social media engagement has been great – with 6.9k reactions, and over 37,000 comments. But there’s just one problem – it’s hard to find a single one that’s actually in favour of her campaign. 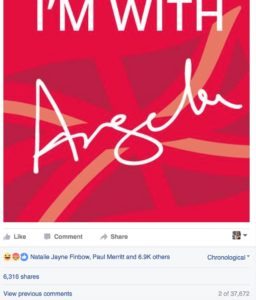 Instead, there are reams of comments stating #imwithcorbyn, #keepcorbyn, and variations on this theme. Some varied into #haveaguesswhatmycommentsgunnabe and #notgoingsowellisit. The one comment which could have been viewed as positive, #goangela, was negated a few minutes later by the author posting #onlykidding. 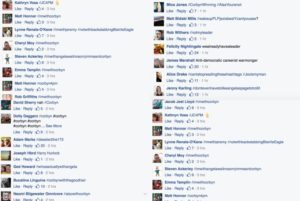 And it isn’t just this one post. Every post about her campaign for leadership has thousands of comments, all supporting Corbyn.

Undeterred, she tried another post (which has since been deleted) in which she patronised Corbyn supporters as being good, well-intentioned people but explaining to the masses that he wasn’t up for the job of leader. This post received 2080 comments within 47 minutes.

Meanwhile, Saving Labour are still being cagey about the numbers of supporters they have for their attempted coup. An email sent out to supporters claims:

Thank you to the tens of thousands of you who have joined our #SavingLabour campaign.

Yet, as previously reported there is no way of verifying how many people are actually backing the campaign. Meanwhile, the petition of confidence in Jeremy Corbyn has 265,000 signatures, whereas the petition calling for him to resign has just 650 supporters.

This isn’t a conspiracy. This isn’t a group of hard left supporters taking over social media. This is about ordinary people, Labour party members, who had an election last year and voted for Corbyn, and want to see their democratically elected leader remain. They are angry and frustrated by an elite who seem determined to tear the party apart.

Eagle doesn’t appear to have any policies, her voting record is appalling, and repeating her mantra of needing a strong leader is not convincing anyone. If she really wants to “unite” the party, she needs to drop this ridiculous leadership challenge which anyone can see is causing more divisions rather than healing wounds.

Else, as the Tories reunite under Theresa May’s leadership, we really will be faced with decades of Conservative rule.

If you are current or potential Labour supporters, you can sign this petition to back Jeremy Corbyn (if you haven’t already).